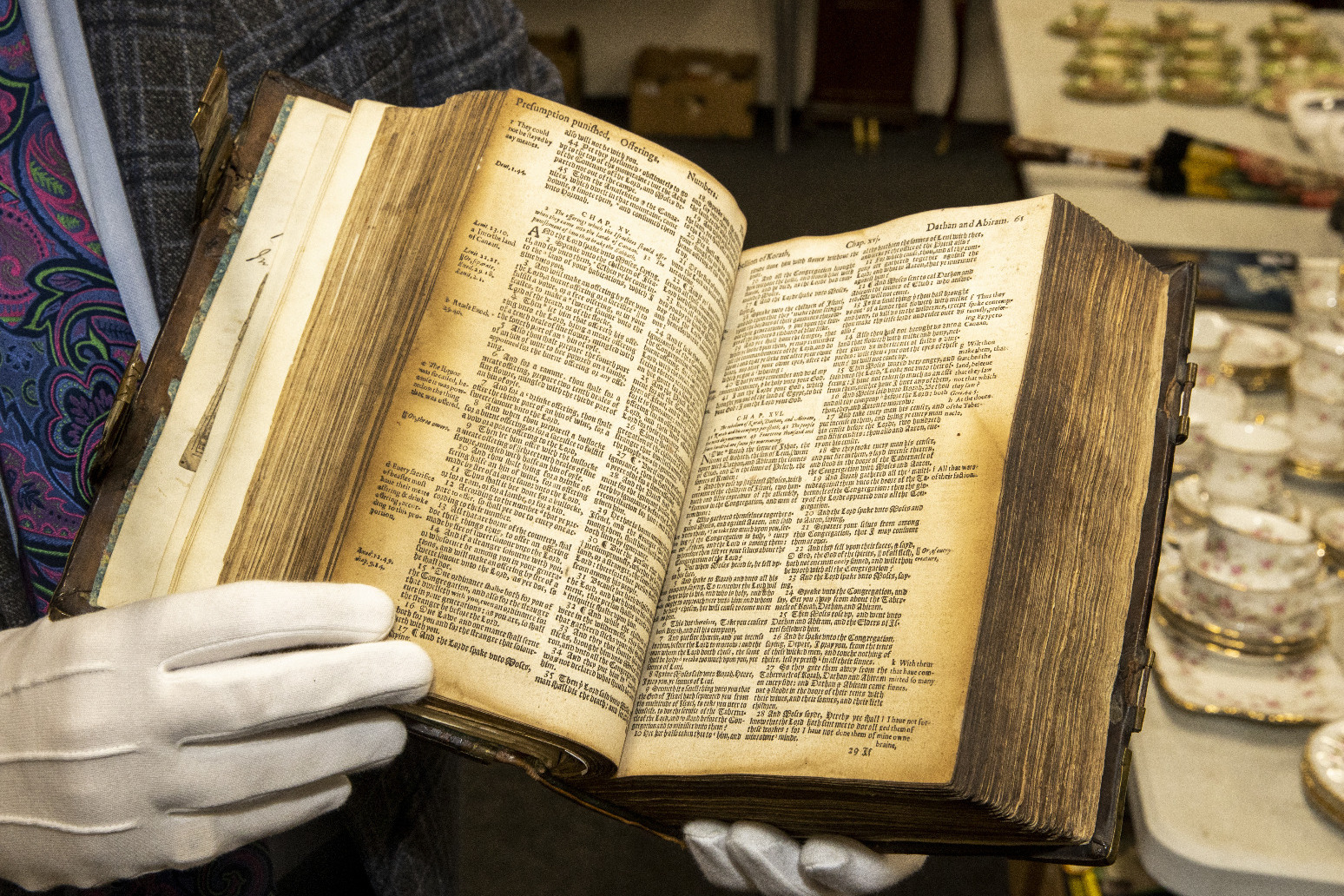 The Geneva Bible is believed to date back to 1615

The Geneva Bible, which is believed to date back to 1615, attracted a lot of interest, auctioneer Karl Bennett said at the sale in the east of the city.

Bidding at Bloomfield Auctions started at £6,000 before swiftly reaching five figures and finishing with the winning bid of £20,000 on Tuesday afternoon.

This was almost twice what it had been expected to sell for.

The book is thought to have travelled from Devon with its former owner Elizabeth Pole in 1633 to what is now Massachusetts in the US, on the Speedwell pilgrim boat.

Mr Bennett said: “We have been fortunate to have many interesting and historic items for sale at Bloomfield Auctions and this has been one of the most exciting. The Elizabeth Pole Bible is a piece of world history.

“It was carried by an inspirational woman from her home in rural Devon to the New World where she joined the Founding Fathers, before going on to establish the town of Taunton, Massachusetts.

“The attention that the bible drew from both sides of the Atlantic is testament to the extraordinary life of Elizabeth Pole, and how these early pioneers helped found a country that has influenced every part of the world.”

The Geneva Bible has been described as one of the most historically significant translations of the Bible.

It was the first mechanically printed, mass-produced Bible available to the public and pre-dates the King James Bible by 50 years.

Copies of it were carried by the Pilgrims on the Mayflower to the New World.

The edition sold by Bloomfield Auctions was owned by Ms Pole, who travelled with her brother on the Speedwell to the Plymouth Colony in 1633 and founded the town of Taunton, Massachusetts.

She is believed to have been the first woman to establish a town in North America.

It remained in the possession of the Pole-Carew family until the mid-20th century when it was sold to a collector from Northern Ireland.

The Bible was sold as part of a private collection.