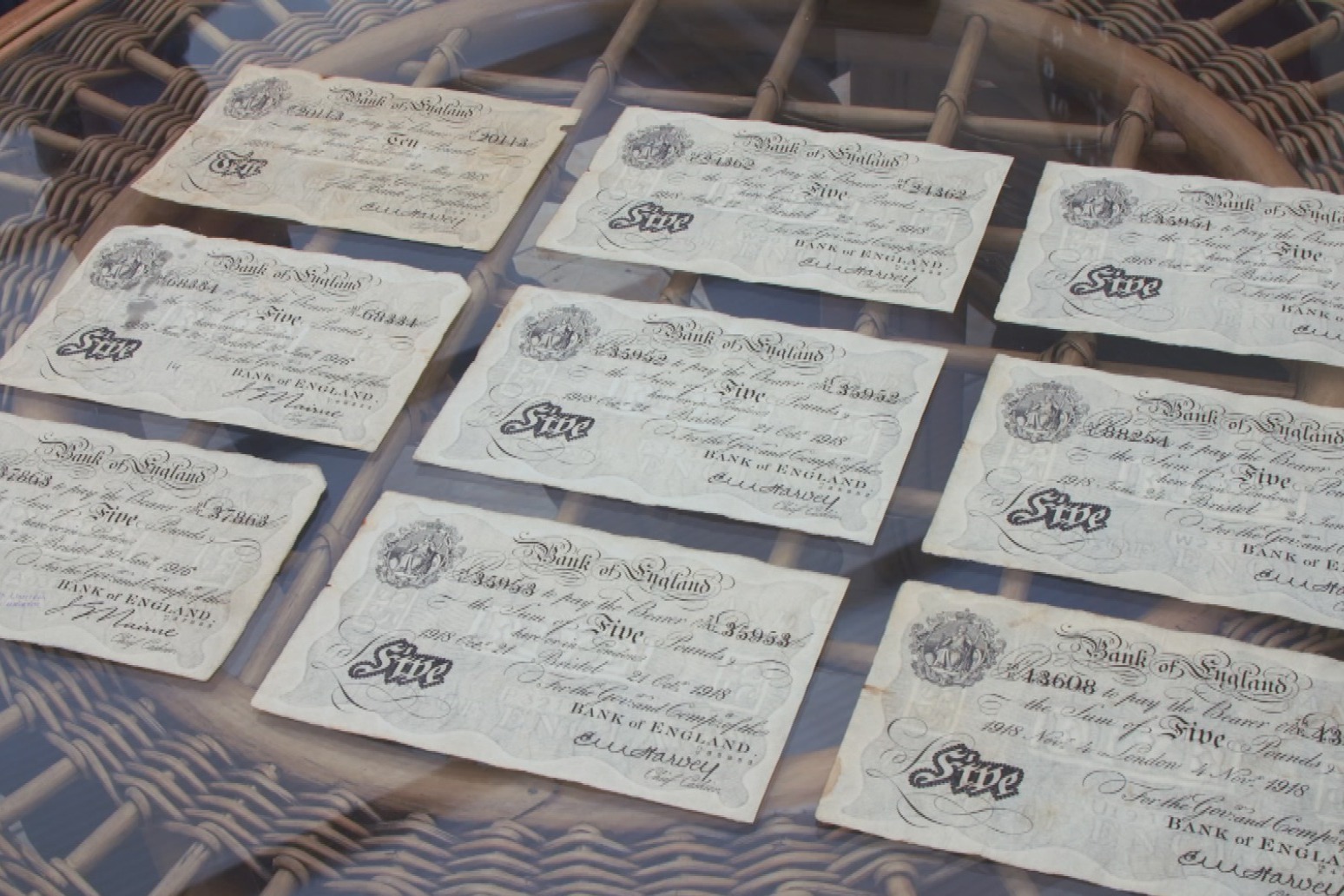 A retired couple have been left in shock after a collection of rare banknotes they discovered more than 30 years ago sold for £51,000 on Channel 5’s Cash In The Attic.

The sale marks a series record for the programme, which helps people try to sell potential hidden treasures from their homes at auction.

Retired builder Vic Witt and his wife Janet Witt discovered the banknotes, which date back to between 1916 and 1918, while renovating their otherwise ordinary two-bedroom house in Beaminster, Dorset.

Mrs Witt originally signed up to Cash In The Attic hoping to raise £3,000 from the sale of the notes to take 11 members of her family, from across four generations, on holiday to celebrate their diamond wedding anniversary.

The first note sold for £8,000, with the remaining individual notes all also selling for four-figure sums. Three £5 notes, with consecutive serial numbers, were sold as one lot for £16,000.

After all nine notes had been up for auction it was revealed that the buyer of every note was the president of the International Bank Note Society.

On closer inspection it was discovered that eight of the notes were issued in the couple’s local mint in Bristol, with one issued in London.

While white banknotes in London from the early 1900s are relatively common, often with an estimated value of between £50-£100, Bristol-issued white banknotes are much rarer.

As a result of their rarity, appraisers on the show found it difficult to offer an accurate estimate.

Mr Witt said said: “I have been dying to know a little bit about these notes.

“I was a builder and bought a house in Beaminster. And we were doing it up and I happened to walk beneath the stairs and there was a hole and I pulled this tin out (containing the notes). It was thirty-two years ago.”

Appraiser David Fergus added: “To find one Bank of England white £5 note is unusual, to find this many, and the £10 note, it’s unheard of. I’ve never come across this before. It’s absolutely incredible.”

As a result of the final total – a series record of £51,489 – a delighted Mr and Mrs Witt realised they would be able to treat their family to a far more elaborate anniversary celebration.

Mrs Witt said: “Never in my wildest dreams did I ever expect those notes to get that sort of money. And now from a very simple diamond wedding celebration with the family, I am hoping I can take them all on a lovely cruise.”

She added: “We can have a cruise and hopefully put some money in our retirement pot. It’s absolutely amazing.”

The couple’s Cash In The Attic story aired on September 5 at 6pm on Channel 5.

Cash In The Attic airs weekdays at 6pm on Channel 5.