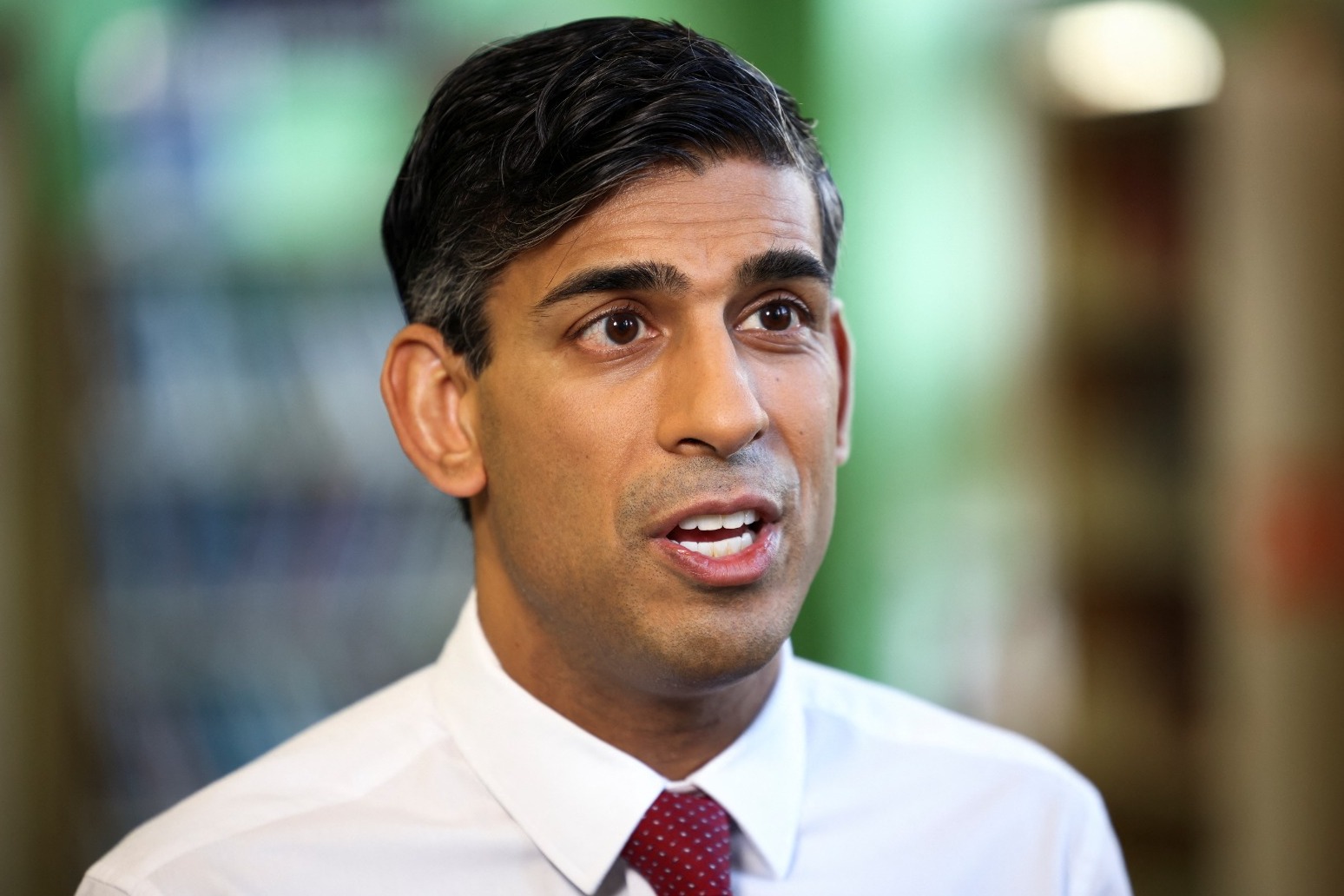 Prime Minister Rishi Sunak has urged health leaders at an emergency meeting to take “bold and radical” action to alleviate the winter crisis in the NHS.

Mr Sunak told them during Downing Street talks on Saturday that a “business-as-usual mindset won’t fix the challenges we face”.

Critics said the discussions were a “talking shop” that will fail to ease the vast pressure on frontline services after “years of inaction”.

England’s chief medical officer Professor Sir Chris Whitty and NHS England chief executive Amanda Pritchard were among those summoned to No 10 for a rare weekend meeting.

Senior doctors have warned the NHS is on a knife-edge, with many A&E units struggling to keep up with demand and trusts and ambulance services declaring critical incidents.

A wave of strikes and high levels of flu and coronavirus are compounding the huge pressures in the health service.

He was to explore ideas during the so-called NHS recovery forum on how to improve ambulance and A&E performance, cut waiting times for surgery and relieve pressure from GPs.

Mr Sunak told health and social care leaders he recognised the “tough time” they have experienced over the last couple of years.

“During the pandemic we had to bring boldness and radicalism to how we did things in order to get through,” he said, according to Downing Street.

“I think we need that same bold and radical approach now because a business-as-usual mindset won’t fix the challenges we face.”

Mr Sunak said he was filled with “enormous confidence” hearing examples “in different bits of the health service where things are going well”.

“Together today, we can figure out the things that will make the biggest difference to the country and everyone’s family, in the short and medium term,” he added.

Leaving the meeting, consultant physician James Dunbar told reporters he was “confident that action will be taken” but not optimistic the crisis would be dealt with before spring.

“These are difficult problems to fix though, so I think it’s unlikely we’ll have it sorted by the end of this winter,” he said.

The Prime Minister was expecting to seek technological advice on issues such as supporting home care and having “virtual wards”.

The British Medical Association, the trade union for doctors – which was not invited to the meeting – urged Mr Sunak to negotiate with striking health workers because “any recovery plan is dead on arrival unless it addresses the workforce crisis crushing our health service”.

Chair of council Professor Philip Banfield said: “It tells you everything you need to know about this Government’s approach that the only people not invited to an NHS recovery forum are the NHS workforce.

“He needs to sit down with us to discuss pay – and he needs to do it now.”

Matthew Taylor, chief executive of the NHS Confederation representing NHS organisations, said there are “no silver bullets” to solve the crisis after “decades of underinvestment”.

“This crisis has been a decade or more in the making and we are now paying the high price for years of inaction and managed decline,” he said ahead of the meeting.

“Patients are experiencing delays that we haven’t seen for years.”

Shadow health secretary Wes Streeting said: “The only thing to have emerged from the Prime Minister’s talking shop is a series of photographs of the event.

“Rishi Sunak gives all the impression of someone who doesn’t use the NHS and is now catching up with patients and staff who’ve been crying out for help in the midst of the biggest crisis in the NHS’s history.

“We need a little less conversation and a little more action.”

“How many more meetings does the PM need to hold before he decides to actually do something? How many more patients need to needlessly die?” she said. “The time for action is now.”

The Prime Minister this week made reducing NHS waiting lists one of his key pledges over the next two years, but strike action is only making the crisis harder to relieve.

On Monday, Mr Barclay will meet union leaders to discuss NHS pay for the next financial year in talks that are unlikely to avert planned strikes.

She told BBC Radio 4’s Today programme: “We’ll, of course, go to the meeting and make the case for nursing in all forums, but it’s sadly not what’s going to prevent strike action that’s planned for 10 days’ time.

A Department of Health and Social Care source said the Health Secretary plans to host an “honest and constructive conversation about what is affordable for NHS pay in the coming year”.