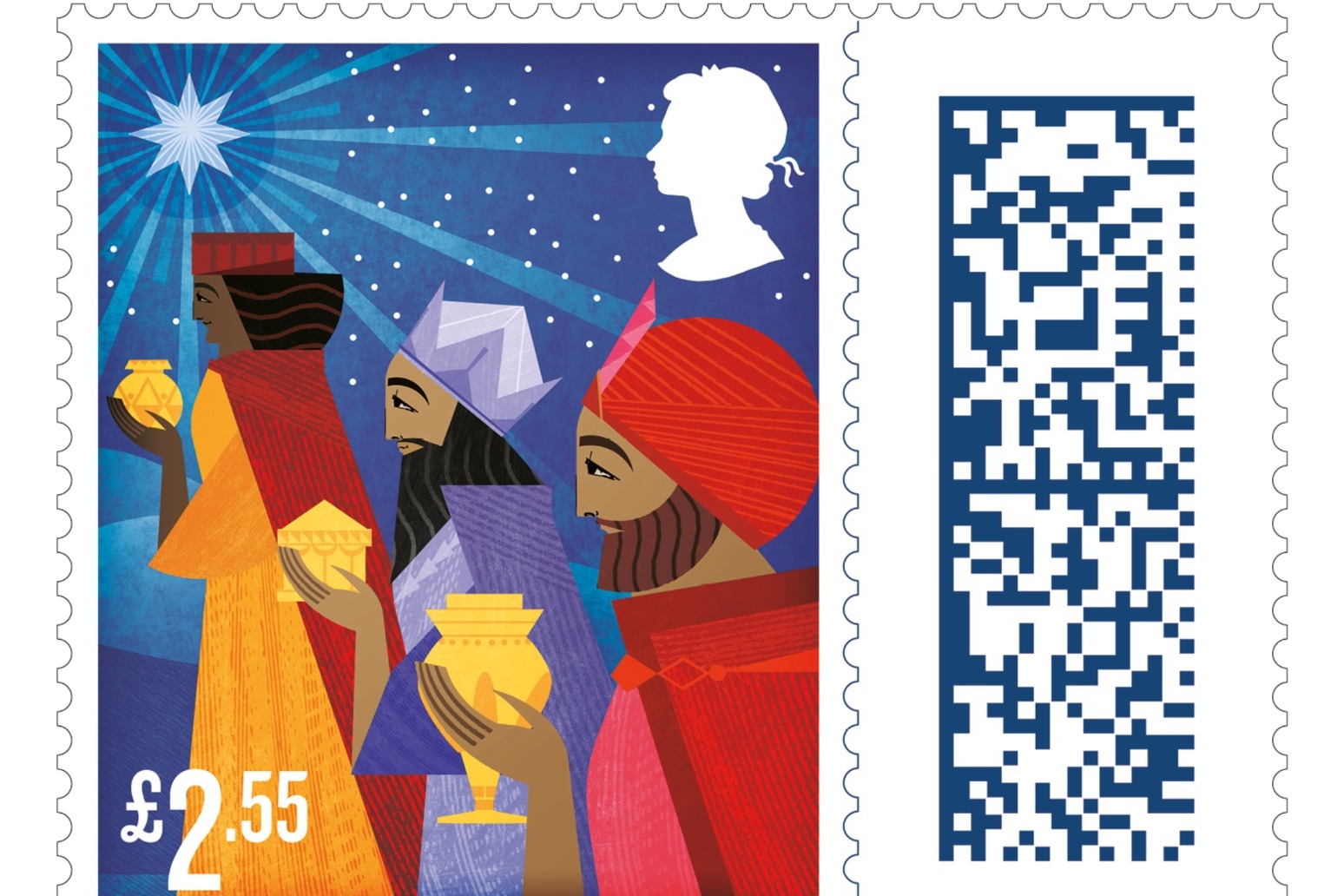 Royal Mail has released a Christmas stamp collection featuring the Queen’s silhouette for the final time.

The set of six Art Deco-style stamps focus on key moments from the Nativity, and each bears an outline of the late monarch for the last time in more than 50 years.

Designed by Arnold Machin, the distinctive silhouette of the Queen’s profile facing left and wearing the Diamond Diadem has appeared on festive stamps since 1967, according to the Postal Museum.

They depict key images from the Nativity story, including the journey to Bethlehem and the Magi being guided by the star.

Each stamp also bears a barcode which customers can scan via the Royal Mail app to watch a festive video of Shaun the Sheep, created by Aardman Studios.

Royal Mail policy director David Gold said: “Our Christmas stamp issue is always much anticipated, and it is one we particularly look forward to.

“The charming style of these designs sets the perfect tone for the festive season.”

Post offices have urged people posting Christmas cards this year to send them early – by December 19 for parcels using second-class stamps, and by December 21 for those sent first-class.

While it is the last time the Queen’s silhouette will feature on a Christmas collection, there are stamps to be issued over the coming months that she approved which will still display her silhouette.