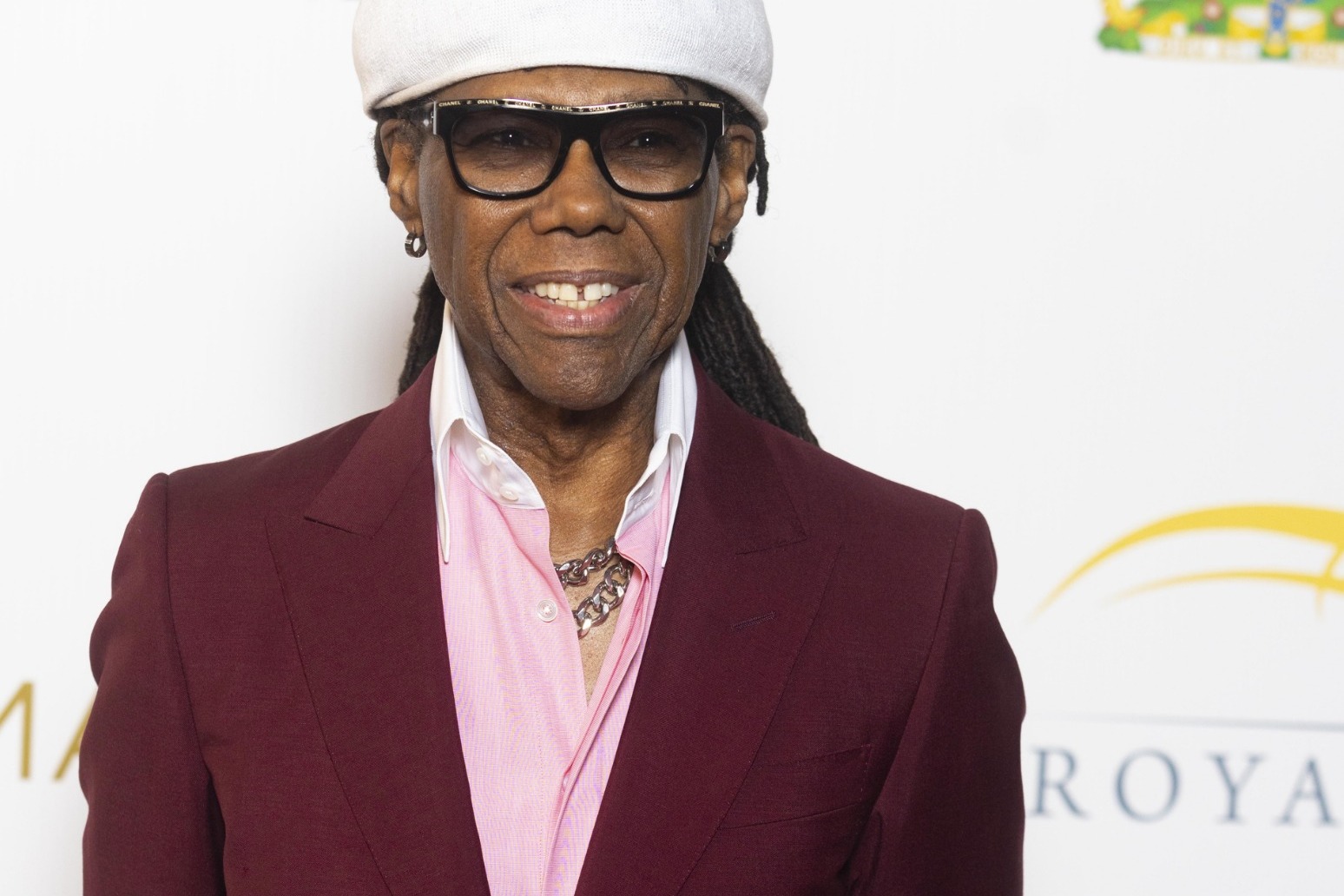 Chic frontman Nile Rodgers welcomed a host of special guests including singer Sam Ryder and comedians Lee Mack and Al Murray onto the stage at the Royal Variety Performance.

The super group, dubbed Shabby Chic, also included comedians Maisy Adam, who shook a pair of maracas, while Frank Skinner strummed on a banjo and David Baddiel played an electric guitar on stage.

The performance was part of a pre-recorded show which will air on Tuesday at 8pm on ITV.

The Earl and Countess of Wessex attended the recording of the 95th Royal Variety Performance, which saw comedian Mack host at the Royal Albert Hall in London.

Ahead of the show, 54-year-old Mack said: “I used to watch it growing up with the family so I’m so pleased to be able to host this big wonderful variety show.

“I’ve performed at The Royal Variety before, but to host it feels very different because the amount of people who have hosted the show over the years, some of the greats like Bob Hope and Bruce Forsyth.”

Mack said his favourite Royal Variety Performance from over the years was when Freddie Starr impersonated Mick Jagger.

“The shows are always great but Freddie Starr’s first appearance at The Royal Variety show was absolutely brilliant.

“(As host) I’m looking forward to be able to do things I wouldn’t normally be doing and getting involved with other things.

“I’m a massive fan of doing stuff that I don’t normally do, like playing in Soccer Aid or being a magician’s assistant.

“So, things that weren’t part of the job when I started.”

He added: “We’ve got lots of surprises up our sleeves and to be able to host a night where you are literally swinging the pendulum from a slow song to acrobats, the variety is incredible and to be able to welcome these people on stage is going to be great.

“My wife and children are coming. I don’t think my children have ever seen me do a stand-up ever and the kids will love the show. We’ve got some great acts on.”

Wearing a classic tuxedo, Mack played a white electric guitar alongside Rodgers and Ryder while Murray strummed a drum

Frank Skinner, David Baddiel and The Lightning Seeds entertain the audience with a very special rendition of their hit ‘Three Lions’.

The Royal Variety Performance will air at 8pm on ITV1 and ITVX.