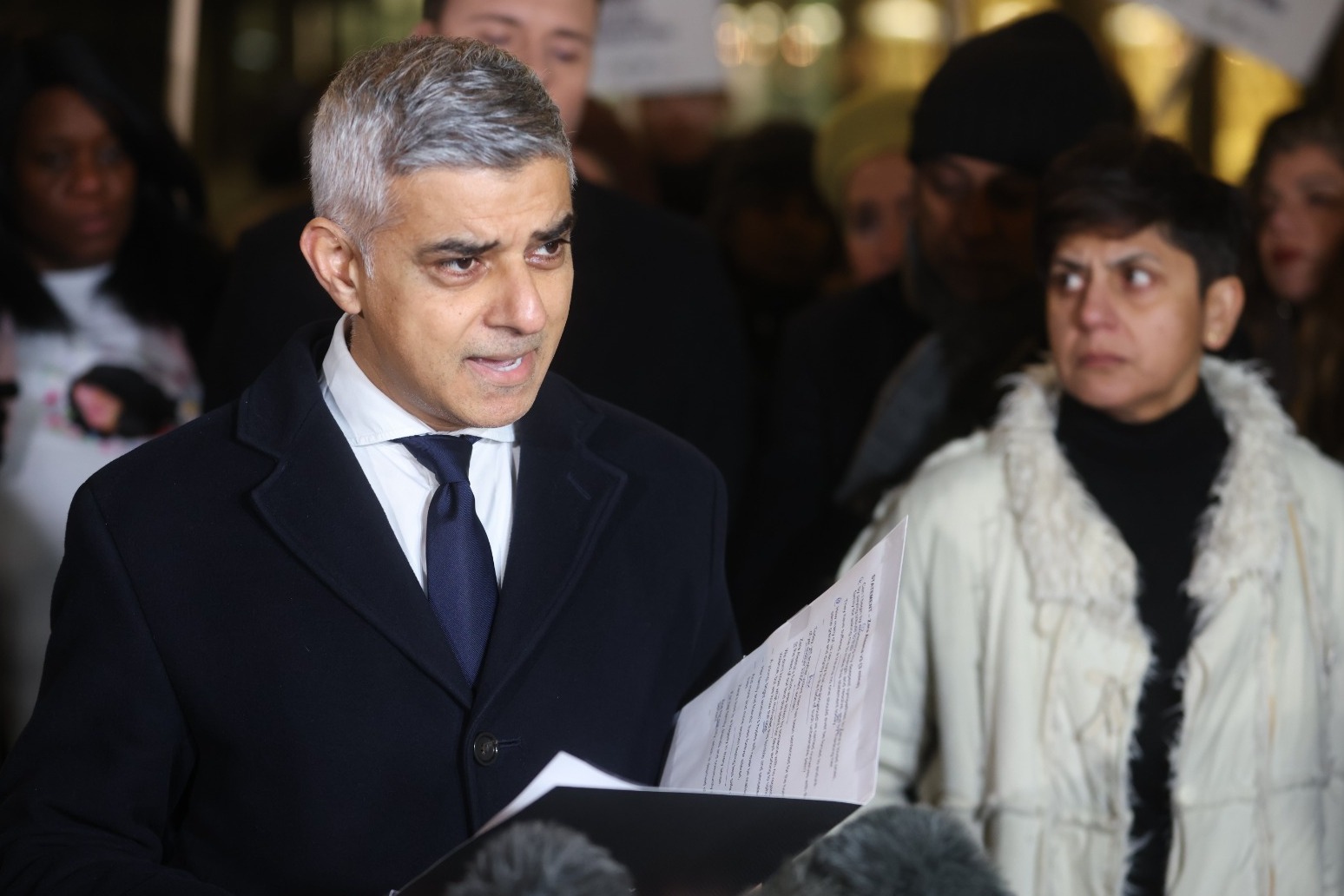 Mayor of London Sadiq Khan is set to criticise the Government’s “denial and avoidance” of the “immense damage” Brexit is doing to the country.

In a speech at London’s Mansion House Government dinner on Thursday, he will argue for a shift away from the current “unnecessarily hardline version” of Brexit towards greater alignment with Europe.

The mayor is expected to say: “I simply can’t keep quiet about the immense damage Brexit is doing.

“Ministers seem to have developed selective amnesia when it comes to one of the root causes of our problems.

“Brexit can’t be airbrushed out of history or the consequences wished away.”

Although the criticism is aimed at the Conservative Government, it could also be seen as a veiled swipe at Labour leader Sir Keir Starmer’s stance on Brexit from a party heavyweight.

Sir Keir, despite campaigning for Remain in the 2016 referendum, has recently taken a hardline stance on Brexit, ruling out bringing back free movement of people and arguing there is “no case” for rejoining the EU’s single market.

Instead, Sir Keir insisted Labour would fix the gaps in the Government’s Brexit deal to then “make Brexit work”.

Mr Khan will point to the economic effects of Brexit, including a reduction of GDP by 5.5%, and set out how to “sensibly and maturely mitigate the damage that’s being inflicted”.

He will say: “After two years of denial and avoidance, we must now confront the hard truth: Brexit isn’t working.

“It’s weakened our economy, fractured our union and diminished our reputation. But, crucially, not beyond repair.

“We need greater alignment with our European neighbours – a shift from this extreme, hard Brexit we have now to a workable version that serves our economy and people.

“That includes having a pragmatic debate about the benefits of being a part of the customs union and the single market.”

He will acknowledge that “no one wants to see a return to the division and deadlock” of recent years, while arguing that Brexit’s detrimental effect “at a time when we can least afford it” must be addressed.