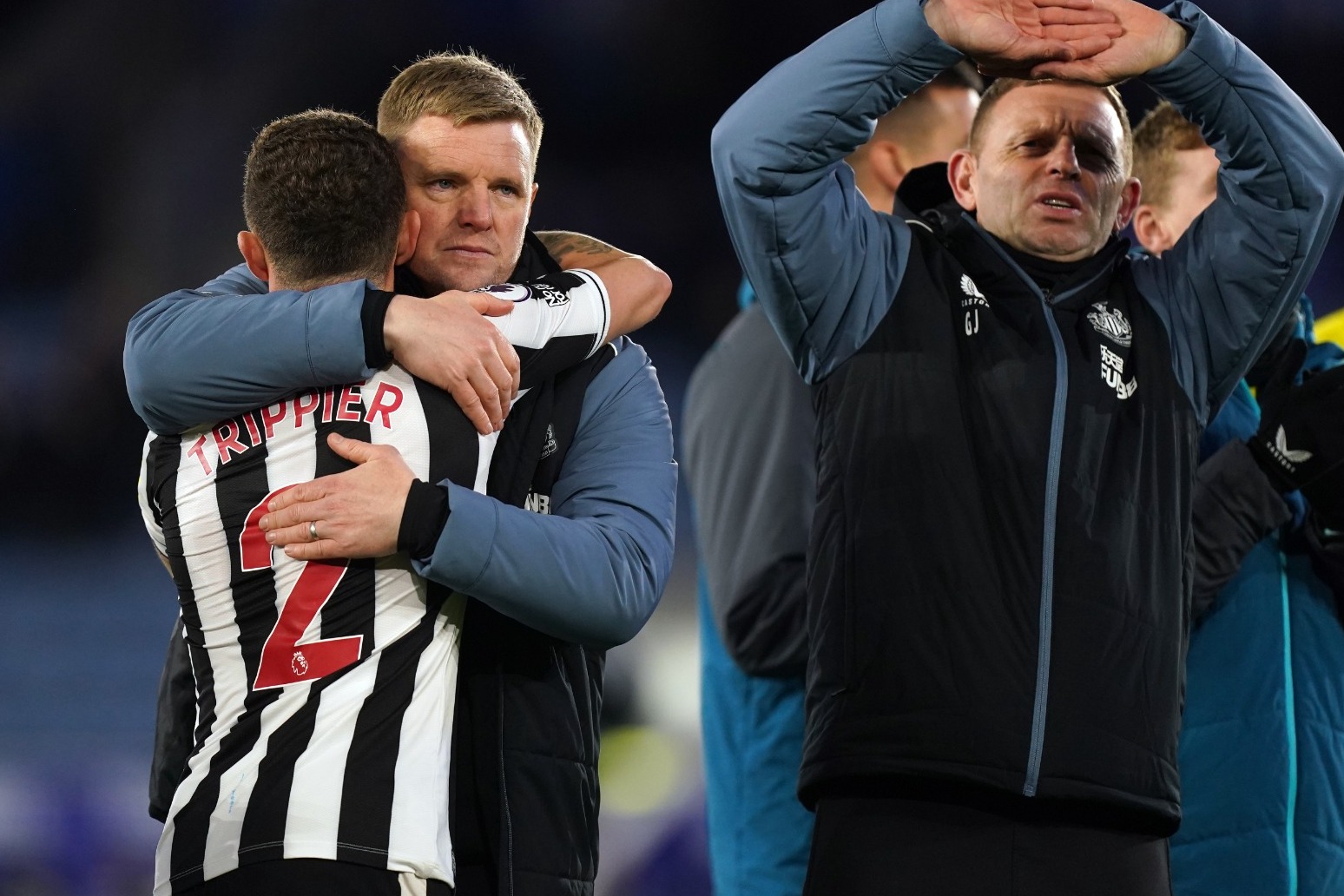 Newcastle’s Boxing Day exploits could not be witnessed by the vast majority of football fans in Saudi Arabia as the country’s government continues to block a key signal controlling access to Premier League football.

The Magpies, who are owned by the kingdom’s sovereign wealth fund, climbed to second in the English top flight with a 3-0 win at Leicester on Monday, but almost everyone based in Saudi Arabia would have been unable to see it.

The country’s government has blocked the signal for beIN SPORTS’ TOD streaming service since an hour before the World Cup opening match on November 20. The stream is how the majority of users access beIN’s subscription services, with a small percentage accessing it via a set-top box.

Despite attempts by the Qatar-based broadcaster to lobby the Saudis and FIFA over the World Cup block, it remained in place throughout the tournament meaning the majority of matches could not be viewed in the kingdom.

The block was not lifted either when the Premier League resumed on Boxing Day. An industry source described the Saudi move as “embarrassing” and “self-harming”, adding: “They look ludicrous.”

The timing of the block seems bizarre in the extreme. As well as the connection to Newcastle – who are majority controlled by the Saudi Public Investment Fund (PIF) and who have announced numerous commercial tie-ins with Saudi companies since the takeover in October last year – the state’s sports minister Prince Abdulaziz bin Turki Al Faisal gave media interviews last month saying his government would support Saudi private sector bids to buy Liverpool and Manchester United.

Sport is seen as a key pillar in Saudi Arabia’s ‘Vision 2030’ project. The country is interested in co-hosting the 2030 men’s World Cup in football and has already staged high-profile boxing bouts and Formula One grands prix.

PIF had even been linked with a buyout of beIN, or at the very least an investment in it, prior to the signal blockage.

The Premier League has so far declined to comment on the matter. Commercially, it is a far less serious issue for the league than the piracy of beIN’s services between 2017 and 2019, which it sought to challenge through the courts and which a World Trade Organisation report found had been facilitated by the Saudi state.

Nevertheless, were it to become a long-term issue it would impact the amount beIN would be willing to pay in the next rights cycle if it is unable to screen matches in one of the countries it is meant to own the rights for. beIN’s current deal runs until 2025.

A network called beoutQ which operated for two years out of Saudi Arabia between 2017 and 2019 stole content, including live Premier League football, from beIN at a time when there was a diplomatic dispute between Saudi Arabia and neighbouring Qatar. The WTO found the Saudi government had breached rules on the protection of intellectual property rights through its failure to prosecute the pirate broadcaster.

The Premier League never publicly acknowledged that piracy or the diplomatic dispute was a factor in delays around the Saudi takeover of Newcastle. However, the lifting of a ban on beIN in Saudi Arabia in October last year was swiftly followed by the Premier League granting approval for the takeover to proceed.

The Premier League said it had received assurances that there would be no Saudi state interference in the running of Newcastle, despite Crown Prince Mohammed bin Salman being the chairman of the PIF.