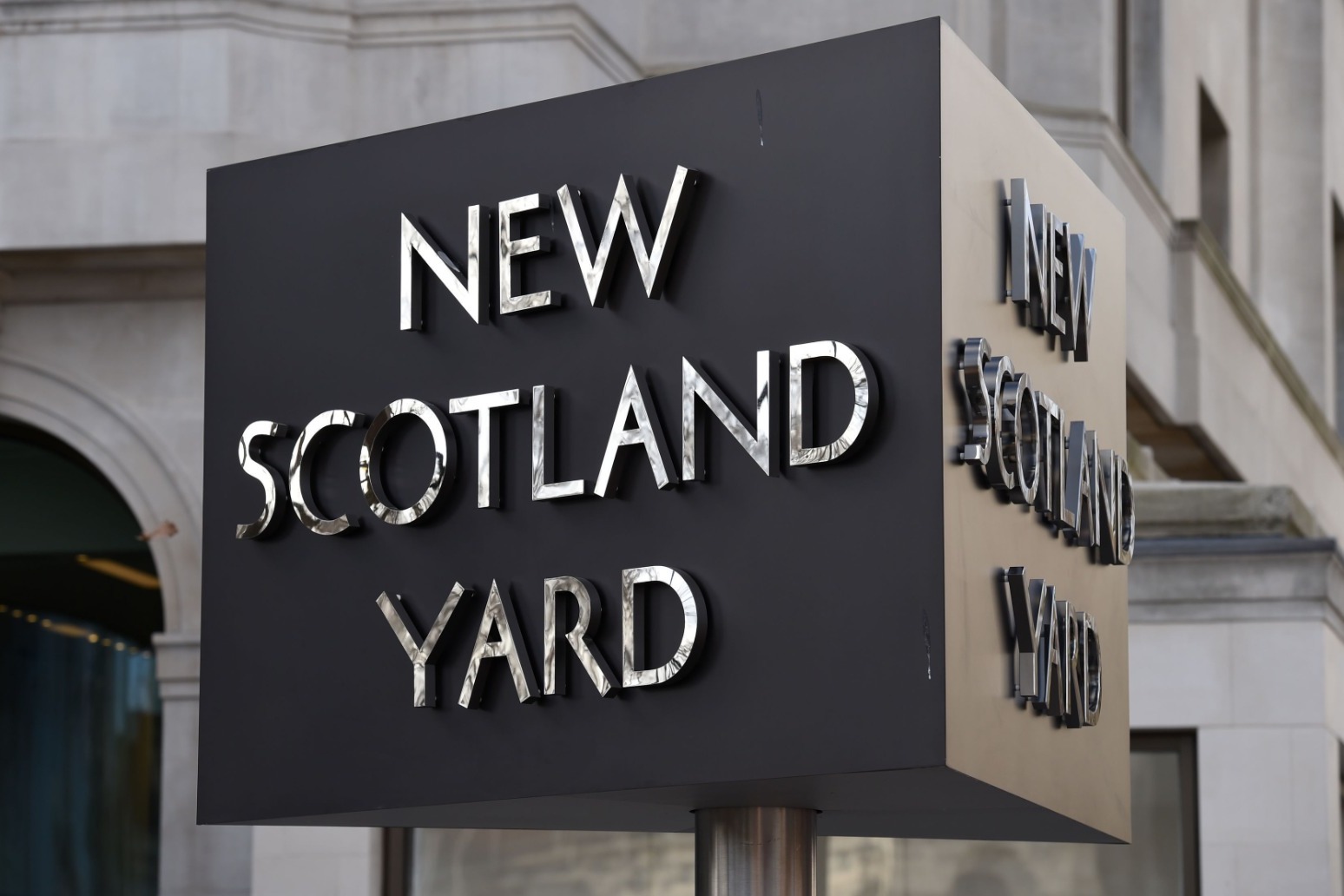 The Metropolitan Police has been heavily criticised over failures in both its anti-corruption and disciplinary procedures, which have left hundreds of corrupt officers and staff still serving.

It will be the first force in the UK to have a hotline of this kind.

Commander James Harman, head of the Anti-Corruption and Abuse Command, said: “What we want to do with this hotline is to say to the public, we want information about officers who are fundamentally corrupt or who are abusing their policing position.

“And we want to recognise that for members of the public who are trapped in a relationship of corrupt and abusive use of power, they might not know where to go.

“What we are offering them is a hotline by Crimestoppers, an independent charity with a well-known, well-trusted brand, where someone can reach out for help, anonymously or not, to tell us about corruption or abuse in the Met.

“This will offer people a different way to seek help that they might not otherwise have felt able to do.”

People can contact the line anonymously with information about officers or staff who take bribes, use their powers for sex, are abusive towards their partner or family, or are racist, homophobic or misogynistic.

It comes after a series of disturbing scandals surrounding officer culture and behaviour at the Met, including the rape and murder of Sarah Everard by a serving officer.

There was also outrage over racist and misogynist messages shared by officers based at Charing Cross; two officers who shared pictures of the bodies of murder victims Nicole Smallman and Bibaa Henry; and the strip searching of schoolchildren.

Meanwhile a watchdog found that the force’s anti-corruption systems are not fit for purpose, and a damning review of disciplinary procedures by Baroness Casey found officers and staff were getting away with misconduct and breaking the law, in a conduct system that is itself racist and misogynist.

Mr Harman added: “We recognise that we’ve had far too many very serious cases where the public have felt let down and been let down by our officers and staff.

“I think the Met now, recognising how much that trust has been damaged, wants to get on the front foot in demonstrating we are proactively seeking to rebuild confidence, and part of that is about ensuring that we’re doing everything we can to drive up high standards in our organisation.

“So we’re very proud to be the first force taking what we think is a bold but necessary step, to ask the public for their help in identifying officers and staff that are letting us all down so very badly.”

The creation of the hotline follows the setting up of a new anti-corruption command at the Met, likened to the AC-12 unit in the BBC police drama Line Of Duty.

More staff have also been moved to the force’s professional standards department.