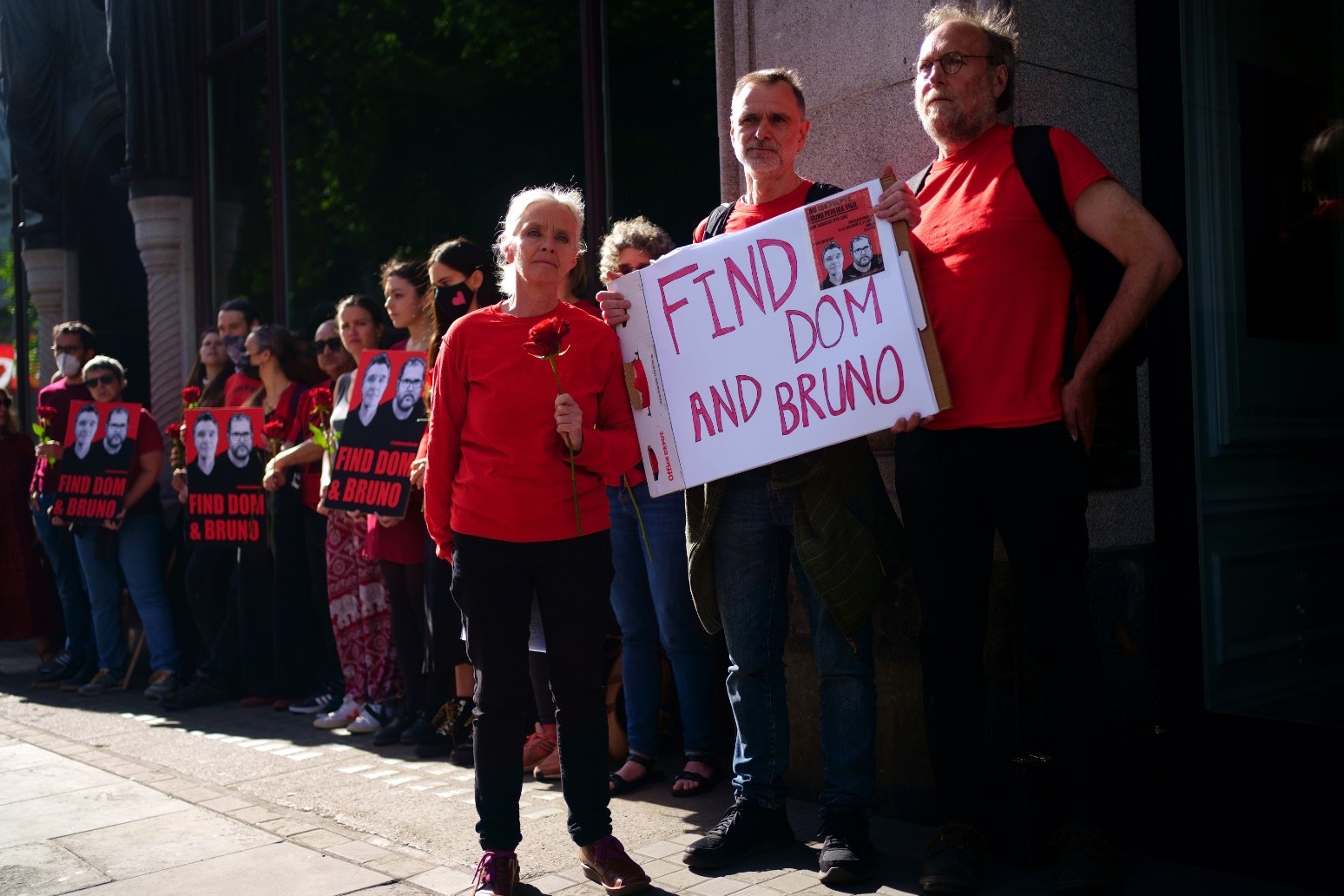 Mr Phillips, 57, and Mr Pereira, 41, vanished from a remote part of the Amazon last week and are believed to have been last seen early on Sunday June 5 in the Sao Rafael community.

The development comes as the family of Mr Phillips have said their hopes of finding him alive have faded.

In a statement reported by The Guardian, Maria Lucia Farias Sampaio, Mr Phillips’ mother-in-law, said she believed the pair were dead.

“They are no longer with us”, she said.

“Mother nature has snatched them away with a grateful embrace. The material has been undone and incorporated into the earth they so loved and respected.

“Their souls have joined those of so many others who gave their lives in defence of the rainforest and Indigenous peoples. Today they form part of an immense and pulsating vital energy that emanates from this immense greenery that is the heart of Brazil.”

Reports emerged on Saturday that police searching for the two men had discovered human matter in the Itaquai River, near Atalaia do Norte’s port.

Authorities previously said blood found on a suspect’s boat had been sent for analysis.

Amarildo da Costa de Oliveira, 41, also known as Pelado, was earlier named as a suspect and arrested for allegedly carrying a firearm without a permit, a common practice in the region.

Police did not clarify why he was being treated as a suspect but he is thought to have been among a group of men who threatened the missing men near an indigenous territory on Saturday June 4.

A GoFundMe set up by friends of the men surpassed its 20,000 dollar goal early on Monday.