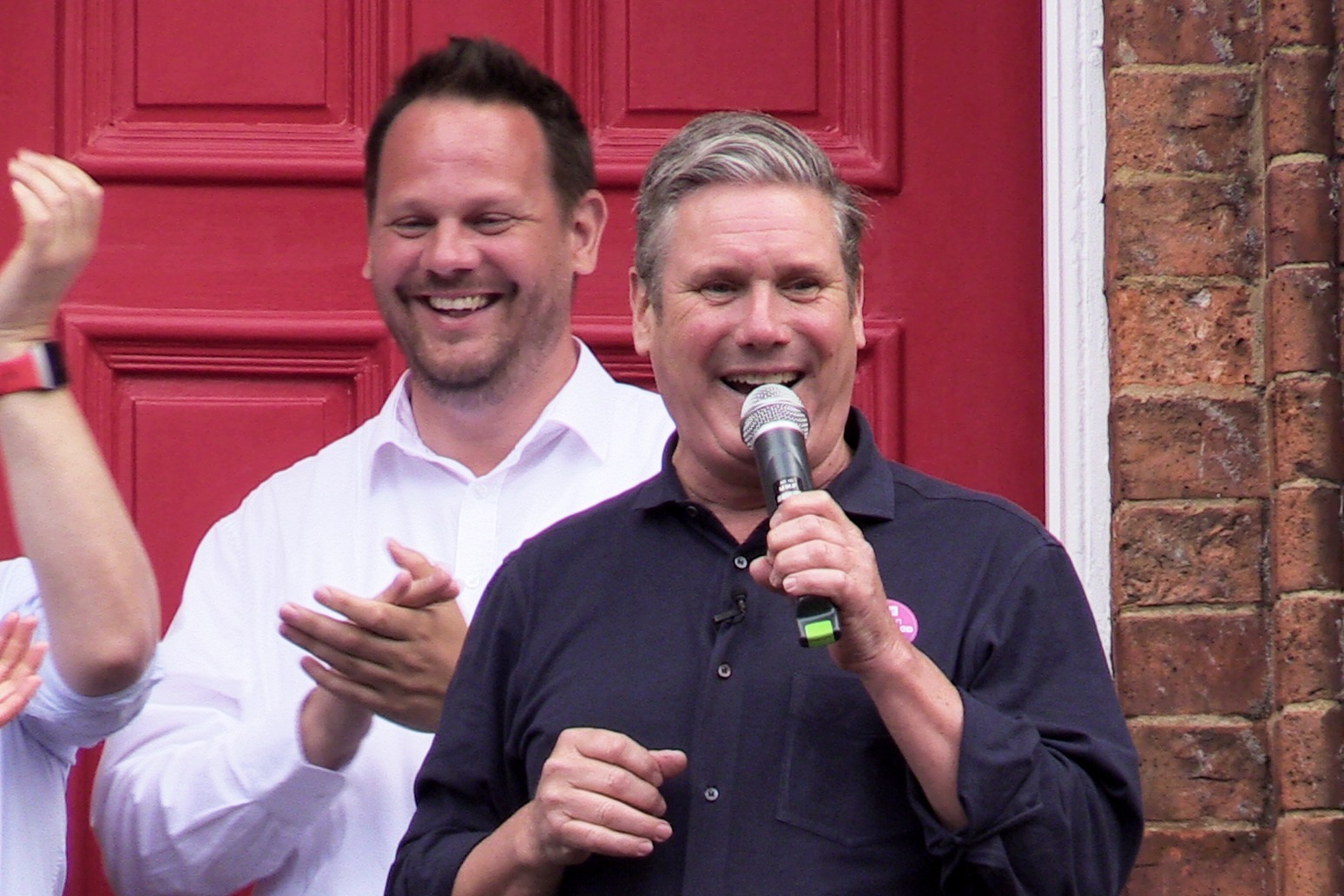 Labour leader Sir Keir Starmer has urged supporters not to be complacent with just a few days to go before the Wakefield by-election, telling them a victory “could be the birthplace of the next Labour government”.

Sir Keir addressed a rally of supporters in the city centre on Saturday morning with his party now odds-on favourites to take back the seat they lost in 2019 as part of the Tories’ takeover of “red wall” constituencies across the north of England.

He said: “It feels like we can reach out and touch this. It feels positive.

“We’ve just got to make sure we don’t take our foot off the pedal now, there’s no complacency.

“We have to earn every vote.”

Standing on the steps of his party’s regional offices, Sir Keir said: “If we get it right, this Wakefield by-election could be the birthplace of the next Labour government.”

But he warned: “We have to remind ourselves that we’ve only gained one by-election in the past 25 years.

“So, we have to keep going for these last few days to make history.”

Wakefield was won by the Tories in the 2019 general election after being a Labour stronghold since the 1930s.

But a by-election was called after the resignation of Conservative Imran Ahmad Khan, who won in 2019, following his conviction for sexually assaulting a boy.

The Tories have selected Wakefield councillor Nadeem Ahmed to defend the 3,358 majority the party secured in 2019.

Earlier this week, Mr Ahmed compared trust in the Tories following the resignation of Mr Khan, to faith in GPs despite the crimes of mass murderer Harold Shipman.

Prime Minister Boris Johnson was expected to visit the constituency on Friday to support the Tory campaign but cancelled along with his visit to the Conservatives’ Northern Research Group conference in Doncaster, due to his surprise trip to Kyiv.

When nominations closed last month there were 15 candidates, including Mr Lightwood and Mr Ahmed.

The Wakefield poll is being held on the same day as the Tiverton and Honiton by-election, which was called after Tory MP Neil Parish resigned over his viewing of pornography in the Commons.