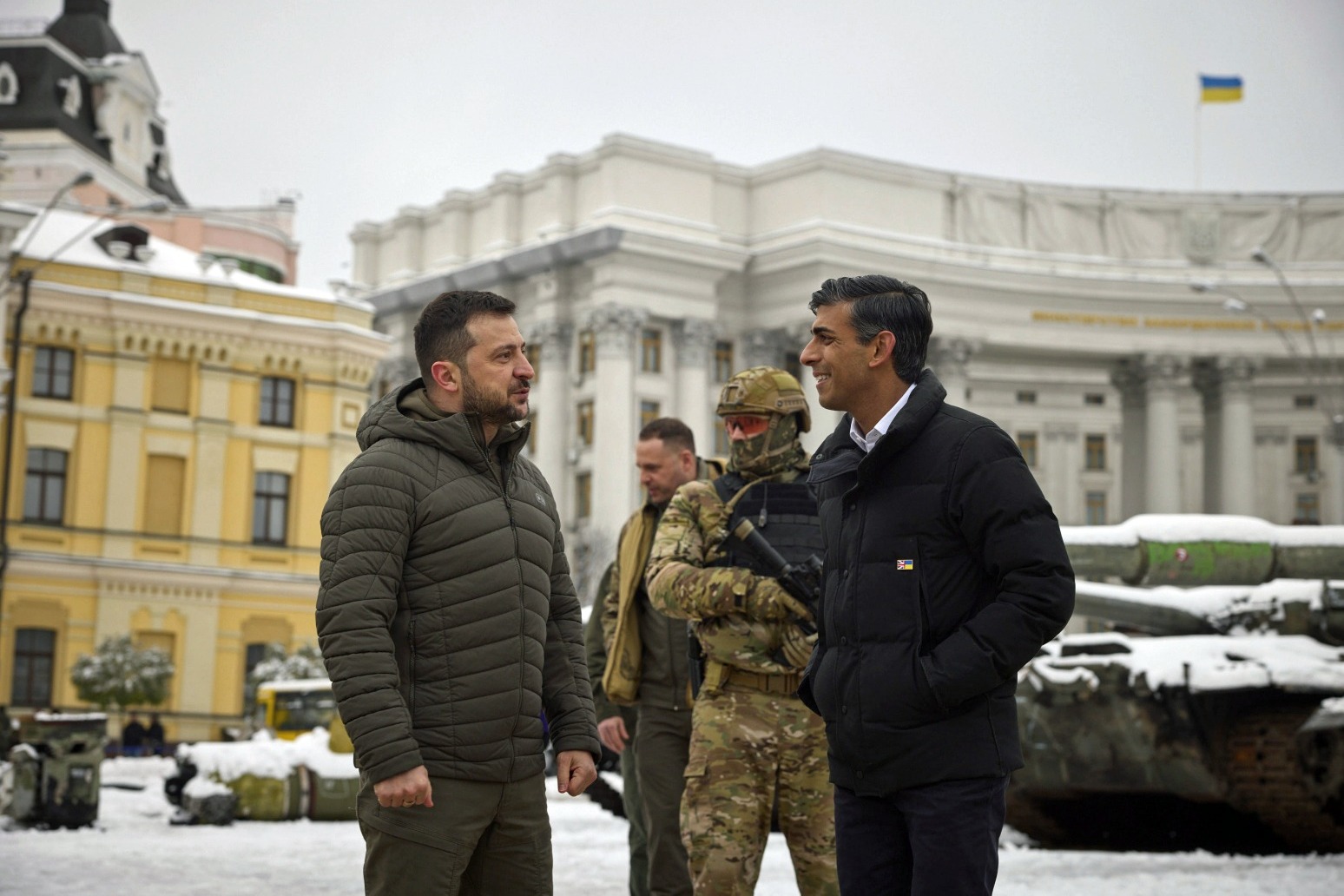 Downing Street said Mr Sunak made the pledge during a call on Saturday morning with Ukrainian President Volodymyr Zelensky.

In a readout of the phone conversation, a No 10 spokeswoman said the Prime Minister offered Challenger 2 tanks and additional artillery systems as a sign of the UK’s “ambition to intensify our support to Ukraine”.

Mr Zelensky thanked the UK on Twitter for making decisions that “will not only strengthen us on the battlefield, but also send the right signal to other partners”.

The move makes the UK the first Western power to supply the Ukrainians with main battle tanks.

UK Government insiders said the decision on tanks had to be made now in order to ensure Ukrainian soldiers could be trained in how to use the mobile weapons before a potential spring offensive.

Ministers hope the announcement will encourage other allies to follow suit.

No 10 has not yet confirmed the exact numbers of tanks it will send to Kyiv.

A Downing Street spokesman said the Prime Minister and Mr Zelensky agreed on the “need to seize on this moment” after Ukrainian victories had “pushed Russian troops back”.

“The Prime Minister outlined the UK’s ambition to intensify our support to Ukraine, including through the provision of Challenger 2 tanks and additional artillery systems,” the spokesman said.

“The Prime Minister and President Zelensky welcomed other international commitments in this vein, including Poland’s offer to provide a company of Leopard tanks.

“The Prime Minister stressed that he and the whole UK Government would be working intensively with international partners to deliver rapidly the kind of support which will allow Ukraine to press their advantage, win this war and secure a lasting peace.”

Labour’s shadow defence secretary said the Prime Minister had the “fullest backing” from his party on the decision to provide Ukraine with tanks.

Both Kyiv and Moscow are reportedly gearing up for a spring offensive as the weather warms and the Ukrainian mud dries out.

The Times reported that there are fears in Ukraine that Russian President Vladimir Putin could amass as many as 500,000 troops on the frontline by April.

Earlier this week, Western officials warned that Ukraine would not be able to take back significant territory from Russia without an increase in fighting power – including tanks and other heavy armour.

There have been concerns within Nato that supplying tanks could be regarded by the Russians as a further escalation of the conflict.

It comes after the US promised 50 Bradley tank-killing armoured vehicles in its biggest military assistance package to date for Ukraine.