Thousands of ambulance workers go on strike in dispute over pay 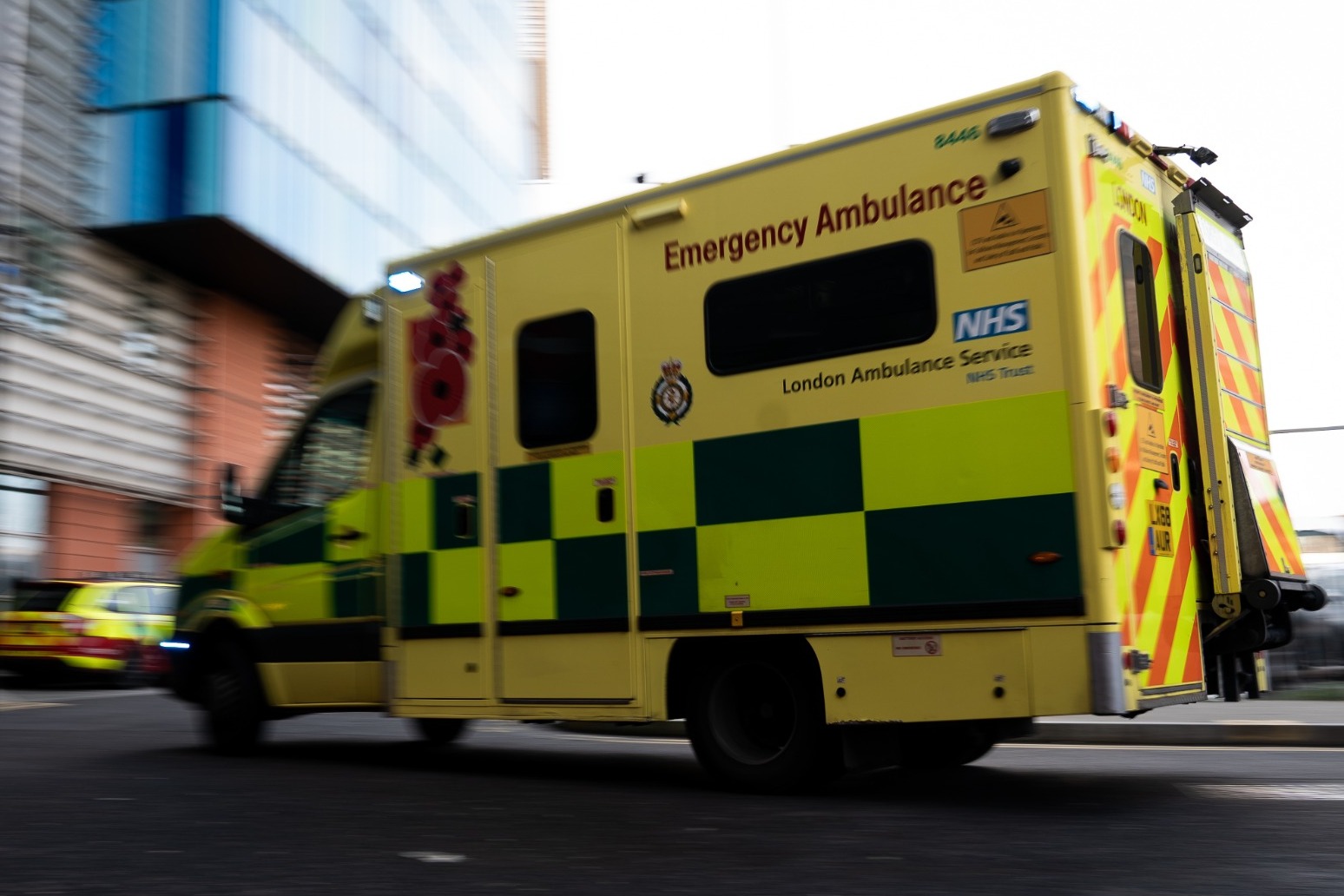 Up to 25,000 workers across England and Wales are walking out

Up to 25,000 ambulance workers across England and Wales will strike on Wednesday in a dispute with the Government over pay.

Paramedics, call handlers, drivers and technicians from the Unison and GMB unions are taking part in staggered strikes across a 24-hour period.

None of the workers will strike for longer than 12 hours, with call handlers expected to walk out for six-hour periods.

However, health leaders have warned that there will be additional stress on the system owing to this being a larger strike than one held in December.

Patients can expect waits for 999 and 111 calls to be answered, and fewer ambulances will be on the road.

Unison has balloted around 15,000 of its members who are striking in London, Yorkshire, the North West, North East and South West.

NHS England has told patients to continue to call 999 for life-threatening emergencies but to use 111, GPs and pharmacies for non-urgent needs.

It said some people may be asked to make their own way to hospital, though it urged people to seek medical advice from 111 or 999 before doing so.

Health and Social Care Secretary Steve Barclay said: “Today’s ambulance strike is an unwelcome return to unnecessary disruption and comes at a time when the NHS is already under huge pressure from Covid and flu.

“While we have contingency plans in place, including support from the military, community first responders and extra call handlers, to mitigate risks to patient safety, there will inevitably be some disruption for patients with fewer ambulances on the road.”

Ambulance responses are split into categories, with category 1 being the most life-threatening such as cardiac arrest, while category 2 covers conditions such as stroke, heart attack and sepsis.

No blanket agreement has been reached on responding to category 2 calls, with unions and trusts agreeing locally which category 2 calls will receive a response during the strike.

The West Midlands Ambulance Service said it had agreed a response to all category 1 calls plus other life-threatening cases such as heart attacks, strokes, difficulty in breathing and maternity cases.

Elsewhere, Ben Holdaway, director of operations at the East Midlands Ambulance Service, said teams had worked to maximise the number of staff – but he anticipated a “much slower” response than usual.

“Where possible, our 999 control rooms will carefully assess and prioritise an ambulance response for those who need it most, and this may only be where there is a threat to life,” he added.

Meanwhile, Yorkshire Ambulance Service said all its services will be impacted, including frontline emergency ambulances and 999 call handling, non-emergency patient transport and NHS 111.

Ambulances will still be able to respond during the strike, “but this will only be where there is an immediate risk to life”, it added.

In the North West, the ambulance service there urged the public to keep ambulances for people with life-threatening injuries and illnesses.

“Other patients requiring hospital treatment will likely be asked to take alternative transport, such as a taxi or get a lift from family or friends.”

It said this strike would see “more staff striking in more service areas” and, as well as reduced ambulance crews, there would be fewer 999 and 111 call staff.

Meanwhile, in London, Daniel Elkeles, the service’s chief executive officer, said it had an agreement that a maximum of 50% of the staff will be taking industrial action at any one time and staff will come off picket lines if call-answering times are too long.

She said “trust leaders expect significant disruption to patient care” but “will pull out all the stops” to minimise the impact.

She added: “We understand what has driven overworked ambulance workers to strike. It’s a blow that talks between the Government and unions have failed to negotiate pay and prevent more strikes.”

Talks on Monday between unions and Government ministers failed to avert the strike action, with industrial action also in the pipeline by teachers and rail staff.

Nurses are preparing to strike next Wednesday and Thursday, and a further ambulance strike is scheduled for January 23.

Christina McAnea, general secretary of Unison said that, ironically, there could be safer staffing levels on Wednesday than on a non-strike day because of the “chaos” in the NHS caused by the shortage of workers.

She added that it would be a “complete and utter lie to say we are not putting in place contingency plans because we are working very closely with employers on that.

“The crisis we are seeing in the NHS is not being caused by these strikes.”

Unison’s head of health, Sarah Gorton, said progress had been made at a meeting with Health Secretary Steve Barclay on Monday, adding there was “ample time” to resolve the dispute before the next strike.

On Tuesday, the Government introduced new legislation to Parliament for “minimum safety levels” when workers go on strike.

Business Secretary Grant Shapps told the Commons the ambulance strike on Wednesday “still does not have minimum safety levels in place and this will result in patchy emergency care for the British people”.

Ambulance workers in England and Wales are demanding a pay rise above inflation. The Government say most ambulance staff have received a pay rise of at least 4%.