Three siblings killed in violent incident at house in Dublin 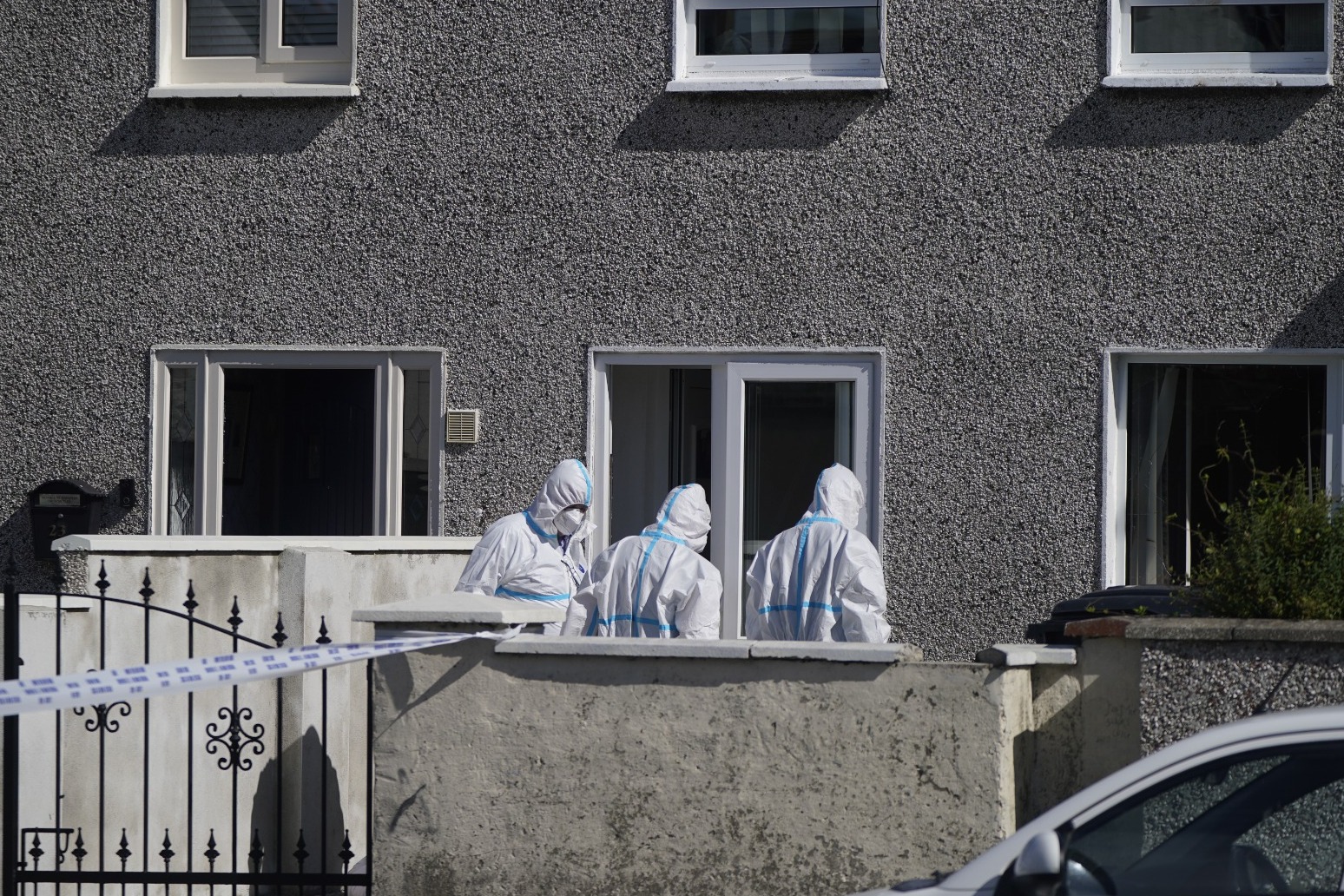 A man has been arrested following the deaths of a teenager and two young children following a violent incident in Dublin.

An 18-year-old woman and her brother and sister, twins aged eight, died after an incident at a house in the west of the city.

Officers were called to the property in the Rossfield estate in Tallaght at about 12.30am on Sunday.

The two children and the teenager were taken by ambulance to Children’s Health Ireland (CHI) in Crumlin, but all three were later pronounced dead.

A 14-year-old boy was also taken from the scene to Tallaght Hospital with serious injuries which are not thought to be life-threatening.

The Garda Armed Support Unit used less-than-lethal devices to arrest a man in his early 20s at the scene.

He is currently detained at Tallaght garda station under Section 4 of the Criminal Justice Act 1984.

The mother of the children, who was not injured at the scene, was also taken to CHI and is currently receiving medical treatment.

Gardai said everyone involved is believed to be known to each other and officers are not looking for anyone else in connection with the incident.

Gardai in Tallaght have established an incident room and all the circumstances are being investigated under the direction of a senior investigating officer.

The scene in Rossfield estate remains sealed off and a forensic examination will take place on Sunday by the Garda Technical Bureau.

The Coroner’s Office and the Office of the State Pathologist have been informed. Post-mortem examinations will also take place.

An Garda Siochana said it has appointed a family liaison officer and will continue to support those involved in conjunction with other state agencies.

Officers described it as a violent, challenging and traumatic incident which was responded to by uniform unarmed Garda first responders from Tallaght District, supported by uniform members and armed detectives and specialist armed support unit members.

An Garda Siochna also said it has put in place welfare support for all officers who attended the incident.

Fianna Fail councillor Charlie O’Connor, who was at the scene on Sunday morning, said there is widespread shock in the community.

“I don’t know how to describe it. I was getting calls from early morning with people bringing it to my attention,” Mr O’Connor said.

“People are only now beginning to come out of their house. I was at the Catholic Church a while ago and a lot people hadn’t heard, but the news was getting through.

“There is deep shock, people are really, really upset, any event like this would cause shock but the fact that it involves children.

“It’s a really shocking event for this community, and indeed for the wider Tallaght community and elsewhere. This will affect many, many people.

“I was talking to the gardai and they told me that their colleagues who were on last night were all deeply shocked.

“Attempts are being made to support the local community and the local Brookfield Youth and Community Centre has just confirmed to me that they’re opening up now for the rest of the day.

“People are welcome to come and grieve and have a cup of tea and talk about their grief.

“I really find it shocking to think three children of that age are no longer with us and won’t be going to school in the morning.”

There is a large gardai presence in the area while a full forensic examination of the scene is under way.

The upstairs windows of the property were open and smashed while blood stains could be seen on the window frames.

A black car outside the property was also a focal point of the investigation.

The streets surrounding the property remained busy with children playing nearby.

The Minister for Justice Helen McEntee said: “The killing of three young family members is a tragedy, so awful and heart-breaking. It is difficult to comprehend.

“My thoughts are with the family and the local community as they deal with this unimaginable crime.

“Gardai and other services are supporting them at this difficult time.”