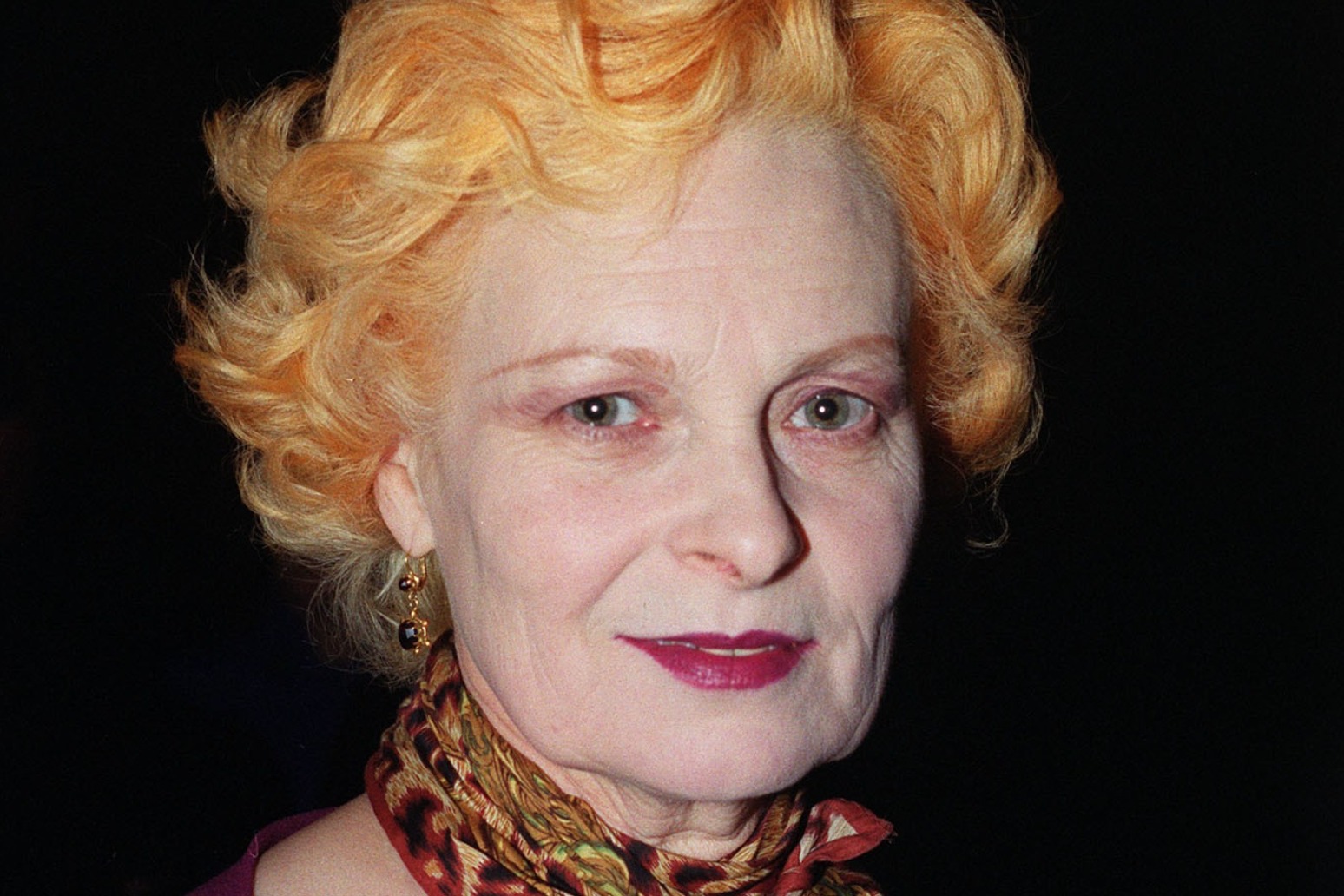 Celebrities have paid tribute to Dame Vivienne Westwood, with the world described as “already a less interesting place” following her death at the age of 81.

The pioneering fashion designer made a name for herself on the fashion scene in the 1970s, with her androgynous designs, slogan t-shirts and irreverent attitude towards the establishment.

Dame Vivienne died on Thursday “peacefully, and surrounded by her family in Clapham, south London”, her representatives said.

The Pretenders’ frontwoman Chrissie Hynde, who worked at Westwood and Malcolm McLaren’s boutique in punk’s early days, sent her love to her departed friend.

“Vivienne is gone and the world is already a less interesting place. Love you Viv,” Hynde tweeted.

Model Bella Hadid described the designer as the most “epic human being that has walked this earth… my inspiration and idol in all things”.

In an Instagram post with photos of the pair together, Hadid wrote: “Dearest Vivienne, Queen of punk, From the first day I met you to the last day I saw you, you made me smile, listen, learn and love more than the day before.

“I will forever be grateful to have been in your orbit, because to me and most, in fashion & in humanity, you, Vivienne, were the sun.

“To the coolest, most fun, incredible , humble, creative , badass, intelligent, f****** epic human being that has walked this earth… my inspiration and idol in all things … rest in love and Rest In Peace… I will miss you.”

In an earlier statement, Dame Vivienne’s husband and creative partner Andreas Kronthaler said: “I will continue with Vivienne in my heart.

“We have been working until the end and she has given me plenty of things to get on with. Thank you darling.”

The statement from her representatives added: “Vivienne continued to do the things she loved, up until the last moment, designing, working on her art, writing her book, and changing the world for the better.

“She led an amazing life.

“Her innovation and impact over the last 60 years has been immense and will continue into the future.”

It also said that The Vivienne Foundation, a not-for-profit company founded by Dame Vivienne, her sons and grand-daughter in late 2022, will launch next year to “honour, protect and continue the legacy of Vivienne’s life, design and activism”.

Dame Vivienne, who was born in Cheshire in 1941, is largely accepted as being responsible for bringing punk and new wave fashion into the mainstream with her eccentric creations.

Her designs were regularly worn by high-profile individuals including Dita Von Teese who wore a purple Westwood wedding gown to marry Marilyn Manson, and Princess Eugenie who wore three Westwood designs for various elements of the wedding of William and Kate Middleton.

In addition to her work as a designer, Dame Vivienne was vocal in her support of a number of social and political initiatives including campaigning for the release of WikiLeaks founder Julian Assange, who is fighting to avoid being sent to the US to face charges under the Espionage Act.

Stella Assange, whose wedding dress to the Australian was created by Dame Vivienne, paid tribute to her as a “pillar of the anti-establishment”.

“Vivienne was a Dame and a pillar of the anti-establishment. Bold, creative, thoughtful and a good friend. The best of Britain. She will be missed terribly by me and many others,” Assange posted on behalf of her husband.

American fashion designer Marc Jacobs said he was “heartbroken” at the news of the death, writing in a post on Instagram: “You did it first. Always. Incredible style with brilliant and meaningful substance.

“I continue to learn from your words, and, all of your extraordinary creations. I will always remember the night we bonded over our mutual love for Yves Saint Laurent.

“You never failed to surprise and to shock. I am grateful for the moments I got to share with you and Andreas.

“Rest in Peace dear Vivienne, although, somehow peace seems like the wrong word.”

The self-styled queen of punk always injected controversy into the fashion industry with her risque creations.

The designer was largely responsible for anti-establishment punk fashion and became known for her subversive and eccentric take on traditional British style.

She and McLaren, one-time manager of punk band the Sex Pistols, opened the shop where Hynde worked called Let It Rock – also known as Sex – in the early 1970s where she began selling her outrageous outfits.

The style icon caused a stir in 1992 when she collected her OBE from the Queen minus her underwear and twirled round in the courtyard to reveal all.

In 2006 when she was made a Dame, she opted again not to wear knickers and went to Buckingham Palace wearing a pair of silver horns.

Describing her outfit on the day – a black cap perched on the back of vibrant orange hair and a black dress with campaign badges and the tiny horns on her head – she said it showed her as an urban guerrilla and a Che Guevara figure.

She explained: “I’m supposed to be a bit like a Che Guevara – an urban guerrilla, with my cap, this kind of jungle net and a badge for my Active Resistance to Propaganda campaign.”

Some of her best-known creations include the Mini Crini, bustle-skirts, bondage trousers and 12-inch platform shoes, the type which famously tripped up supermodel Naomi Campbell.

She developed the idea of underwear as outerwear, and Madonna’s legendary conical bra worn on her Blonde Ambition tour, designed by Jean Paul Gaultier, would probably never have happened if not for Westwood.

She also transformed the corset from a symbol of female repression to one of power and sexual freedom.

After becoming a primary school teacher, she quit her job to become a seamstress of punk fashion and opened her shop on Chelsea’s Kings Road with her then partner McLaren.

The Sex Pistols wore the shop’s clothes to their first gig and Westwood’s first runway show was presented at Olympia in London in March 1981.