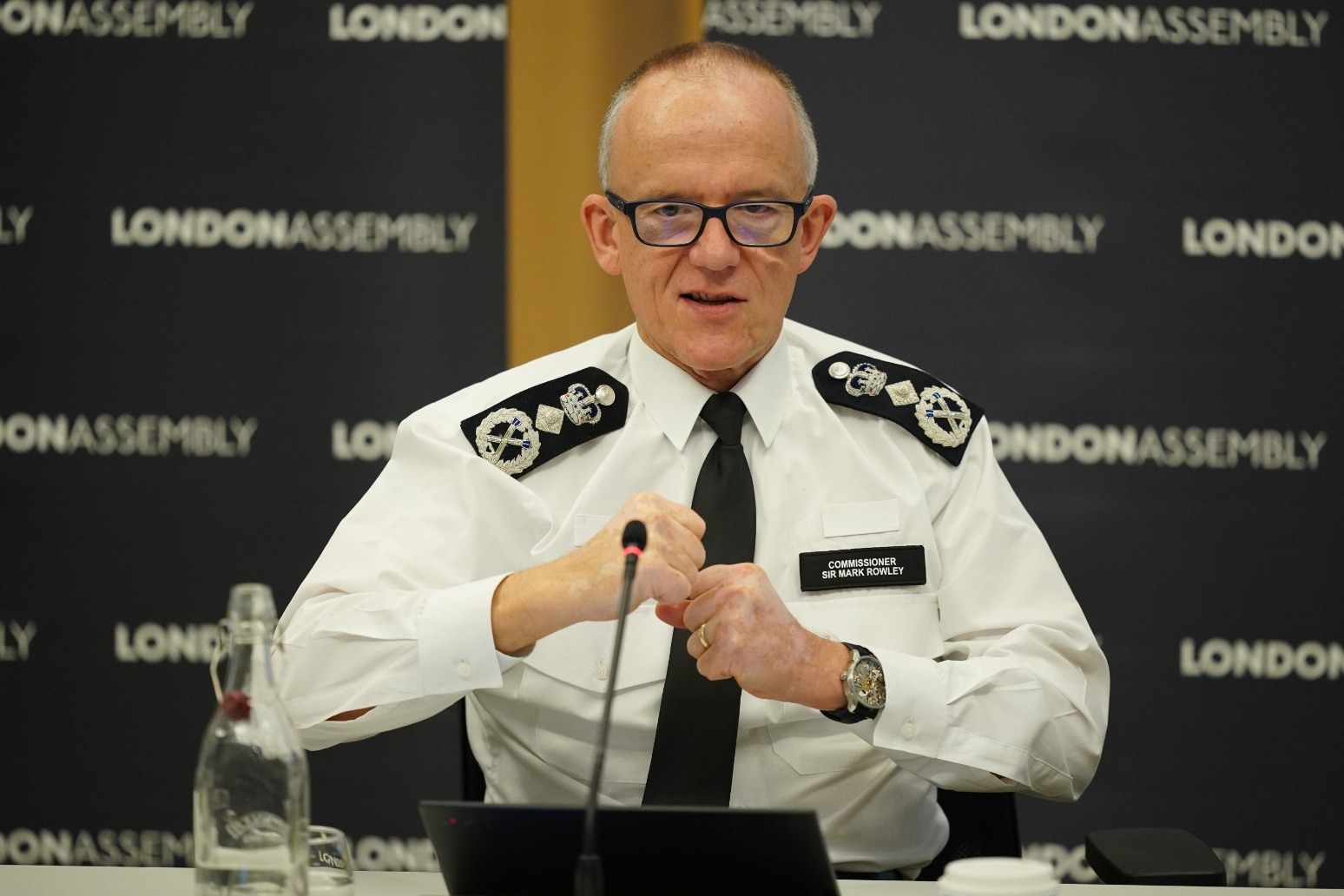 Two or three Metropolitan Police officers are expected to appear in court each week to face criminal charges in the coming months as the scandal-hit force attempts to reform.

Commissioner Sir Mark Rowley told the London Assembly Police and Crime Committee on Wednesday that more “painful stories” will emerge as moves progress to remove hundreds of corrupt officers who are thought to be serving.

He was speaking in the wake of the case of Pc David Carrick, who served as a Met officer for 20 years before being unmasked as one of the country’s most prolific sex offenders.

A new Met Police integrity hotline has received “tens of calls” a week, leading to new investigations, Sir Mark said, a third of which relate to other forces.

He told the committee: “Even though this is a Met appeal, one in three of the calls coming through roughly are for other forces. We’re passing information on as well.

“Through our challenges, we’re helping the rest of policing confront some issues as well.”

Sir Mark urged the public not to lose heart as the Met roots out hundreds of corrupt officers thought to be serving in the force.

“Lifting the stone and revealing painful truths will not be resolved overnight, and I mustn’t pretend it will do, and I hope you understand that that can’t be done,” Sir Mark said.

“We have to prepare for more painful stories as we confront the issues that we face.

“We’ve discussed before, the systemic failings that create these problems of these officers who corrupt our integrity, and as we put in more resource, more assertive tactics, as we are more open to people reporting incidents to us from within and from without the organisation, and as we more determinedly take on these cases, it will tackle the problems that we face but it won’t… it won’t be rapid and it will be painful.”

In the wake of Carrick’s conviction, around 1,000 previous cases involving Met officers and staff who were accused of sexual offences or domestic violence are being reviewed to make sure they were handled correctly.

This is expected to be completed by the end of March.

Sir Mark said that as well as these, in the coming weeks and months he expects two or three officers per week to appear in court charged with offences linked to dishonesty, sexual offences, violence or domestic violence.