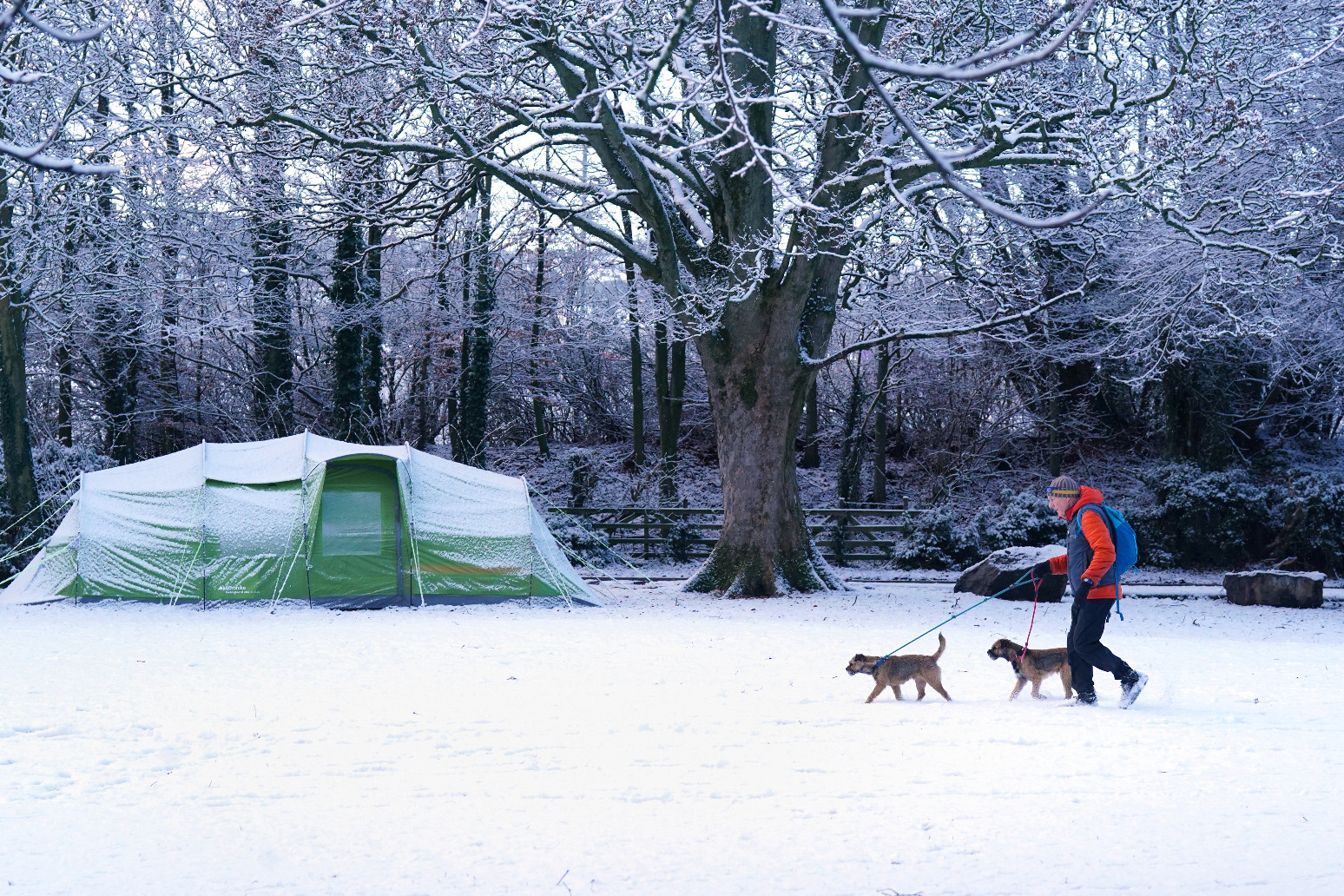 It comes as the Met Office said all of England will continue to experience cold weather until 9am on Friday.

People have been urged to keep warm and check in on family and friends who may be more vulnerable to cold weather with sub-zero temperatures, snow and ice hitting parts of the UK this week.

It warned that older people and those with pre-existing health conditions are particularly vulnerable during a cold snap, and stressed it could have a “serious impact” on people’s health.

It comes as the Met Office said all of England will continue to experience cold weather until 9am on Friday.

The forecaster has issued a yellow warning for snow and ice across parts of Northern Ireland, north-west England and North Wales from 12pm on Monday until 12pm on Tuesday.

An ice warning for Cornwall and parts of Devon in south-west England will also be active from midnight until 9am on Tuesday.

Snow and ice is also expected to affect northern Scotland and areas such as Orkney and Shetland, until 9am on Wednesday, it said.

Mayor of London Sadiq Khan activated the capital’s Severe Weather Emergency Protocol (SWEP) to provide emergency accommodation for rough sleepers on Monday, as temperatures in the city are expected to fall below 0C overnight.

The Met Office has warned that “snow showers and icy stretches may bring some disruption” and could lead to longer journeys for drivers and train passengers.

It said treacherous conditions could also lead to slips and falls on icy surfaces, and urged drivers and cyclists to beware of icy patches on untreated roads.

Dr Agostinho Sousa, head of extreme events and health protection at UKHSA, said: “Cold weather can have a serious impact on health, particularly older people and those with pre-existing health conditions, as it increases the risks of heart attacks, strokes and chest infections.

“During this period, it is important to check in on family, friends and relatives who may be more vulnerable to the cold weather.

“If you have a pre-existing medical condition or are over the age of 65, it is important to try and heat your home to at least 18°C if you can.”

It comes after wintry conditions moved in from the Arctic over the weekend, with people in areas such as Hexham, Northumberland, waking up to settled snow on Monday.

Met Office chief meteorologist Jason Kelly added: “Cold, icy and sometimes snowy conditions are in the forecast this week with the UK seeing more of a north-westerly regime, with temperatures well below average for the time of year.

“Wintry showers are likely at points through the week in the north of England.

“Warnings have been issued and ice is likely to be a hazard for much of the week with some tricky travel conditions possible.

“Maximum temperatures will largely only reach the low single figures with temperatures below freezing through most nights this week.”

An overnight low of minus 9.1C was recorded at Dalwhinnie in the Highlands, the Met Office said.

And senior meteorologist Alex Burkill said there could be “lows of minus 10C or minus 11C” overnight on Monday into Tuesday.

On Monday, he said: “It’s fair to say it’s cold today, cold tonight, cold tomorrow and cold through much of the week really.”

He said the weather will become “more changeable” on Friday ahead of “milder” conditions by the weekend,

“By the weekend there will be a real upturn in temperatures,” he added.