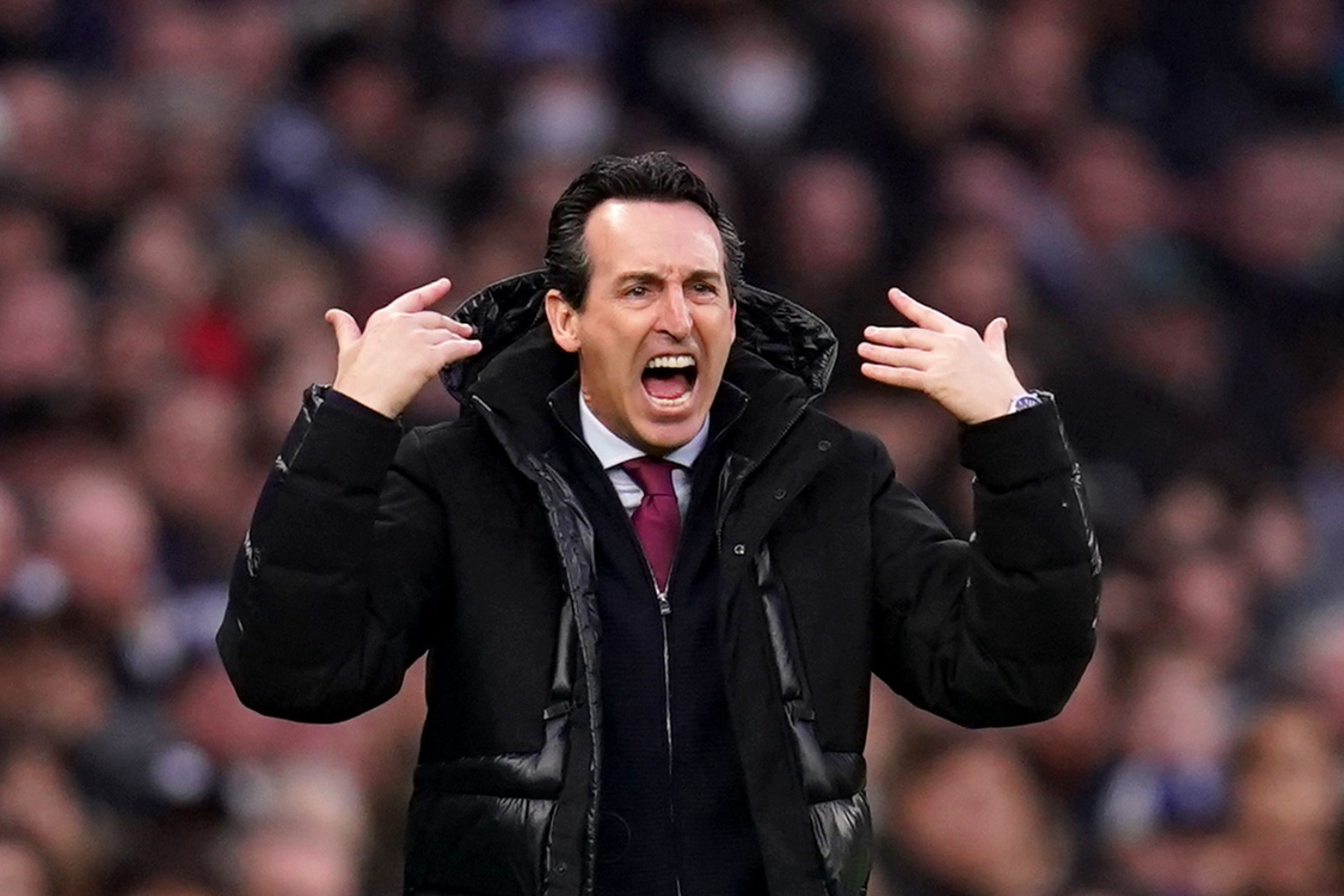 Unai Emery says World Cup winner Emiliano Martinez is “100 per cent” focused on Aston Villa ahead of his anticipated return to the side for Wednesday’s home fixture with Wolves.

Martinez returned to club duty on Sunday but was only named on the bench for Villa’s 2-0 victory at Tottenham with Swedish goalkeeper Robin Olsen deputising and keeping a clean sheet.

Emery revealed it was always his intention to give Martinez extra time out of the starting XI, but hinted the 30-year-old, who courted controversy for his post-World Cup final celebrations, was set to be back between the posts for the local derby.

“Emiliano had a very good start with us (on Sunday), being in the squad and travelling with us,” Emery said.

“He had training two days, Friday and Saturday, and now more sessions so I think he will be ready after his rest and after the emotion he had with winning this World Cup.

“I think for us he is very important and we can be proud of him for being a winner at the World Cup but now his focus is 100 per cent with Aston Villa.”

Villa’s impressive performance and result in the capital made it three wins out of four since Emery was appointed in November.

It has eased their relegation concerns but the Spaniard will be determined to build on their latest away win by turning Villa Park into a fortress again.

The visit of Wolves marks the first of three consecutive home fixtures and Emery will face a familiar opponent in the dugout with Julen Lopetegui swapping LaLiga for the Premier League like his compatriot.

“He has experience and he decided as well to come to the Premier League and I think he is a fantastic coach.

“To play against teams he managed and coached is a big challenge because he demands a lot with his style. We are ready to play again this season, for the second time after Villarreal and Sevilla, and I will take it as a great challenge.”

Villa will need to check on the fitness of John McGinn (hamstring) and Douglas Luiz (ankle) after they were forced off at Spurs but Diego Carlos (knee) is definitely out.

The visit of Wolves may also come too soon for Jacob Ramsey (hamstring).

Meanwhile, Emery has admitted Villa will do business in the January transfer window but only if incoming players can improve the squad.

“We’re working on the possibility to add some players. We are speaking as well with some players that can leave,” he said.

“In the next four weeks we will try to add some players but only really if they will improve our squad.”