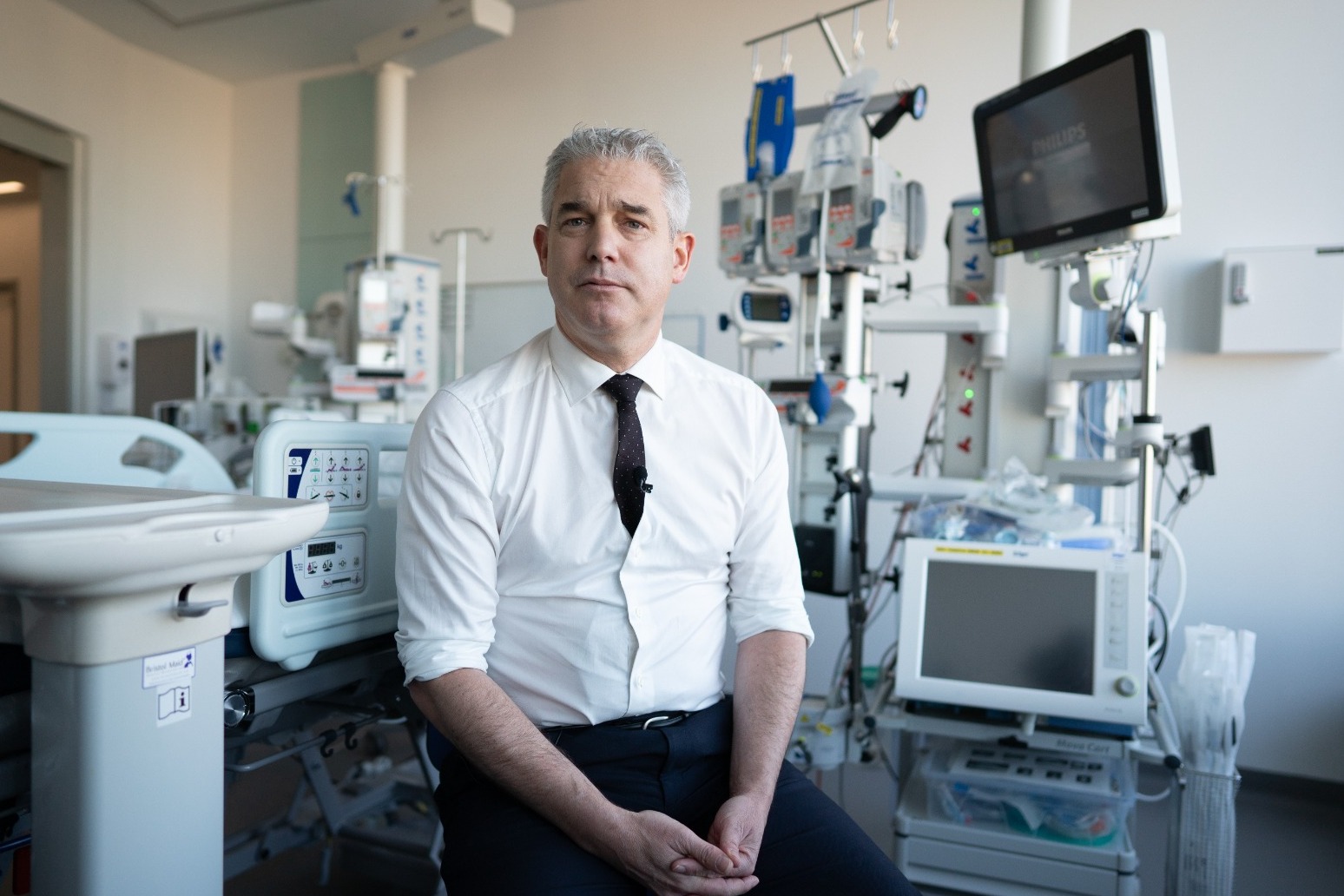 But Steve Barclay is putting the onus on unions, saying they must ‘meet their obligations’

The Health Secretary will have to “carry the can” if patients suffer as a result of widespread NHS strikes, a union boss has warned.

Unite leader Sharon Graham also said Steve Barclay will get a “rude awakening” if he refuses to negotiate on pay, as she insisted the unions will not “blink first” to break the deadlock.

Mr Barclay has said his top priority is keeping patients safe as the NHS braces for major disruption in the run up to Christmas, with nurses and ambulance crews set to walk out on consecutive days this week.

He put the onus on unions to ensure they “meet their obligations” for “sufficient” emergency cover so that people in crisis get the care they need.

But Ms Graham, whose union is co-ordinating the ambulance strikes with Unison and GMB, said he will “have to carry the can if patients suffer”.

“It’s Steve Barclay who is holding the country to ransom,” she told The Mirror.

A health source urged union leaders to drop their “picket-line rhetoric” as they insisted Mr Barclay is determined to do all he can to keep people safe.

The Health Secretary has signalled he is “keen” to pursue further talks with the unions.

But he has continued to resist calls to negotiate on pay, instead suggesting discussions focus on a range of other issues that “matter to staff”.

The Royal College of Nursing (RCN), which is calling for an inflation-busting wage hike, has vowed to stage a fresh wave of more severe strikes in January if ministers are not prepared to open talks in the 48 hours after its members walk out on Tuesday.

But Mr Barclay said the union should respect the independence of the NHS pay review body that proposed the current offer.

He insisted the RCN’s calls for a 5% rise above inflation were “not affordable”, stressing the need for a “balance” reflecting taxpayer constraints during a cost-of-living crisis.

He also refused to be drawn on reports Downing Street had ruled out a one-off payment for nurses to end the stalemate, instead reiterating the Government’s position that it has accepted the pay review body’s recommendations “in full”.

It comes after Cabinet minister Oliver Dowden said it is “not fair” that armed forces personnel are having to cover for striking workers over the festive period, as he urged unions to “give the military a break this Christmas”.

Ambulance workers, including paramedics and call handlers, are due to strike on Wednesday. A second ambulance strike is scheduled for December 28.

The Chancellor of the Duchy of Lancaster, who chaired two Cobra meetings on the issue last week, said ministers would remain “resolute” in their stance on public sector pay despite nurses threatening further walkouts in the new year.

Faced with impending disruption over the coming weeks, the Government has announced controversial plans to deploy 1,200 troops to cover for striking ambulance drivers and Border Force staff, alongside more than 1,000 civil servants.

Unions have branded the move a “desperate measure”, warning the servicemen and women are not “sufficiently trained” to plug staffing gaps on the front line, while the Chief of the Defence Staff has said the armed forces should not be treated as “spare capacity”.

Border Force staff will walk out for eight days from December 23 until New Year’s Eve while rail workers are preparing to strike again on Christmas Eve.