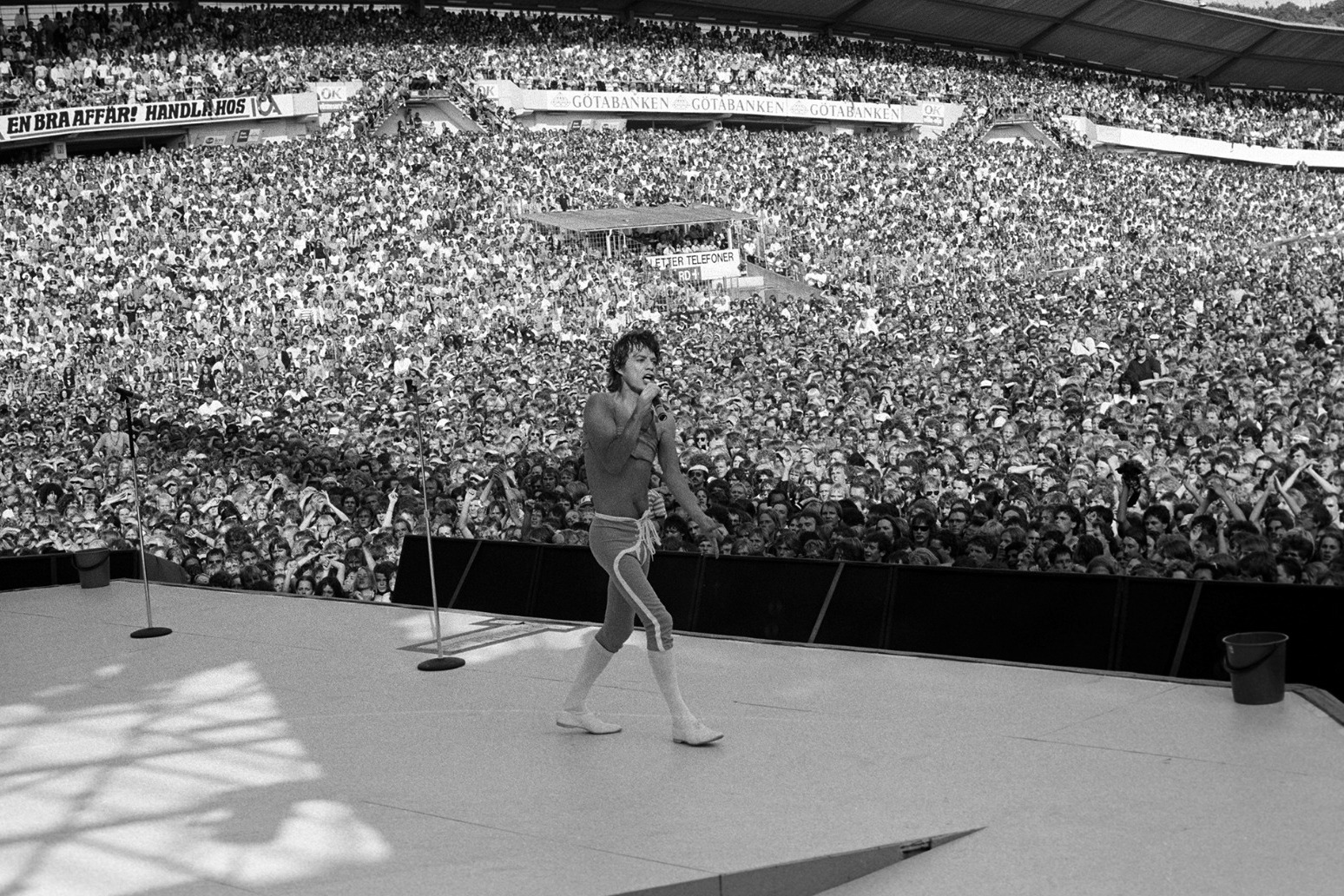 Unseen photos of David Bowie and Freddie Mercury are among those in a new online exhibition by music photographer Denis O’Regan to celebrate his 69th birthday.

The 69 Days exhibition with West Contemporary gallery will feature a selection of O’Regan’s classic pictures alongside six previously unseen snaps of some of the biggest musical stars in the world.

Running from October 24 to January 1 2023, the exhibition will also sell limited-edition prints of the images, with 10% of each sale donated to Great Ormond Street Hospital’s charity GOSH.

Among the unseen photos, there are two of the influential and revered Bowie, who was a long-term collaborator with O’Regan.

One sees the Space Oddity singer looking relaxed with sunglasses as he stares off into the distance. It was taken outside Palm Springs, California in 1983 when Bowie was performing for the Apple founders’ US Festival in San Bernardino.

The other captures the artist soaking up the late sun backstage at VLF Park in Melbourne, Australia in 1983.

Bowie died of liver cancer on January 10 2016, two days after his 69th birthday.

Another image sees Mercury lounging on the terrace of his Budapest penthouse suite in Hungary in 1986 as he rehearsed lyrics of a local folk song that would be introduced into Queen’s show at the Nepstadion stadium.

The singer died of bronchial pneumonia resulting from Aids at the age of 45 in November 1991.

A previously unseen picture of Sir Mick Jagger performing on stage at the Ullevi stadium in Gothenburg, Sweden in 1982 with the Rolling Stones also features in the exhibition, as well as a snap of the singer stretching while wearing a red jacket with ‘Mick’ emblazed on the back ahead of a show at Slane Castle in Ireland.

To round off the six unseen images is an up-close shot of Keith Richards from the band.

Among the classic O’Regan images in the new exhibition is a selection of Mercury on stage during the 1986 Magic Tour including shows at Slane Castle, Wembley Stadium and Maine Road in Manchester.

Pictures of Bob Marley at Montego Bay in Jamaica in 1980 and Bowie and Sir Mick laughing together in London’s Soho also feature.

During the sale, there will be a limited edition of ten prints of each photo, with the images ranging in price from £1,440 to £9,000.

Sarah Bissell, GOSH charity’s deputy director of relationship funding, said: “We at GOSH Charity are honoured to be part of this fantastic project which will raise funds to support the hospital’s most urgent needs.

“Money from the sale of each print could fund ground-breaking research into children’s health, support services for children and their families, vital rebuilding and refurbishment of the hospital and life-saving medical equipment.

“I’d like to extend a huge thank you to Denis O’Regan and West Contemporary Editions.”