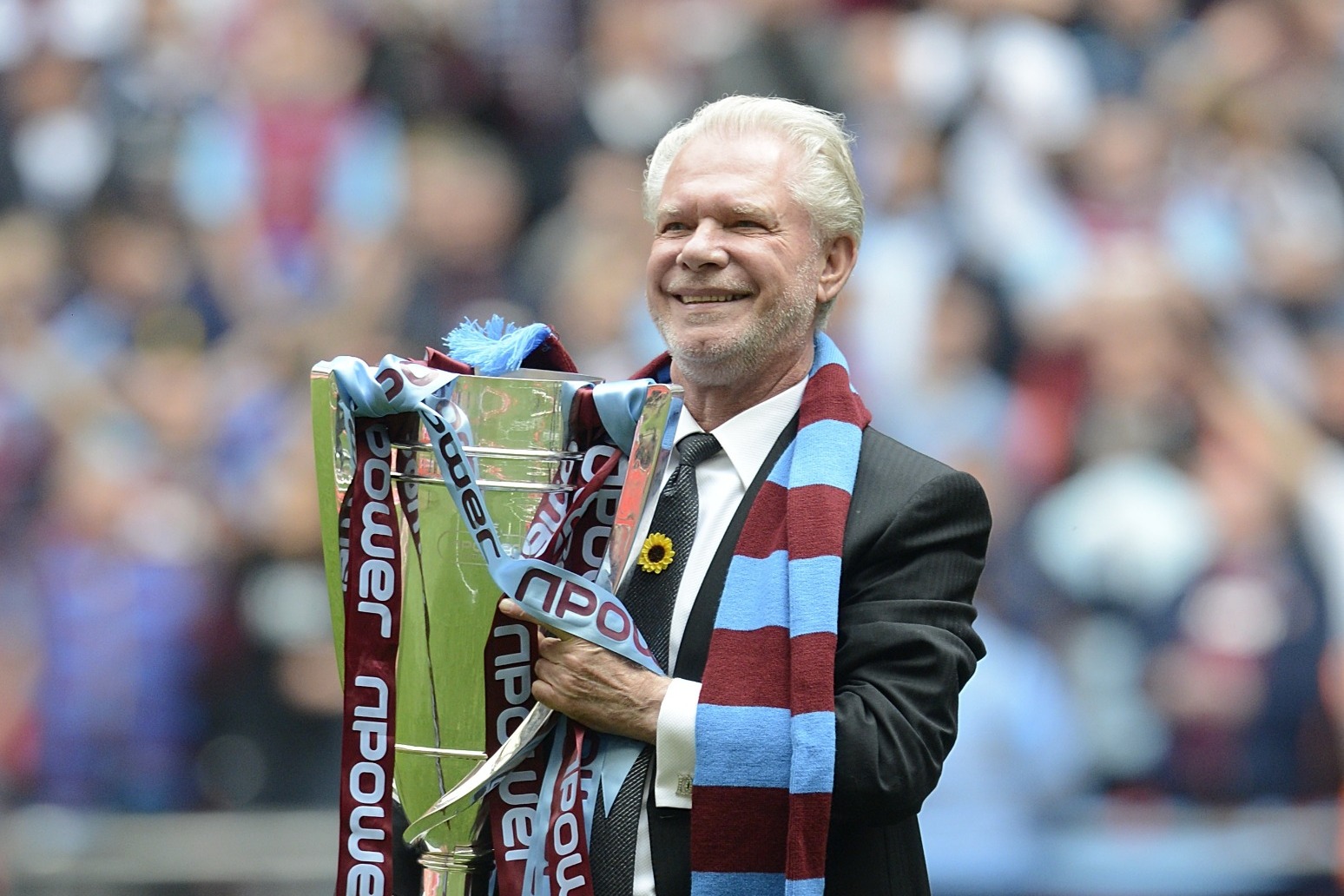 West Ham have announced the death of their joint chairman David Gold at the age of 86.

Stepney-born Gold played for West Ham’s boys team between the ages of 13 and 16 and, after a successful career in business, became joint-chairman of the Premier League club in 2010.

His fellow co-chairman David Sullivan told the club’s website: “On behalf of everyone at the football club, it is with profound sorrow and a heavy heart that we mourn the passing of our colleague and friend, David Gold.

“Of all our joint ventures, none gave us more pride and happiness than the day we took ownership of West Ham United, our club, in January 2010.”