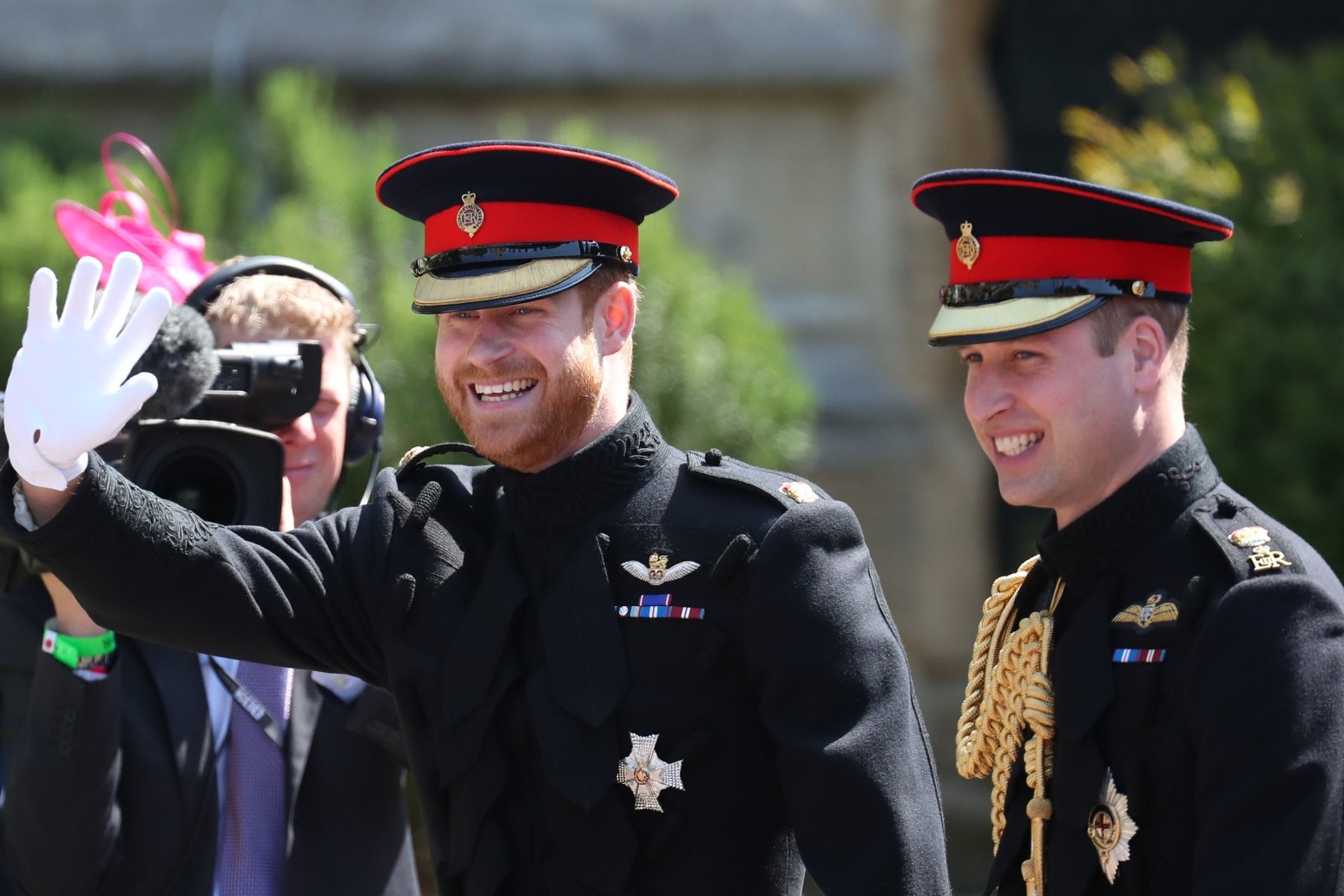 Those close to the Prince of Wales say he won’t retaliate, but is ‘burning’ on the inside

The Prince of Wales has kept quiet about a string of explosive claims by his brother the Duke of Sussex “for the good of his family and the country”, friends have said.

William will not retaliate because he is “dignified and incredibly loyal”, one close friend of the pair reportedly told the Sunday Times.

“William is a sitting duck because Harry knows he isn’t going to retaliate. How many shots can you take at a sitting duck?” the source told the paper.

“It’s cruel, cowardly and so sad for William to keep taking the punches. He’s keeping quiet for the good of his family and the country.”

The same friend adds that William is “burning” on the inside.

Another friend told the Sunday Times that William is thinking strategically, as he follows the example of his grandmother, the late Queen Elizabeth II.

“We know how closely he followed his grandmother’s example, and the institutional response may win the day over the personal,” he told the paper.

“But he is staunchly protective of his own family, and he’s not just going to roll over.”

Another friend of the royal family described Harry as “outrageously disloyal”, telling the paper: “William was always there to pick up the pieces for Harry, he was his mum [after Diana].

“There’s so much stuff over the years that Harry has rung friends up about and said, ‘throw away that photo, promise you won’t speak about this’.”

It comes after a string of revelations were leaked from Harry’s forthcoming memoir Spare.

The book, which was accidentally released early in Spain, includes personal details of Harry’s love life, drug-taking and rifts within his family.

Broadcaster Jonathan Dimbleby, who interviewed Charles in 1994 when the then-Prince of Wales admitted having an affair, said he was “perplexed” by Harry’s decision to publish a book.

He said that the disclosures in the book are the sort that usually “come from B-list celebrities”.

“I genuinely can’t believe it is merely to make a great deal of money because of the perfectly natural urge to want to protect his family, his wife and his children in a very uncertain future,” he said.

“I think there is much more to that, but if he wants reconciliation, I don’t understand how you do it by, as it were, metaphorically, sitting in your Apache and firing pot shots at people who are not going to fire back, as he must very well know.”

Among the disclosures are reportedly claims that Harry was not the real best man at William’s wedding, and that the King was jealous of both the Duchess of Sussex and the Princess of Wales.

The duke describes his apparent role as best man as a “bare-faced lie”, and says James Meade and Thomas Van Straubenzee gave the traditional speech at the reception, the Daily Mirror reported.

The duke also claims his brother was “wasted” on rum hours before his wedding to Kate, and was drunk when he went out to greet people on The Mall before tying the knot.

Harry also reportedly said the reason his father supposedly said he did not “have money to spare” to financially support him and his wife Meghan was because the King feared the “novel and resplendent” American actress would steal his limelight.

According to The Daily Telegraph, Harry said, prior to his engagement to Meghan, his father had raised the subject of the actress’s livelihood and asked if she planned to continue working after their marriage.

When the duke told the now-King he did not believe so, Harry claims his father replied: “Well, my dear son, you already know that we don’t have money to spare.”