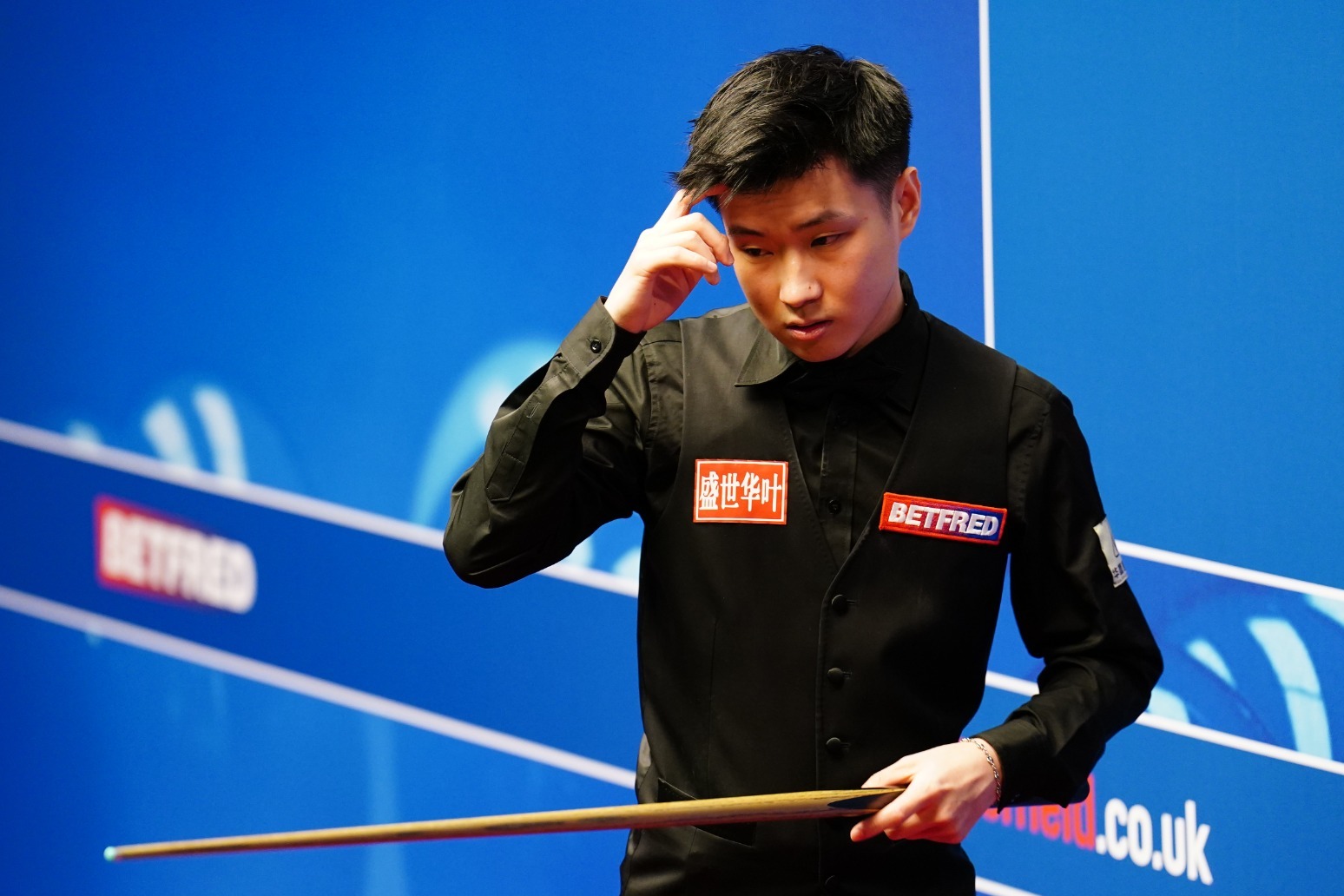 Former UK champion Zhao Xintong and Zhang Jiankang have joined the list of players suspended from the World Snooker Tour during an investigation into alleged match-fixing.

Zhao, who beat Luca Brecel to win the 2021 UK Championship title, and Zhang, the world number 82, have been banned from attending or competing on the Tour with immediate effect.

Former Masters champion Yan Bingtao and seven other Chinese players have already been suspended by the World Professional Billiards and Snooker Association (WPBSA).

A WPBSA statement read: “This decision is part of an ongoing investigation into allegations of manipulating the outcome of matches for betting purposes in breach of the WPBSA Conduct Regulations.

“The suspension will remain in place until the conclusion of the investigation or any subsequent charges that may or may not be brought. Both Zhao and Zhang have the right to appeal this decision.

“The WPBSA can confirm that the wider investigation is now at an advanced stage, and it is anticipated will be completed shortly at which point any potential charges will be considered.

“No further comment will be made at this time, except in the event of any significant further developments.”

World number 56 Liang Wenbo was the first player to be suspended as part of the investigation in October, with Lu Ning, Li Hang, Zhao Jianbo, Bai Langning, Chang Bingyu and Chen Zifan suspended in December.