A parade marched down Brackley High Street in bright sunshine

Several hundred people gathered outside Brackley Town Hall on Sunday afternoon as the town paid its respects to the fallen from conflicts around the world.

Ahead of a service at the War Memorial, members of the armed forces, the Royal British Legion, civic dignitaries and local clubs, groups and organisations marched from Winchester House School along the crowd-lined High Street.   In bright sunshine the parade was led by the bagpipes of the Milton Keynes Pipe Band.

Town Mayor Councillor Paul Wiltshire welcomed those present saying: “Since [the end of the second world war] I don’t think there’s been a day somewhere in the world where people – troops – civilians – members of the public – have not put themselves in harms way.

Click any image in the gallery to see a larger version: 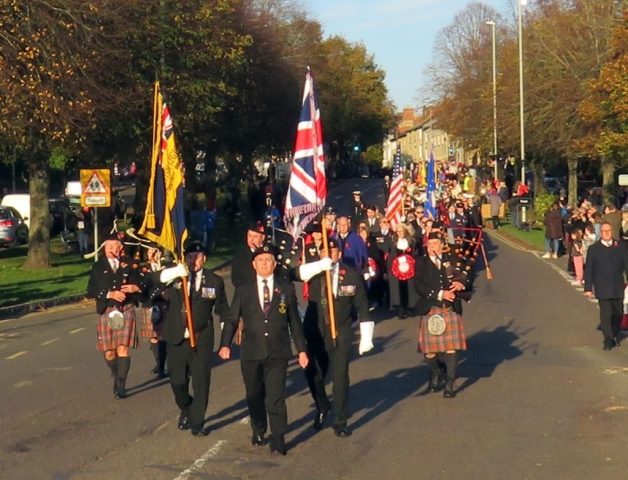 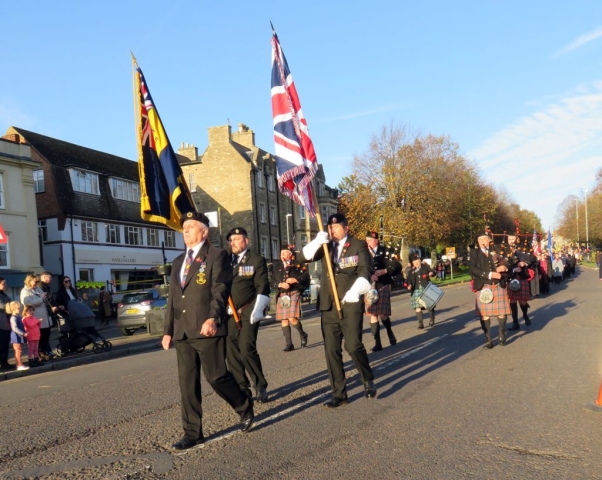 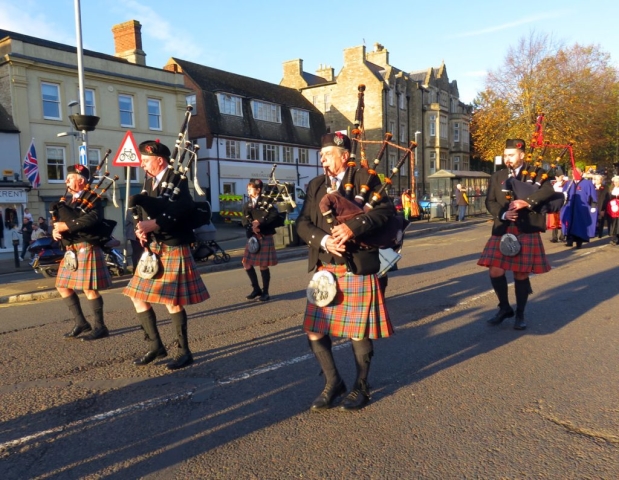 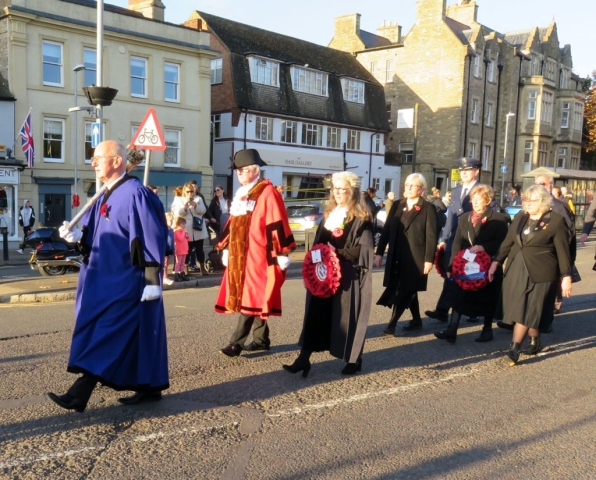 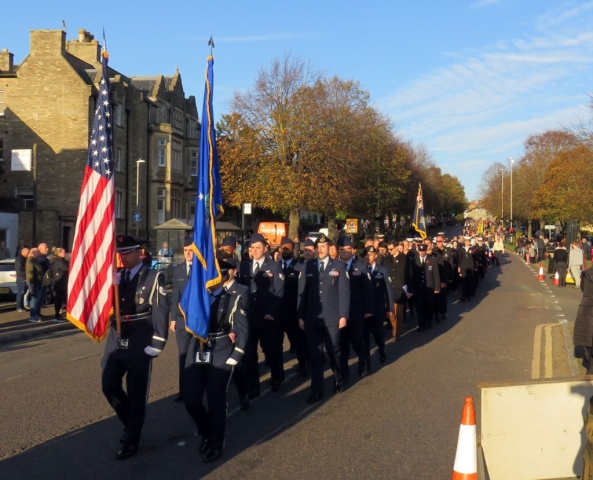 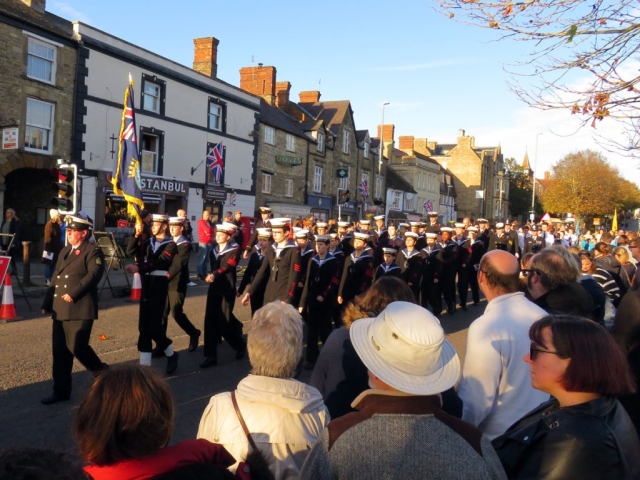 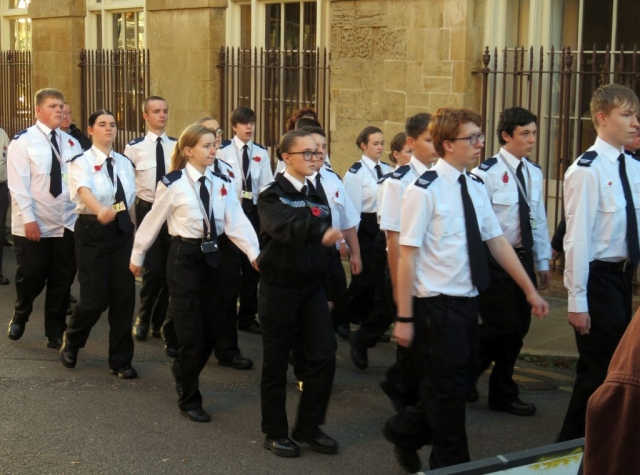 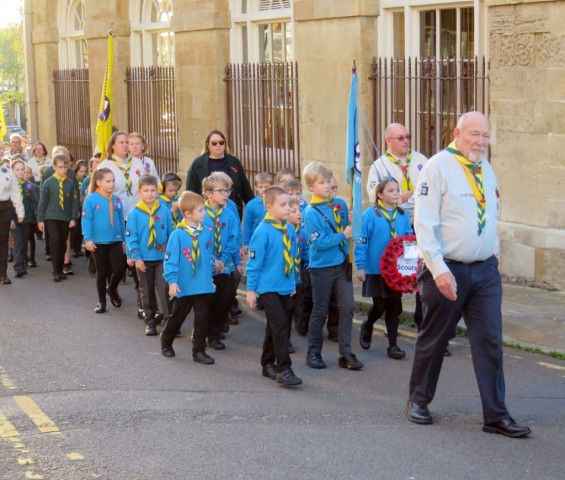 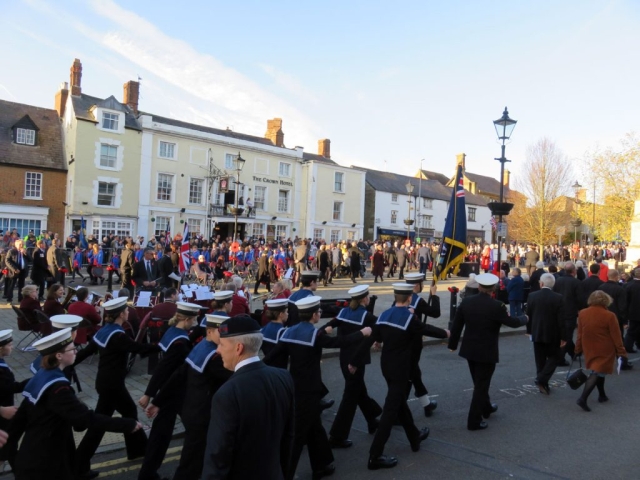 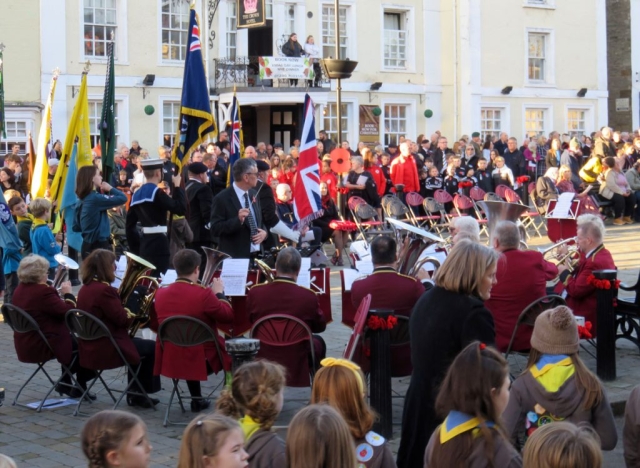 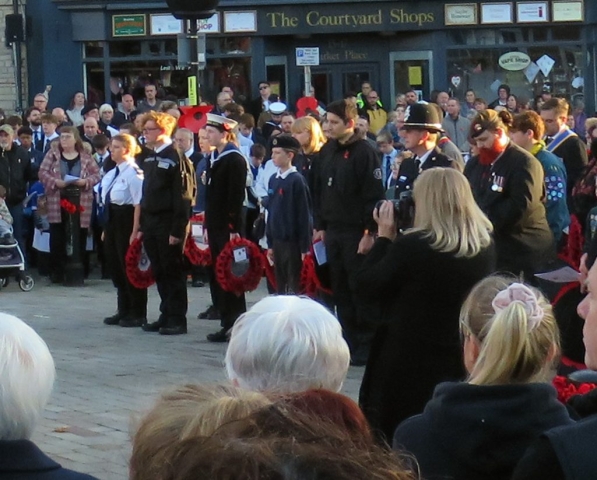 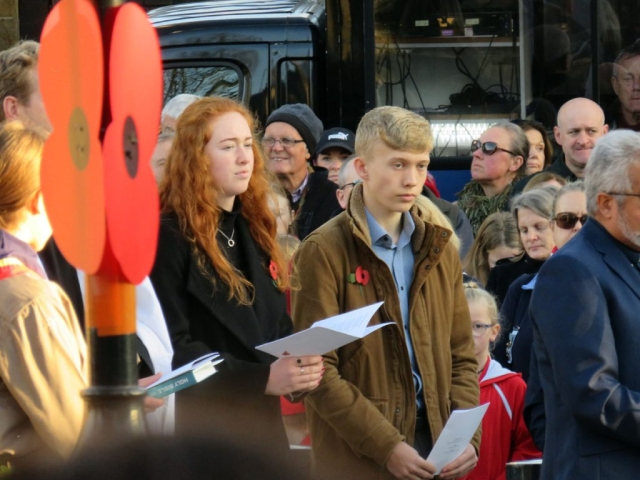 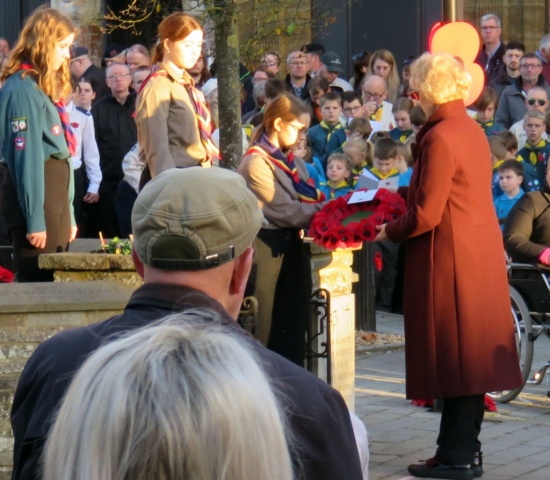 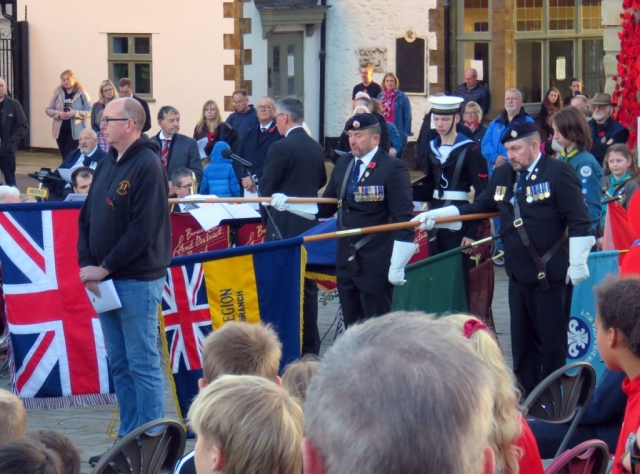 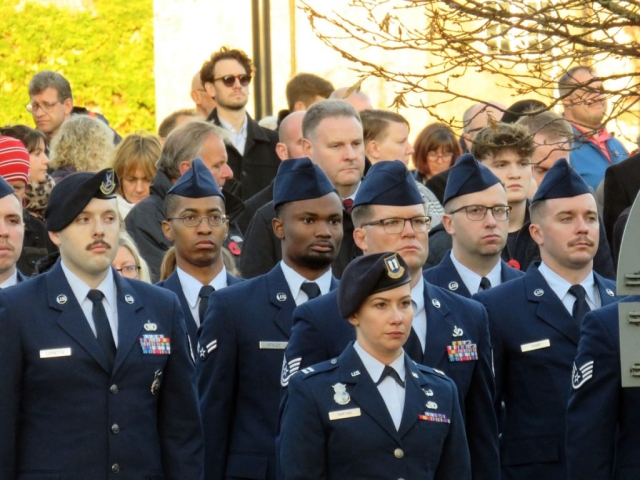 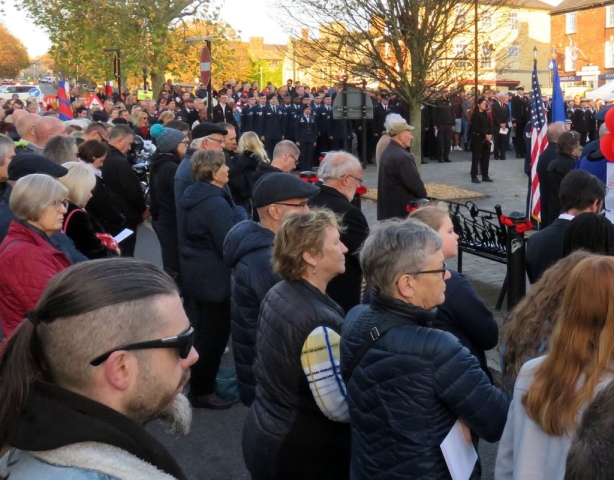 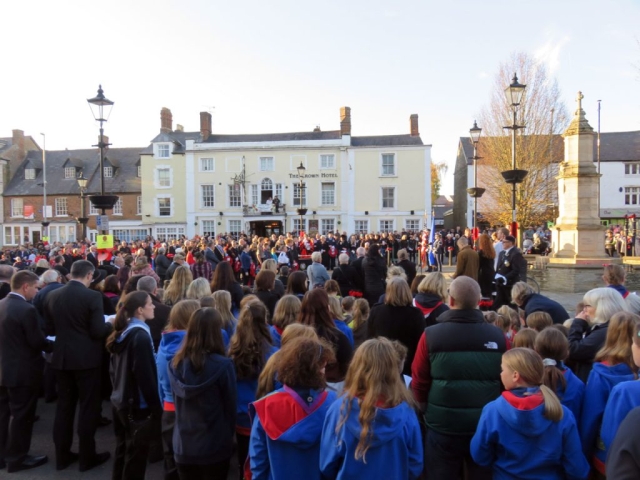 Brackley and District Band accompanied the two hymns during the service and provided music to accompany the laying of wreathes, during which the names of the fallen were read by Magdalen College School Head Student Molly and Deputy Head Student Fergus.

The sounding of the last post signalled the beginning of two minutes silence, which concluded with the reveille being played.   Both the UK and United States National Anthems were then sung, in reflection of the area’s close ties with the American military at RAF Croughton.