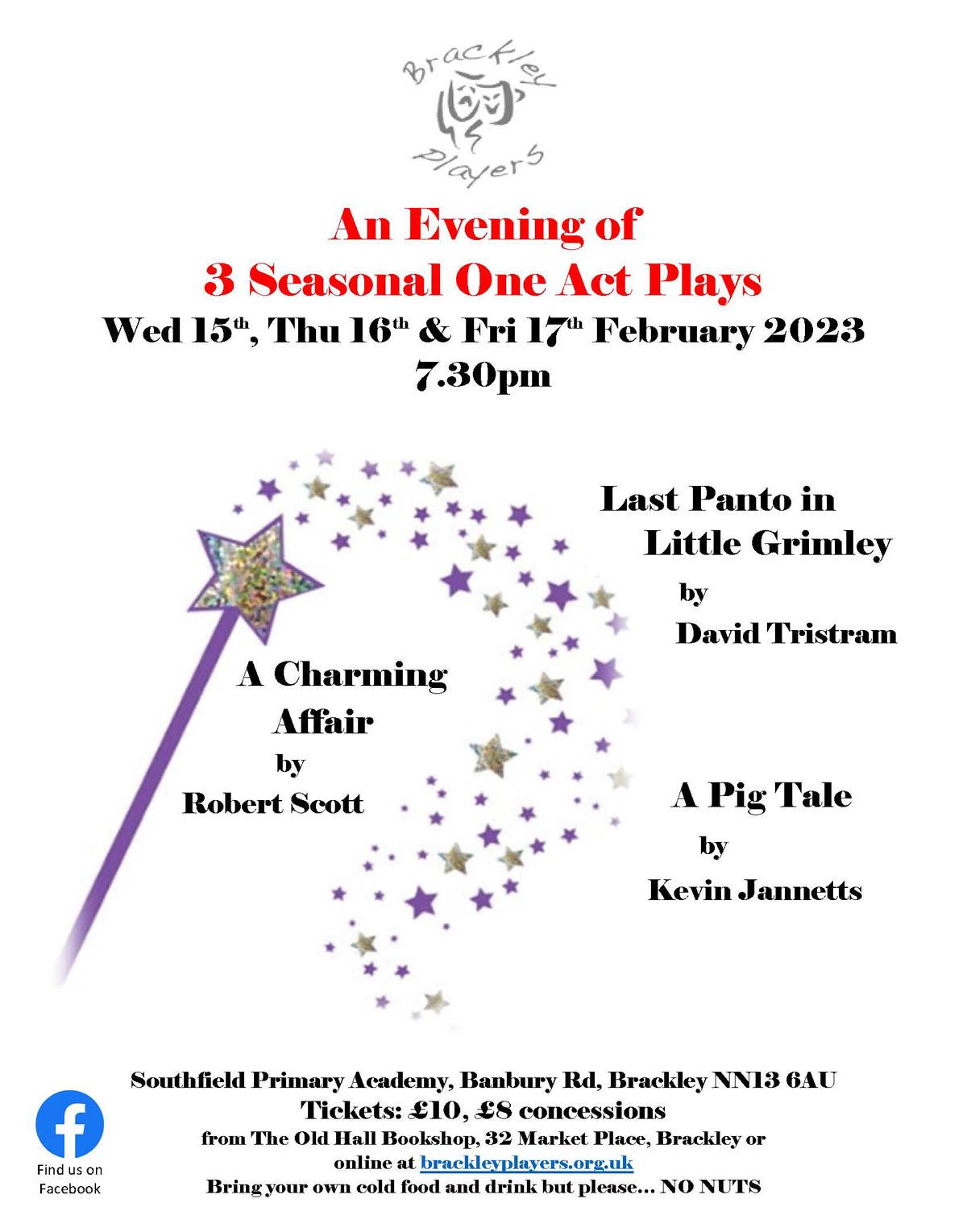 To chase away the winter blues, Brackley Players present An Evening of 3 Seasonal One Act Plays, for three nights from Wednesday 15 to Friday 17 February at Southfield Primary Academy.

The group has put together a selection of short comedies, to make up a great evening of entertainment. The programme includes A Charming Affair written by Robert Scott and Last Panto in Little Grimley by David Tristram, both directed by Alice Adams, and A Pig Tale by Kevin Jannetts, directed by Lynn Milne.

As an opener to the evening, A Charming Affair sees a chance meeting between three young women whose stories the audience may be familiar with, who then discover they have more in common than they expected! Then Last Panto in Little Grimley revisits the hapless amdram group as they attempt to stage their seasonal production, with hilarious complications along the way. After the interval, audiences can enjoy a fairy tale send up in A Pig Tale, a revamp of the story of the three little pigs, with a bit of a twist.

Brackley Players’ chair Josh Ryan said: “This is a time of year when in the past we have sometimes done a family pantomime, but this year we are doing something a little different, with an evening of short comedies for our grown up audiences, that nevertheless have a bit of a panto theme running through them. It’s a hilarious selection of plays, which we are having great fun rehearsing. We hope audiences will come and join us for an evening of frivolity!”

Brackley Players will present their evening of one act plays on three nights, from Wednesday 15 to Friday 17 February 2023 starting at 7.30pm, at Southfield Primary Academy, on Banbury Road in Brackley. Tickets are £10, with concessions priced £8, and can be bought in person from the Old Hall Bookshop in Brackley town centre or online at www.brackleyplayers.org.uk. Tea and coffee will be available, and audiences are welcome to bring along their own cold food and drinks (no nuts).