Happy Halloween!   All day at Banbury FM we’ll be playing your favourite SPOOKY music.   Keep us switched on and why not enjoy some of our Halloween ideas below. 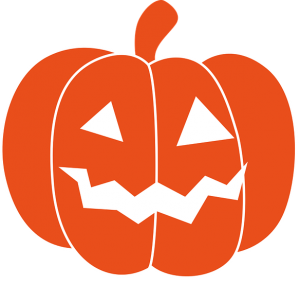 How about some Halloween Games?

You need apples, a bowl or bucket and water.

Fill a bowl or bucket with water and putting apples in the water. The apples will float to the surface and the players must then try and catch one with their teeth – no arms allowed, and often hands are tied behind the back to prevent cheating!

You need a witch’s hat and broom, and plenty of room.

One player becomes Mrs Witch and puts on the hat and broom and faces away from the other players. They ask “what time it is Mrs Witch”. The witch will shout a time (eg. “seven o’ clock”). The players must take a step forward for each hour. However when Mrs Witch says “midnight” whoever Mrs Witch catches first becomes Mrs Witch.

Pin the tail on the black cat

You need a large cut-out black cat without its tail, a cut out tail, blind fold, blue-tac and a marker to write down where each player places the tail.

Blindfold each player in turn. They step forward and guess where the cat’s tail goes. Whoever is closest to the correct position wins a prize.

You will need scary decorations and items to hide.

Hide a selection of small plastic spiders, pumpkins and similar around your spooky decorated home.

How about a Halloween Party on Friday? 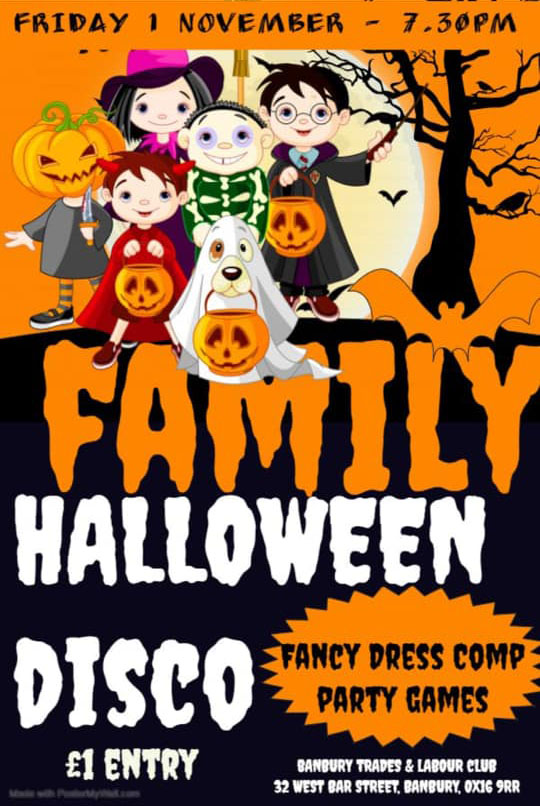 While Halloween is an exciting time for many, be aware that not everyone is happy for you to call at their home to trick or treat.

If you would prefer not to be disturbed by trick or treaters, you can download a poster and display this prominently in your window.

If you plan to go trick or treating:

Police officers will be conducting extra patrols around Halloween. If you feel unsafe:

– Don’t open your door if you’re unsure who is there. Use your spyhole, look out of a window, and use your door chain if you do decide to open your door.
– Have a contact number of a close relative, friend or good neighbour to hand by your telephone, just in case you need to phone them.
– Remember, if a crime is in progress or if you feel your life is in danger then call 999. For non-emergencies, you can report crimes and ASB online or by calling 101.

If you don’t want to be disturbed by Trick Or Treaters please display this poster.