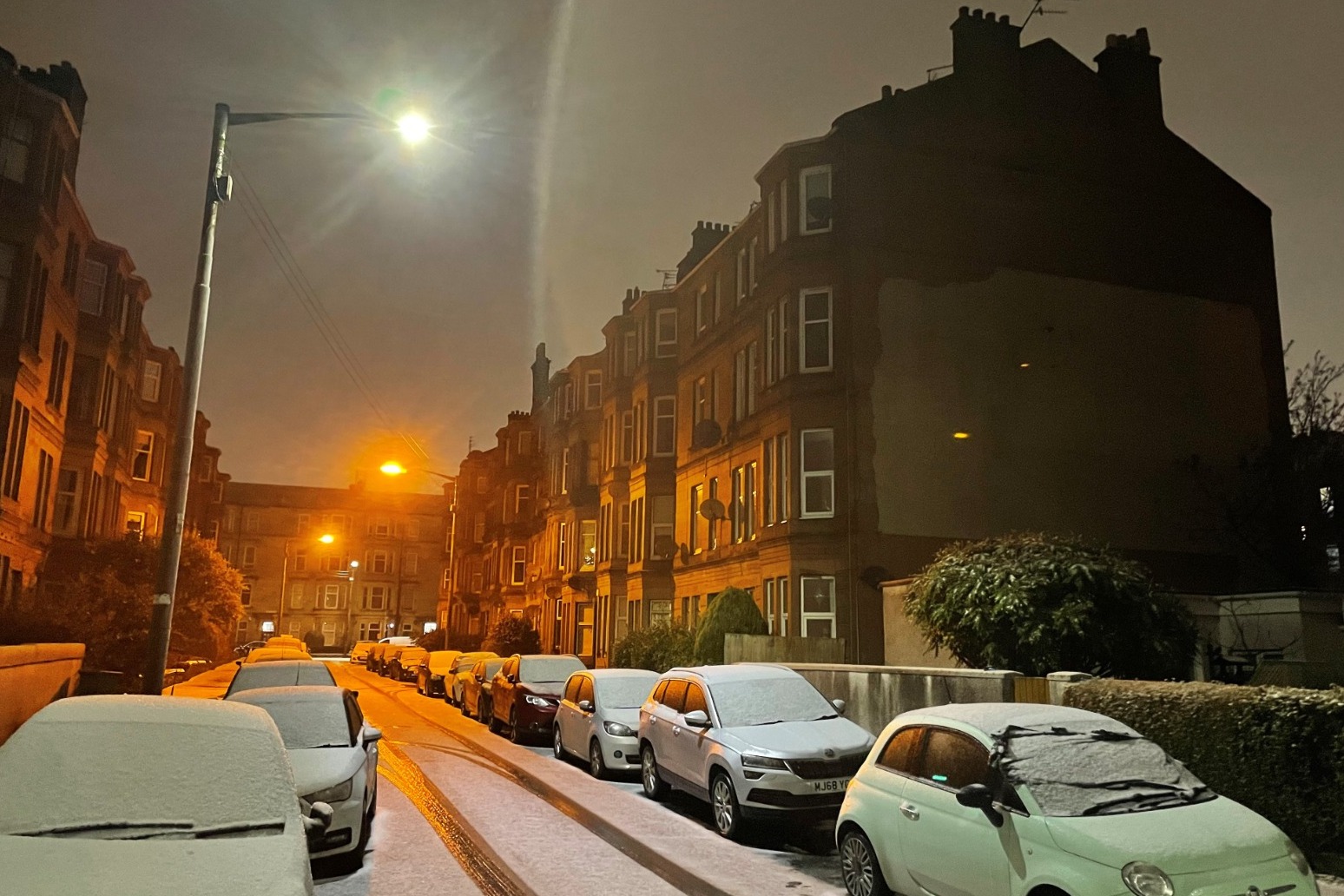 Heavy snow is disrupting travel in central Scotland where an amber weather warning is in force.

The Met Office alert warns that 5cm-10cm of snow could accumulate in some places in two to three hours, and said travel delays and power cuts are likely in some areas.

Many other parts of Scotland are covered by yellow warnings for snow and ice, including Shetland, where engineers are working to reconnect about 1,700 properties which have been without power since Monday.

The Scottish Government declared a major incident on Tuesday after thousands of homes lost power in Shetland on Monday afternoon as heavy snow brought down lines.

Traffic Scotland said on Friday morning that snow is affecting many major trunk roads and urged people to drive with care.

The amber weather warning, which is in force until midday, covers central Scotland as well as parts of Fife, Perth and Kinross, South Lanarkshire and Argyll and Bute.

The yellow warning of snow and ice for Shetland is in place until 10am, while the warning on the mainland is in force until 9pm on Friday.

In Shetland, power has been restored to hundreds of homes as engineers make “significant progress” in battling outages caused by the weather.

Teams from Scottish and Southern Electricity Networks (SSEN) Distribution reconnected about 750 homes and businesses in parts of western mainland Shetland, Voe and Brae on Thursday.

Speaking late on Thursday evening, Mark Macdonald, head of region at SSEN Distribution, said: “I’d like to thank customers for their ongoing patience and reassure them that we’re making every effort to restore supplies as soon as possible and provide support to those who need it.

“Armies of engineers have descended upon Shetland over the past 48 hours to restore power to homes and businesses across the islands, and more are on their way.

SSEN said it is expects to continue making progress over the next 48 hours and is targeting the restoration of the large majority of supplies by Sunday.

However, it added that some properties, particularly west of Bixter, will not have power restored until early next week due to access issues and the extent of the damage.

It comes after Scottish Justice Secretary Keith Brown visited Shetland on Thursday to chair a resilience meeting with members of the community and energy firm bosses.

He attended Bixter Community Hall to talk to residents, representatives from Scottish and Southern Electricity Networks (SSEN) and Police Scotland teams, before chairing a further meeting of the Scottish Government Resilience Room.

Mr Brown, who is also minister for resilience, said: “The situation in the west of Shetland remains extremely difficult for many people and businesses without power.

“There has been a fantastic community and cross-partner response. I met a range of residents at Bixter Hall today and what has struck me most is the huge team effort at play in a set of very difficult circumstances.

“Everyone is mucking in and helping each other, from making food and keeping each other’s spirits up, to checking on vulnerable members of the community. It really is quite extraordinary.”