Arrests made after extinction rebellion protests 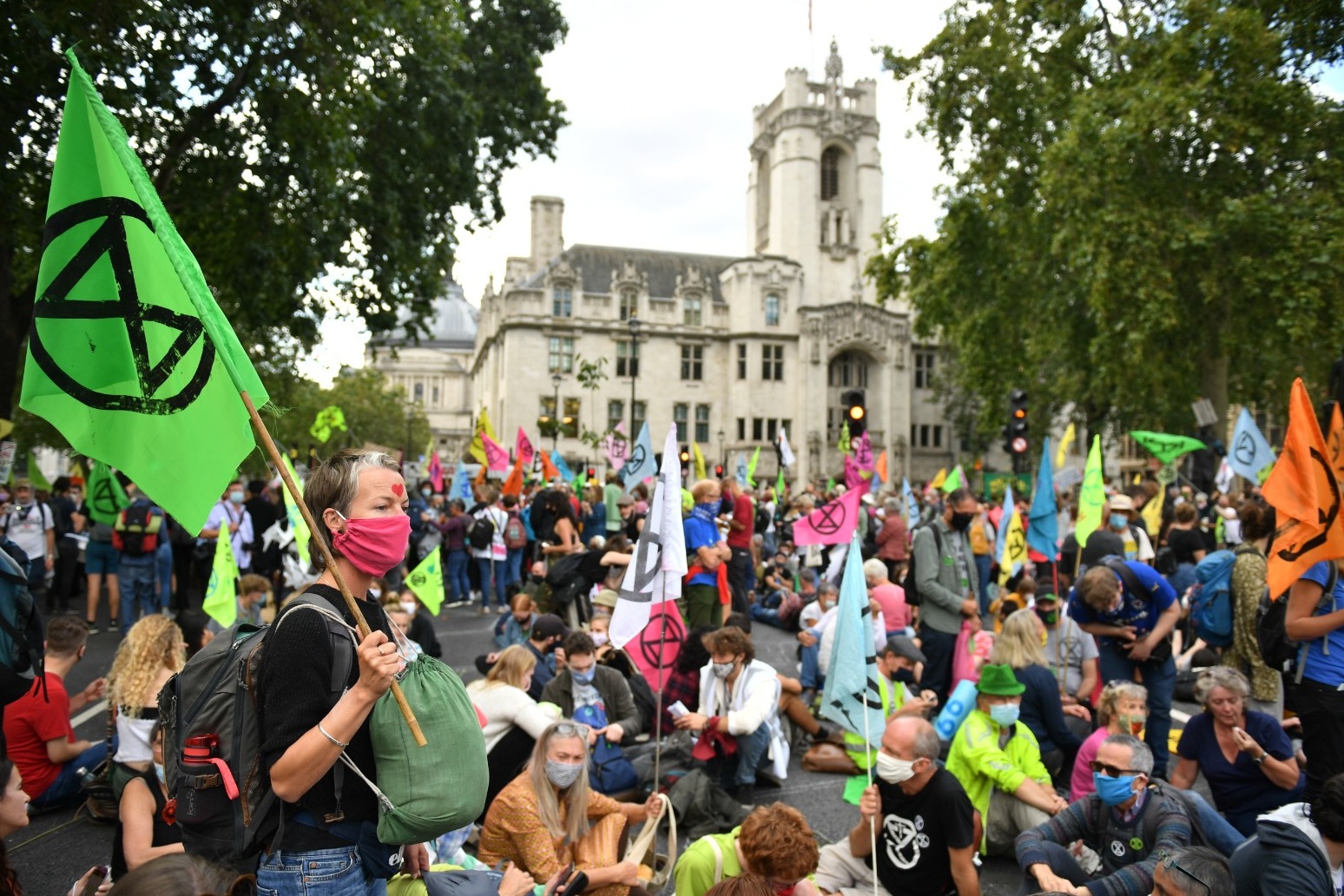 Thousands of campaigners descended on Parliament Square on Tuesday afternoon where they blocked roads, bringing traffic to a standstill, chanted, banged drums and made a range of speeches.

At least 10 were carried away by police after the group refused to move from the roads around Parliament Square.

Protesters chanted and cheered as the officers took them away to nearby police vans.

Four marches converged in Westminster after the Metropolitan Police had said the gatherings could only take place off the main roads at Parliament Square between 8am and 7pm.

Campaigners enjoyed a carnival-like atmosphere, waving flags and banners as they demanded the Government take the “climate crisis” seriously.

One protester, Karen Wildin, 56, a tutor from Leicester, told the PA news agency: “I’m here today because I have serious concerns about the future of the planet – we need to put this above anything else.

“Never mind Covid, never mind A-levels, this is the biggest crisis facing us and we need to raise the message as loudly as possible.

“Not a lot has been done on this issue, everyone needs to hear the message.”

Sarah Lunnon, a prominent member of Extinction Rebellion, said: “The failure to act on this issue will have a catastrophic impact on the future of us and the generations to come.

“We want to occupy Parliament Square to make our voices heard. Of course we’re in the middle of a pandemic but we’re balancing the risk, this is the biggest issue facing us.”

Last year, more than 1,700 arrests were made during Extinction Rebellion’s 10-day “Autumn Uprising”, which saw major disruption across the UK.