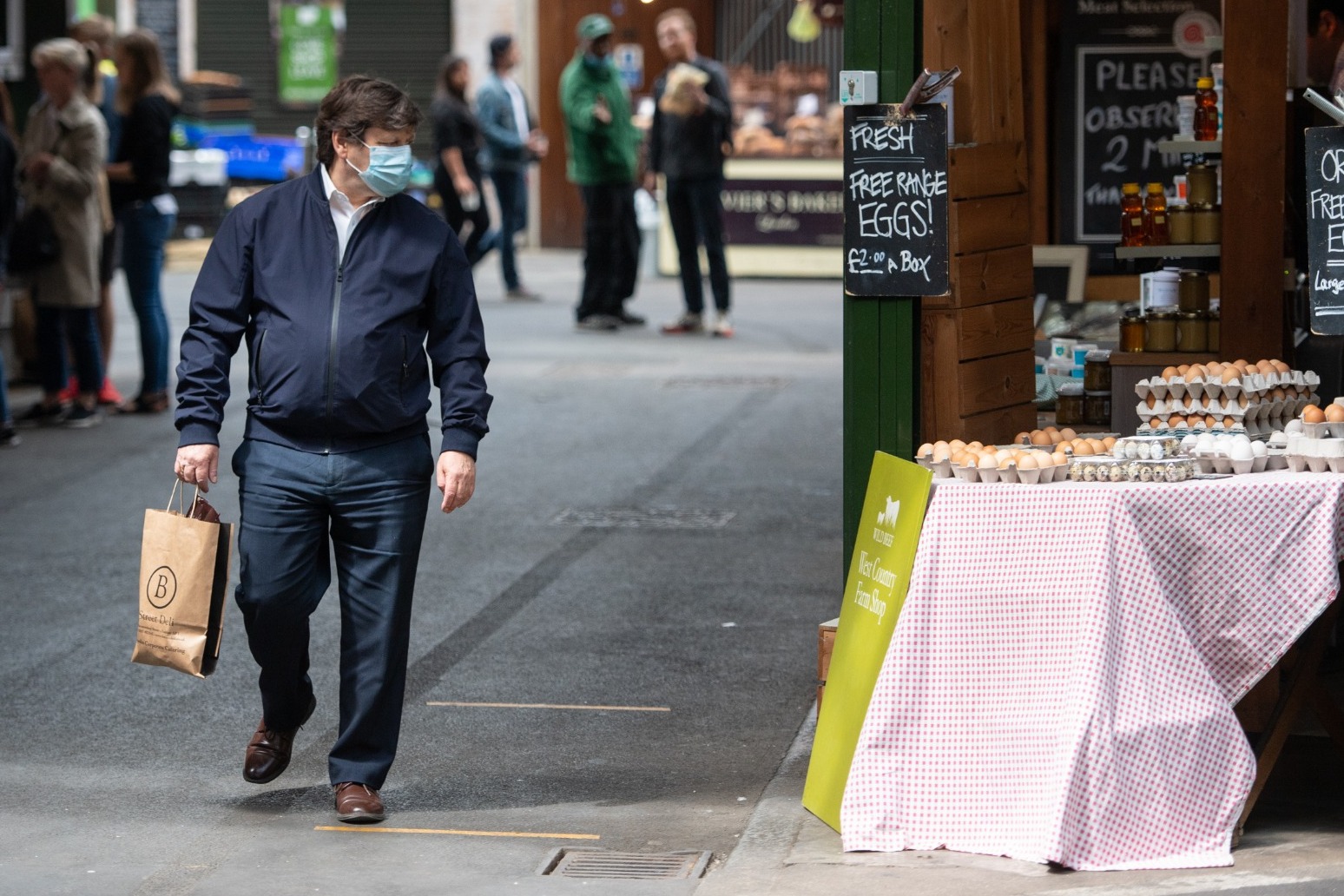 The BMA says compulsory face-covering measures should be introduced to “all areas” where social distancing is not possible.

Transport Secretary Grant Shapps announced on Thursday that wearing a covering will be mandatory on public transport in England from June 15.

However, face-covering measures can help prevent the spread of Covid-19 and “should not be restricted to public transport”, according to BMA council chair Dr Chaand Nagpaul.

Dr Nagpaul said the risk of the virus would be “much less” if the public wears face coverings straight away instead of waiting for the mid-June start date.

He said: “The BMA recently advocated the wearing of face coverings by the public several weeks ago in areas where they cannot socially distance and believes it is right that people should be required to wear face coverings on public transport.

“Given there remains a considerable risk of infection, with thousands of new cases every day, wearing masks can reduce the spread of the virus.

“Not only will this afford greater protection to the public, importantly it will protect the lives of the staff working on public transport who, as evidence suggests, are at greater risk of infection.

“These important measures should not be restricted to public transport but to all areas where social distancing is not always possible – the risk will be much less if the public adopts this now – not mid-June.”

Dr Nagpaul went on to say that the Government should ensure a supply of face coverings for the public as well as providing advice on how to wear them correctly.

It comes as critics hit out at the Government for being “too slow to act” in introducing the measures.

Shadow transport secretary Jim McMahon said: “This is just another example of the Government being slow to act. Two months ago, Labour immediately backed the mayor of London’s call for face coverings on public transport to be compulsory. Yet only now Tory ministers are acting.”

Mick Cash, general secretary of the Rail, Maritime and Transport union (RMT), said: “The RMT has been campaigning for compulsory wearing of masks on public transport and this is long overdue, but we fear this announcement is being driven not by safety concerns but by the premature easing of the lockdown which is swelling passenger numbers and making social distancing on transport increasingly impossible.”