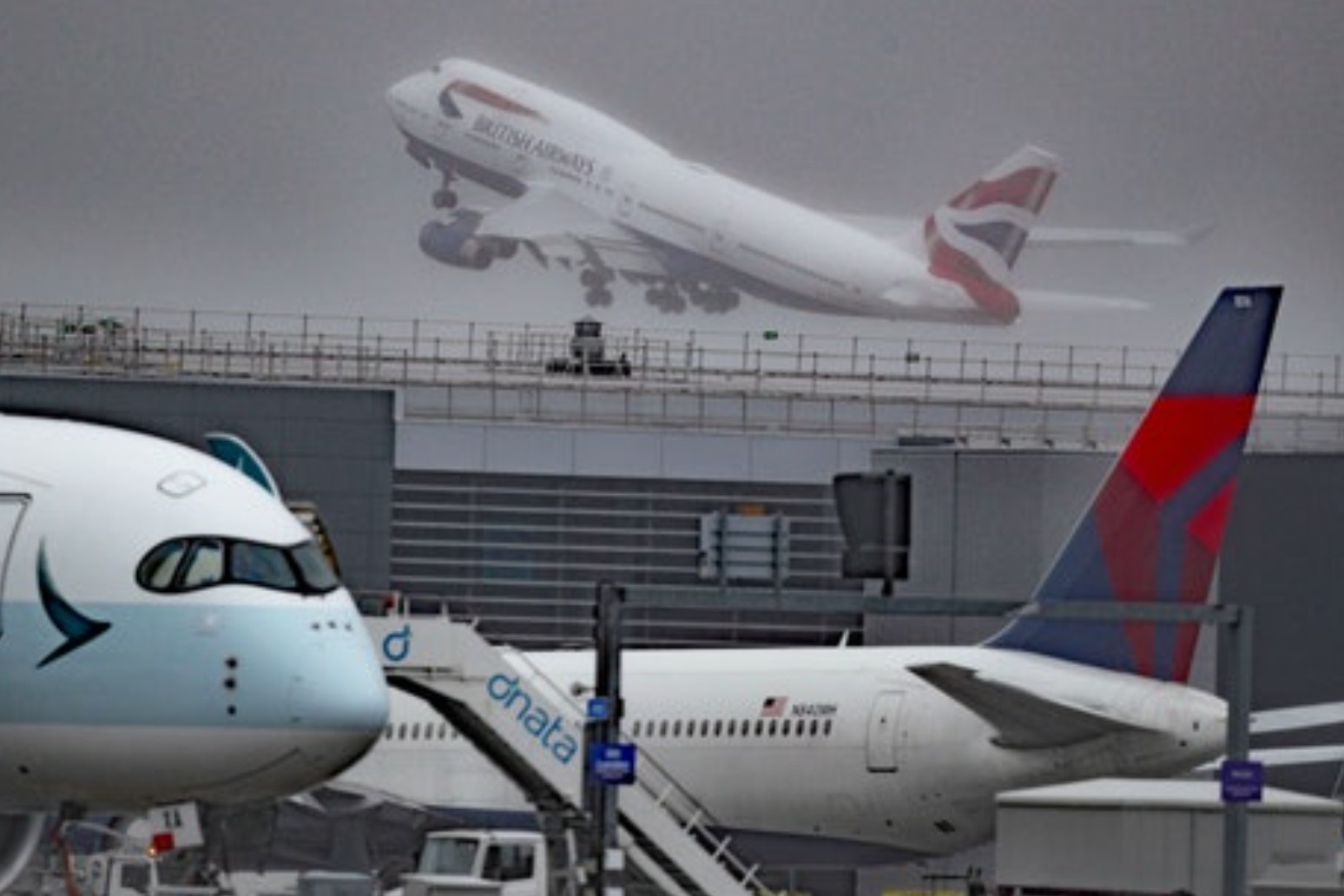 British Airways’ last two Heathrow-based Boeing 747 planes have departed from the airport on their final flight.

The jumbo jets left the west London airport shortly after 8.35am on Thursday, as more than 18,000 people watched a livestream of the event on Facebook.

The airline brought forward the retirement of its fleet of 747-400 aircraft due to the impact of the Covid-19 pandemic on the aviation sector.

The G-CIVB and G-CIVY 747 models had been due to perform a synchronised dual take-off on parallel runways, but instead departed from the same runway separately.

BA said the G-CIVB model entered service in February 1994 and had flown 59 million miles, while G-CIVY had clocked-up 45 million air miles having first flown in September 1998.

Launched in 1969, the 747-400 aircraft were considerably larger than existing airliners, with a capacity of around 550 passengers.

They were known by British Airways as The Queen Of The Skies.

The airline once boasted the world’s largest fleet of the 747-400 model with 31 aircraft.

The 747 fleet is to be replaced by quieter, more fuel-efficient aircraft as part of the airline’s commitment to achieving net zero carbon emissions by 2050.

The airline expects the last 747s, currently positioned in Wales, to leave the fleet by the end of the year.