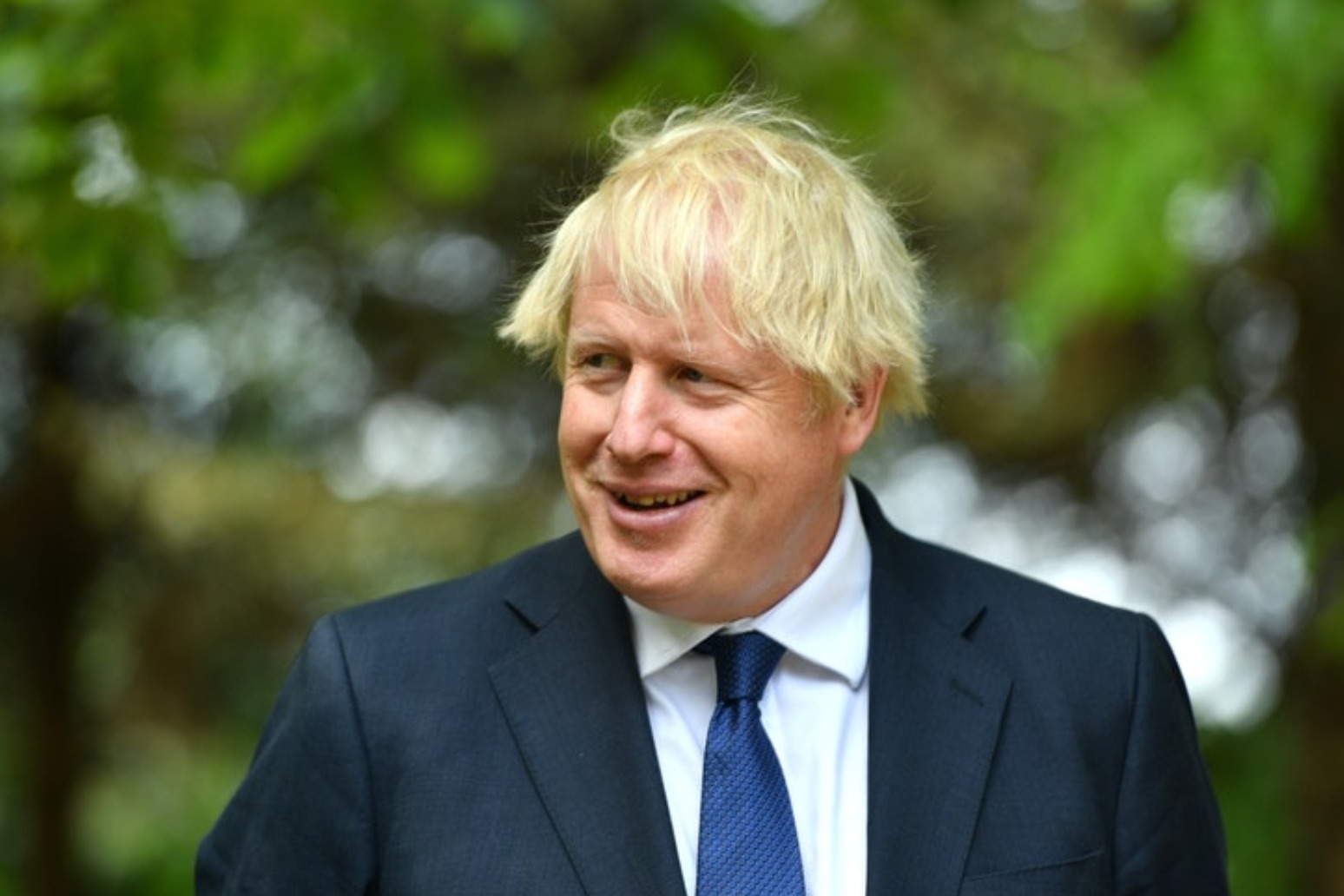 Boris Johnson is under pressure to intervene to end the deepening A-levels crisis in England, amid growing anger among pupils and teachers and warnings of unrest among Tory MPs.

Labour leader Sir Keir Starmer called on the Prime Minister to take “personal responsibility” for fixing the issue, accusing him of having been “invisible” throughout the turmoil.

The Conservative former education secretary Lord Baker of Dorking urged ministers to delay the publication of GCSE results, due this week, until the problems with A-levels had been resolved.

Mr Johnson had been expected to be in Scotland this week on a camping holiday with his fiancee, Carrie Symonds, and their baby son Wilfred.

But with Labour demanding he hold a press conference to explain how he intends to right the “historic injustice” suffered by pupils who had had their grades marked down, Downing Street was unable to say whether the trip would go ahead.

The Department for Education (DfE) has said it is continuing to work with the regulator Ofqual to build as much “fairness into the appeals process as possible” to help what it described as the “most difficult cases”.

“Ofqual continues to consider how to best deliver the appeals process to give schools and pupils the clarity they need,” a DfE spokesman said in a statement issued late on Sunday.

However the position was not helped by the decision of the exams regulator to issue guidance over the weekend on students using the results of mock exams as the basis for an appeal, only to withdraw it hours later.

No explanation was given for the move, although Labour said that it undermined assurances given to pupils by Education Secretary Gavin Williamson about the appeals process.

Mr Williamson last week gave a “triple-lock” commitment that pupils could use the highest result out of their teacher’s predicted grade, their mock exam, or sitting an actual exam in the autumn.

In a further setback for the Education Secretary, The Daily Telegraph reported that some members of the Ofqual board now wanted to ditch the system for “moderating” the predicted grades awarded by teachers so results are standardised across the country.

Mr Williamson has consistently argued moderation was essential to prevent “rampant grade inflation” after actual exams were cancelled amid the coronavirus crisis, insisting there can be no U-turn.

However critics have complained the algorithm used by Ofqual to make the adjustments had penalised pupils in schools in more disadvantaged areas, while benefiting those in private schools.

The Telegraph said some Ofqual board members believed it had resulted in a “haemorrhaging” of public trust in the results, and reverting to teacher assessments – as the Scottish government had done – may be the “least bad option”.

Those concerns are likely to strengthen the hands of teaching unions who are pressing for teacher assessments as the only fair way forward.

In all, almost 40% of all A-level grades in England were marked down as a result of the standardisation process, and ministers are now braced for another backlash when the GCSE results – which are moderated using the same algorithm – are released on Thursday.

According to the BBC, research from the Sixth Form Colleges Association has revealed this year’s sixth form A-level grades are below the average of the last three years in England – in some cases falling 20% lower than similar historic performances.

The former Liberal Democrat leader Sir Vince Cable, who served in coalition with the Conservatives under David Cameron, warned the issue would cause the Government “lasting harm”.

Speaking on BBC Radio 4’s The Westminster Hour he said one “act of ill will” in particular could rebound on ministers.

“The Royal Statistical Society offered help to try and improve this algorithm, to make it more genuine and realistic,” he said.

“And the help was refused because the statisticians were not willing to sign a gagging clause promising not to reveal what they found.

“That kind of dishonesty in the background really doesn’t help the smell around this whole thing.”