Boy fights for life after frozen lake tragedy in Solihull 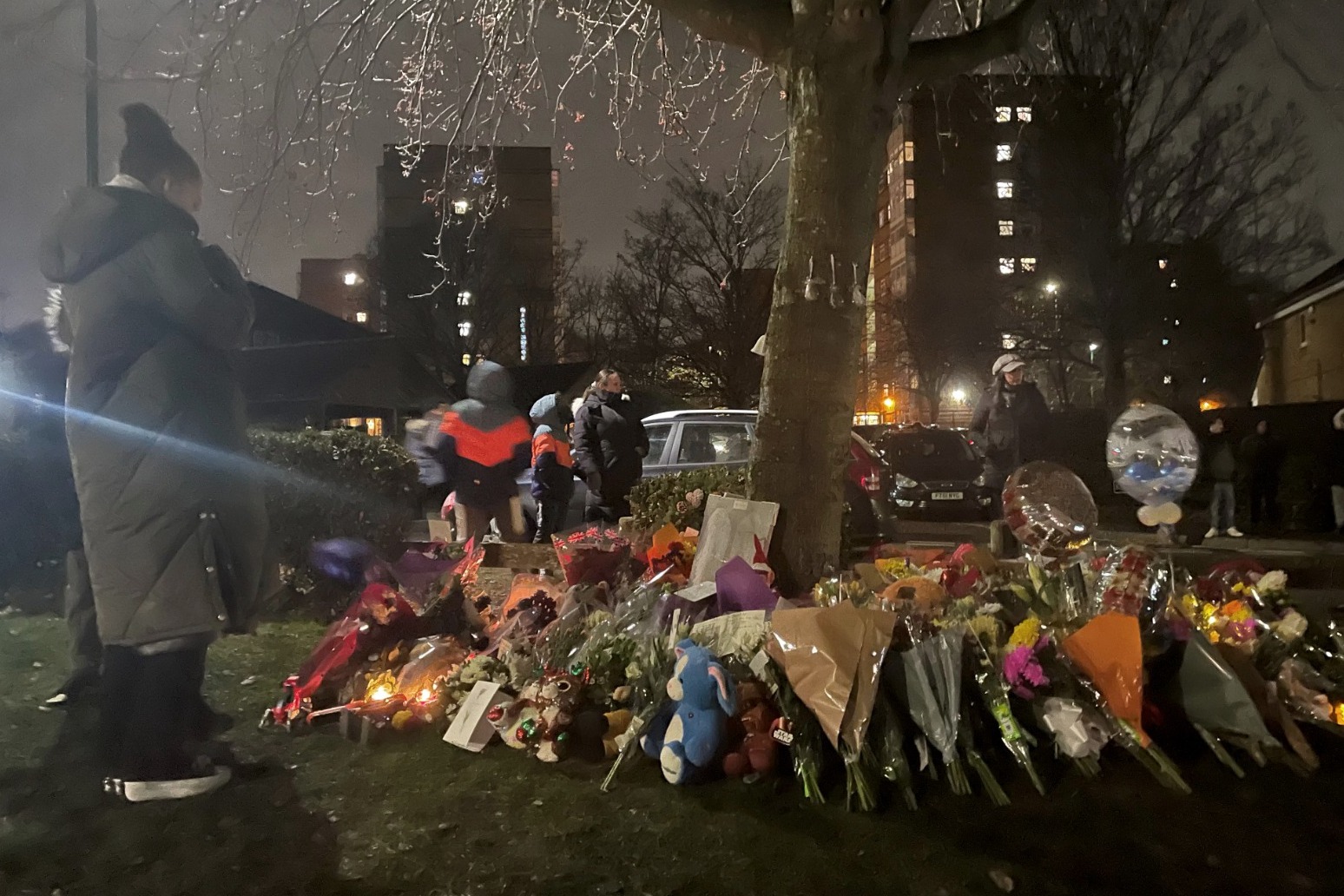 The six year old remains in a critical condition in hospital, as a vigil is held for the three boys who died

A six-year-old boy who fell through the ice into a lake in the West Midlands is still fighting for his life as a community tries to come to terms with the tragedy, which left three children dead.

Floral tributes, balloons, soft toys and lighted candles were left by mourners at a vigil held in Kingshurst, Solihull, near Birmingham, on Monday night.

Three boys aged eight, 10 and 11, who fell through the ice into Babbs Mill lake, died, while a fourth boy, aged six, remains in a critical condition in hospital.

He was pulled from the water by emergency crews, including a police officer who tried to punch through ice during the rescue efforts.

West Midlands Police said nobody else had been reported missing.

Emergency services were first called to the scene at 2.36pm on Sunday, where it was reported four children had been playing on the ice and fallen through into the lake.

Members of the public and police officers initially went into the chilly waters to try to get the youngsters out, before the children were reached by specialist water rescue-trained firefighters who got the group to safety.

Those pulled from the water were given immediate life support by ambulance and fire service personnel before being rushed to two Birmingham hospitals; Birmingham Children’s and Heartlands, where they all arrived in critical condition.

In an update on Monday morning, West Midlands Police said: “Three boys have tragically died after falling into the lake at Babbs Mill Park in Solihull yesterday afternoon.

“The boys, aged 11, 10 and eight, were rushed to hospital after being pulled from the water.

“Sadly, they could not be revived and our thoughts are with their family and friends at this deeply devastating time. We’ll have specialist officers offering them as much support as we can.

“A fourth boy, aged six, remains in a critical condition in hospital.”

Searches of the lake are continuing to establish whether anyone else fell into the water, following reports that as many as six children may have been involved.

During a news conference at an entrance to Babbs Mill nature reserve, Superintendent Richard Harris, of West Midlands Police, said: “We have to be 100% certain that there is no one else possibly in the water at this time.

“It’s important to stress though that we’ve had no contact from anybody suggesting that there’s anybody else missing but until we’re 100% certain we will be carrying on searches throughout the course of today.”

Supt Harris added: “Police officers did go into the water.

“They were joined by other members of the other emergency services. Some of the officers went in waist deep.

“One of my officers was trying to punch through the ice to actually rescue the children themselves. That officer as a result of that had some mild hypothermia yesterday. I’m pleased to say that he’s now been released from hospital and he’s absolutely fine.”

He told reporters: “Also this time of year, it’s on the run-up to Christmas, so close to the event itself, also adds to that tragedy.

“But as you can imagine the families are absolutely devastated, which is why we’re doing our very best to support the families.

“And obviously we’re abiding by their requests at the moment as to how much information that the families want us to to make available to the media so we’re doing everything we possibly can to support them.”

West Midlands Fire Service area commander Richard Stanton said the deaths of the three boys were a tragic reminder of the dangers of open water.

Appearing beside Supt Harris, Mr Stanton said: “Yesterday’s incident is a stark reminder to us all of the dangers of open water, especially during the winter months.

“Frozen lakes, ponds, canals and reservoirs can look picturesque but they can be lethal and there are no greater warnings of this than yesterday’s tragic events.

“We would ask parents and carers to remind their children of the dangers of ice and why they must keep off it. Please help us to avoid this from happening again.”

Meriden MP Saqib Bhatti also visited the scene on Monday, along with the leader of Solihull Council Ian Courts and deputy leader Karen Grinsell, with each praising emergency services for their heroic efforts to pull the children from the water.

The MP told reporters: “Clearly there is one officer who has mild hypothermia. In these conditions not to worry about your own safety and just to go after those children is heroic.

“The (search) operation went on all night in these really tough conditions.

“The whole community will be feeling the pain of this.”

And Cllr Courts said: “This is just about as bad as it gets … a dreadful situation.

“We are completely stunned at what’s happened.

“Clearly our thoughts and prayers have to be with the families in this situation. I can hardly imagine what the families are going through.”

Temperatures are thought to have plunged to 1C (34F) in the area at the time of the incident, falling to minus 3C (26F) overnight.