Captain Tom to be knighted on Friday 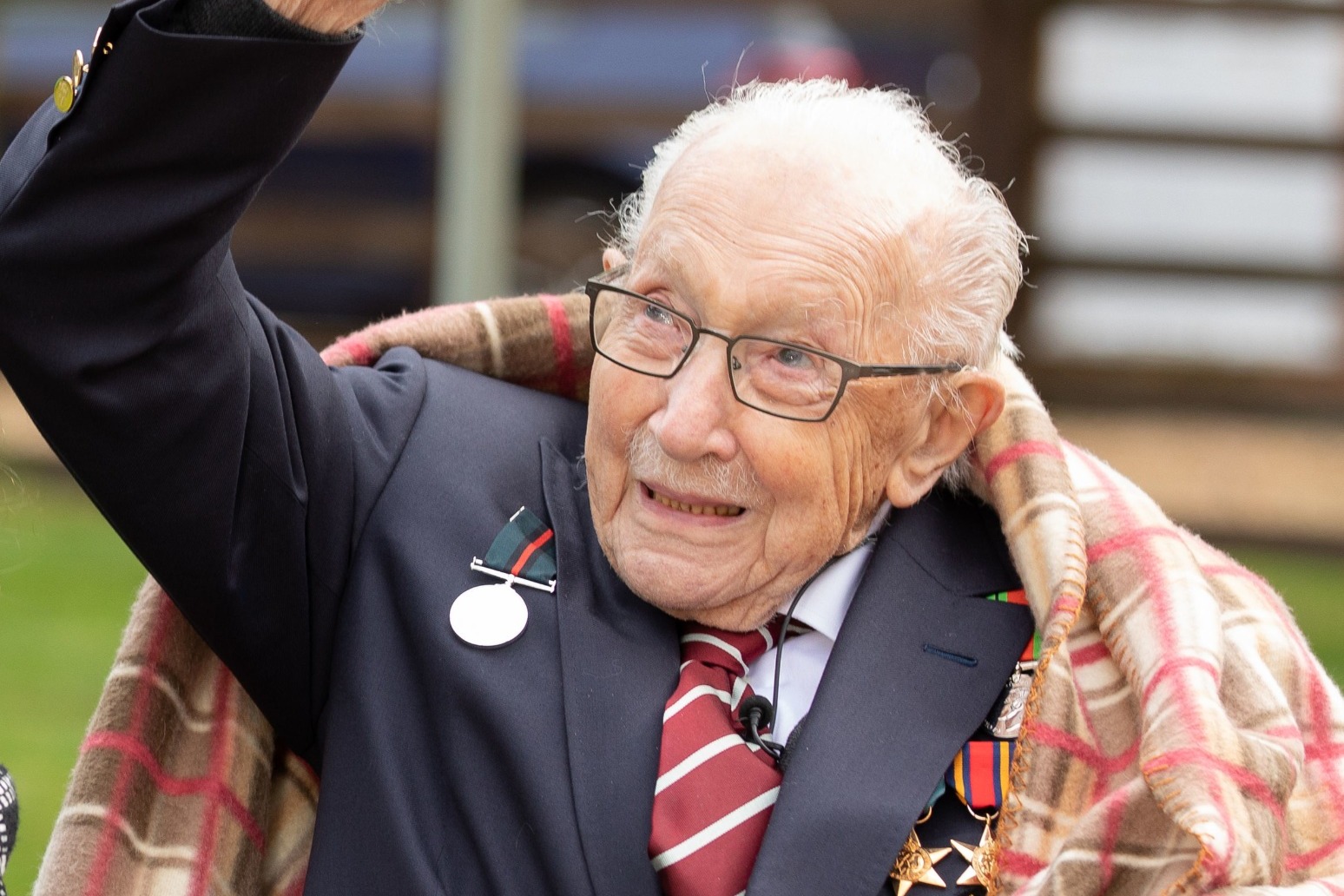 Fundraising hero Captain Sir Tom Moore is to be knighted by the Queen in his own personal ceremony at Windsor Castle on Friday.

The 100-year-old Second World War veteran will travel to the Berkshire royal residence with members of his family for the rare, special investiture with the monarch.

He won the hearts of the nation for his determination after originally setting out to raise just £1,000.

Royal investitures were put on hold during the pandemic and those scheduled to take place at Buckingham Palace and the Palace of Holyroodhouse in Edinburgh in June and July were postponed.

But the 94-year-old Queen, who has been staying at Windsor since before lockdown for her safety, will carry out the official engagement in person – rare for the monarch during the pandemic – to honour Captain Sir Tom.

The monarch will use the sword that belonged to her father, George VI, and will present Captain Sir Tom with the insignia of Knight Bachelor.

The ceremony will take place entirely within the confines of Windsor Castle, with no viewing positions for the public.

Such is the popularity of Captain Sir Tom that members of the public are being asked not to attend Windsor town centre or gather in the hope of seeing any of the ceremony, which will not be visible from any external viewpoint.