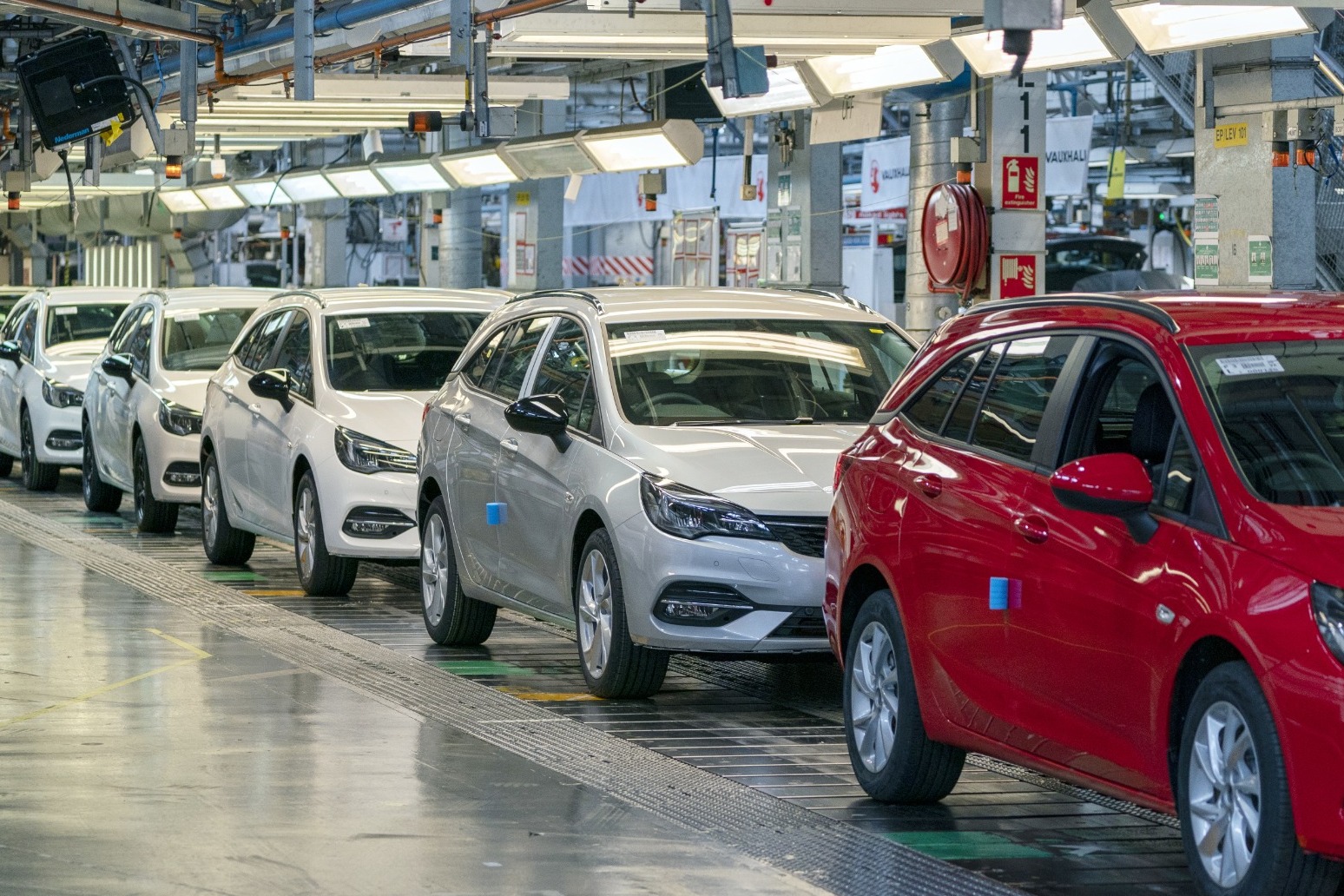 December rounded off a volatile 12 months, with output down 17.9% year on year, following growth in October and November.

Volumes for the UK last year were up 9.4% compared with 2021, but this failed to offset a 14.0% decline in exports, with four out of five UK-built cars shipped overseas.

The SMMT said the global shortage of semiconductor chips limited the ability of car makers to build vehicles in line with demand.

It also stated that the figures reflect the closure of Honda’s factory in Swindon in July 2021 and the decision by Stellantis to stop producing the Vauxhall Astra in Ellesmere Port in April 2022 as part of plans to repurpose the factory to make electric vans.

Record levels of electrified vehicles were produced, with almost a third of all cars made fully electric or hybrid.

They were worth £10 billion in exports alone, according to the SMMT.

The industry body’s chief executive, Mike Hawes, said: “These figures reflect just how tough 2022 was for UK car manufacturing, though we still made more electric vehicles than ever before – high-value, cutting-edge models, in demand around the world.

“The potential for this sector to deliver economic growth by building more of these zero-emission models is self-evident; however, we must make the right decisions now.

“This means shaping a strategy to drive rapid upscaling of UK battery production and the shift to electric vehicles based on the UK automotive sector’s fundamental strengths – a highly skilled and flexible workforce, engineering excellence, technical innovation and productivity levels that are among the best in Europe.”

It had plans to build a giga-factory in Northumberland but failed to raise enough funding.

A Government spokesperson said: “We are determined to ensure the UK remains one of the best locations in the world for automotive manufacturing.

“Our success is evidenced by the £1 billion investment in Sunderland in 2021, and we are building on this through a major investment programme to electrify our supply chain and create jobs.”