Chernobyl and End Of The World win big at TV Baftas 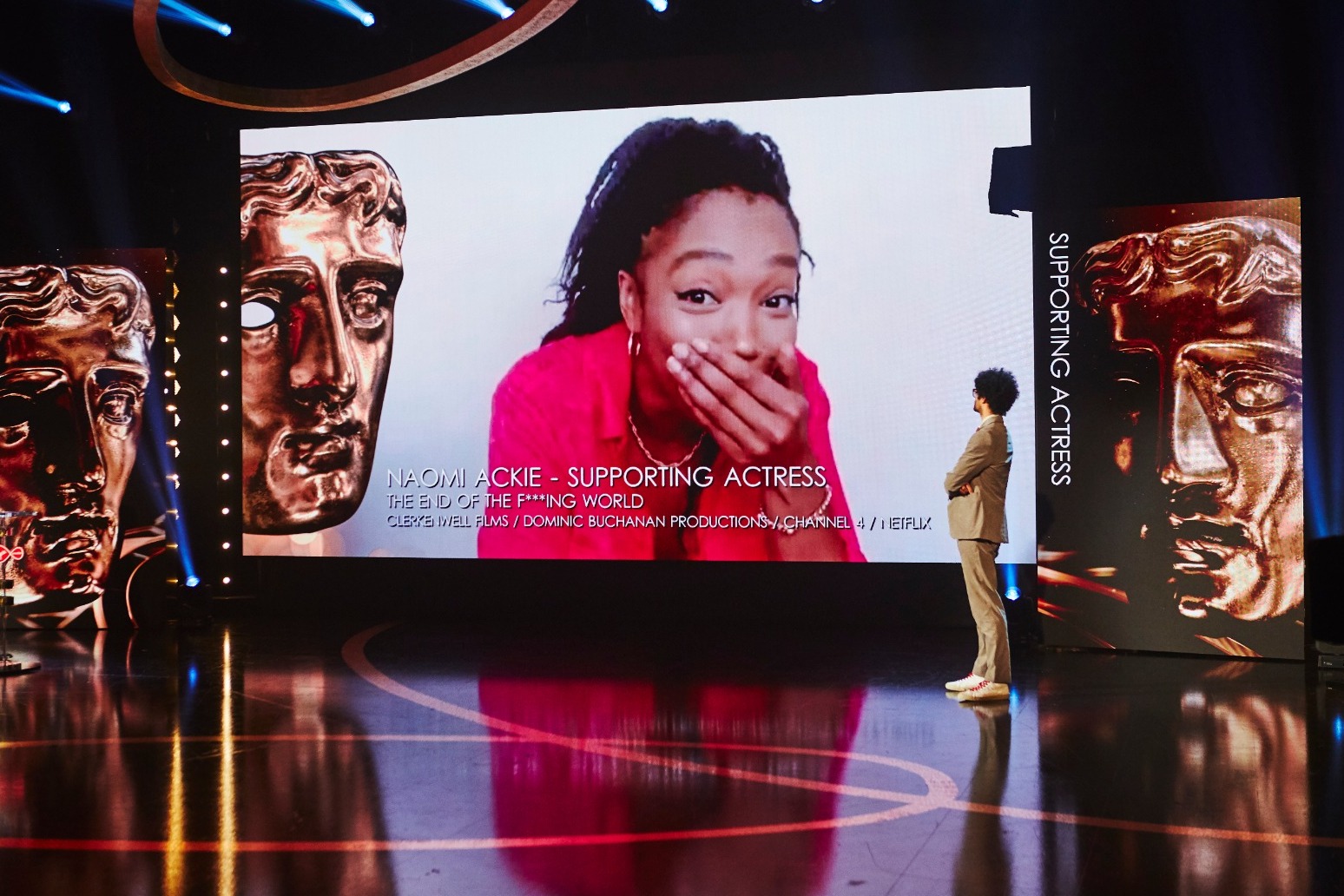 Chernobyl and Channel 4 comedies Stath Lets Flats and The End Of The World were the big winners at the Bafta TV Awards, securing two gongs each.

The ceremony broadcast as live on BBC One from behind closed doors due to the coronavirus pandemic, with nominees accepting their awards virtually.

BBC One’s Strictly Come Dancing won the gong for entertainment programme – the second time the show has won the award.

Strictly judge Shirley Ballas thanked the celebrities, who she said “throw themselves into the world of Strictly”.

Her fellow judge Bruno Tonioli added: “The biggest thank you goes to all of you, our viewers, without you we would not be here and we hope to keep you entertained and happy for many years to come.”

Glenda Jackson won the gong for best actress for Elizabeth Is Missing, which comes 48 years after her first Bafta win.

Sian Clifford was named the winner of the female performance in a comedy programme, for her role in BBC Three hit Fleabag.

A tearful Clifford said “Oh my god!” as she reacted to her win.

She was nominated in the category alongside Fleabag creator Phoebe Waller-Bridge.

She dedicated the win to her father and late mother, saying: “I love my dad and he has been so supportive… and I know my mum up in the clouds would be so happy.”

She added: “This makes lockdown so much better.”

Will Sharpe won the award for best supporting actor for his role in BBC Two crime drama Giri/Haji.

Speaking in a pre-recorded clip, he said: “It was enough for me to have had the opportunity to play the role, and so whether this clip sees the light of day or not, I have been and will remain incredibly grateful for all of it.”

The must-see moment award went to Gavin And Stacey for the scene in which Nessa proposes to Smithy from the BBC show’s recent Christmas special.

Co-creator Ruth Jones said: “Thank you to everybody who was involved in making the show. It was really joyous experience for us all. Winning this Bafta is immense.”

Fellow co-creator James Corden added: “Thank you very much to everybody who voted and the cast and crew that made the show.

“This is the lovely icing on an already really lovely cake. ”

Other winners on the night included Mo Gilligan with best entertainment performance for The Lateish Show With Mo Gilligan, while Race Across The World was named winner of the reality and constructed factual.

The Bafta TV award for comedy entertainment programme went to Taskmaster, which airs on Dave.

Some winners recorded their acceptance speeches in advance not knowing whether they had won or not, while others appeared via video call.

Australian comedian and musician Tim Minchin also performed a satirical song written for the ceremony via video link, about the coronavirus pandemic’s impact on the film, TV and theatre industries.

The Bafta TV awards were due to take place on May 17, while the craft awards, which celebrate technical achievements, were to be held on April 26, but were postponed because of the coronavirus crisis.

The craft awards were streamed online on July 17, hosted by Stephen Mangan.

The event comes after Boris Johnson pushed back the date on which theatres and music venue would be able to host indoor performances.