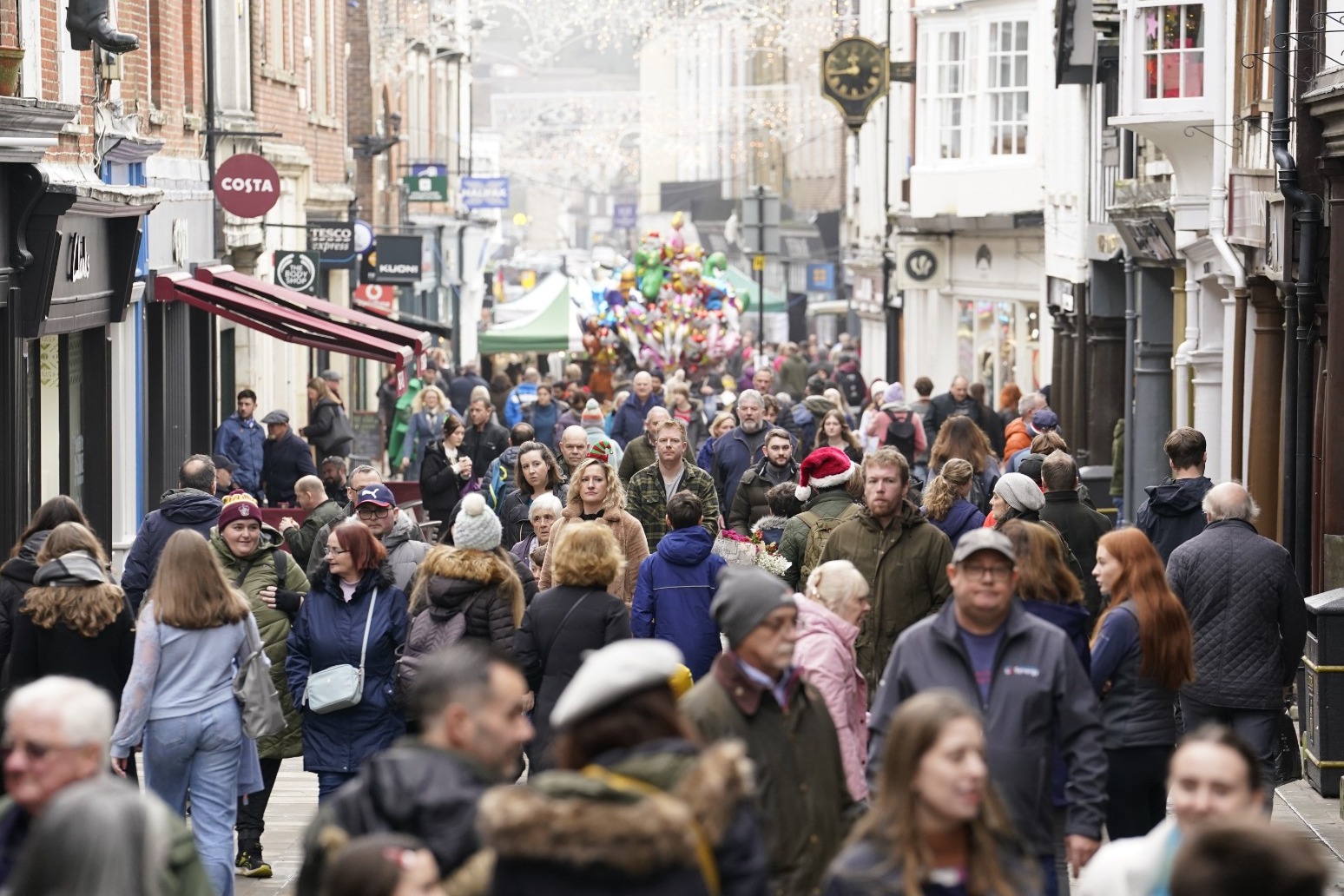 However, the rise in sales masked a significant drop in volumes considering historically record inflation.

Food sales were also strong, growing nearly 8% year-on-year as families gathered at home to make the most of an unrestricted Christmas.

Despite the bad weather, and with postal strikes ongoing, shoppers opted to head for the high street to browse for Christmas presents, with online sales growth continuing to slide across a number of categories.

BRC chief executive Helen Dickinson said: “After an exceptionally challenging year which saw inflation climb and consumer confidence plummet, the uptick in spending over Christmas gave many retailers cause for cheer.

Paul Martin, UK head of retail at KPMG, said: “Whilst the numbers for sales growth in December look healthy, with sales values up by nearly 7% on last year, this is largely due to goods costing more and masks the fact that the volume of goods that people are buying is significantly down on this time last year.

“With Christmas behind us, retailers are facing a challenging few months as consumers manage rising interest rates and energy prices by reducing their non-essential spending, and industrial action across a number of sectors could also impact sales.”

Meanwhile, figures from Barclays show consumer card spending grew 4.4% year-on-year in December – slightly higher than in November (3.9%), but well below the 9.3% rise in consumer price inflation.

Hospitality and travel received a boost from Christmas parties, the football World Cup and 2023 holiday bookings, while the cold snap saw spending on utilities climb even higher, and postal strikes hampered online retail, meaning shoppers headed to the high street for last-minute gifts.

Data from Barclays, which sees nearly half of the nation’s credit and debit card transactions, reveals that spending on essential items increased 5.1% in December, although this was slightly lower than November’s year-on-year 7.1%, with spending on fuel seeing its smallest rise of 10.6% since March 2021.

Supermarket spending was up 5.5%, but this was lower than the 6.5% growth seen in November.

The percentage of Britons reporting concerns about rising food prices remains high at 91%, while 65% say they have been looking for ways to reduce the cost of their weekly shop, Barclays reported.

As December’s cold snap led more households to turn up or increase their heating, spending on utilities increased by 40.6%, slightly higher than November’s 40.1%.

Esme Harwood, director at Barclays, said: “The retail, travel and hospitality sectors all saw noticeable growth in December. Sports and outdoor retailers saw their largest increase since March 2022 as many Brits sought to get a head start on their January health kick. Meanwhile, pubs, bars and clubs benefited from Christmas parties and football fans watching the World Cup.

“However, it’s worth noting that these figures look more positive in comparison to December 2021, as the spread of Omicron kept Brits away from high streets and hospitality venues. It seems this year shoppers returned to the high street to make the most of the festive period despite the cost-of-living challenges.”