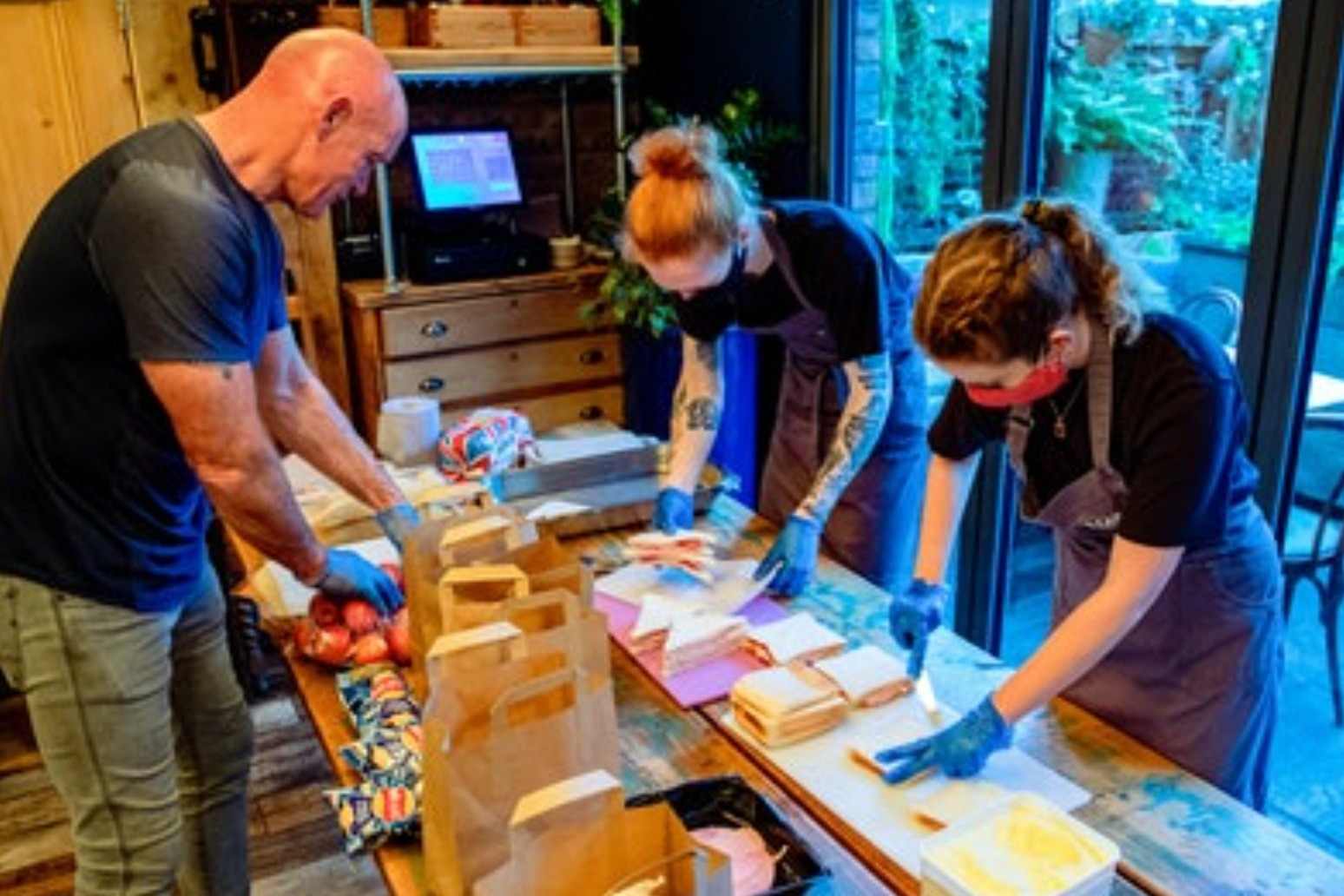 Thousands of free meals will be provided to children by businesses, local authorities and community groups on the first day of half term as ministers faced a damaging grassroots Tory revolt over the issue.

Dozens of people from a range of organisations, including Conservative-led councils, have stepped in to help, with Health Secretary Matt Hancock praising their “absolutely wonderful” efforts while insisting that millions has already been provided to town halls to help their communities.

A petition from footballer Marcus Rashford, who has been spearheading demands for free meals to be extended in England over the school holidays, has passed 800,000 signatures, piling further pressure on the Government to act.

Rashford questioned Boris Johnson’s willingness to engage with him on the issue, suggesting they had not spoken since the Government’s U-turn on providing food vouchers during the summer break in June.

Mr Hancock said he agrees “very strongly” with “the purpose” of Rashford’s campaign, telling Sky News: “I think we’re all inspired by the way that he’s led that campaign.”

He said that Universal Credit had been increased by £20 a week while £63 million has already been provided by central Government to local authorities so that they can support people.

But he hinted that further help could be given, amid reports the Government is planning a partial climbdown in time for the Christmas holidays.

“Our attitude and our purpose it to ensure that everybody gets the support they need and no child, of course, no child should go hungry, nobody could possibly want that,” he told BBC Radio 4’s Today.

“The question is how best to do it.”

Mr Hancock was challenged over whether decisions by councils – including Tory-run authorities – businesses and charities to step in showed that more direct action is needed.

“I think that’s absolutely wonderful that companies have come forward and are playing their part and supporting people in these very difficult times.

“I also think that it’s brilliant that the councils are coming forward, having been funded by central government, £63 million has gone to councils so that they can do exactly what you say, so that they can support people and make sure that everybody and every child gets the support that they need,” he said.

Mr Hancock said “of course” he welcomes the support from councils “because that is the councils delivering with the funding that has been provided by central government”.

The Health Secretary said there had been “communication” between Mr Johnson and Rashford, who reportedly wrote to the Prime Minister in September.

But the Manchester United star responded on Twitter: “Hmm, unless he’s referring to the call we had following the U-turn in June?”

The footballer has used his social media profiled to highlight examples of businesses that have pledged to help with meals for local children.

First stepping in to help include Barry’s Tearoom in Cumbria, Greenfields Farm in Telford, The Watering Can in Liverpool, Jordan’s Cafe in Worthing and Count House Cafe in Cornwall.

Conservative-led Bournemouth, Christchurch and Poole Council said it would be providing food parcels for families from Monday, tweeting: “No child should go hungry.”

Announcing almost 3,300 youngsters would receive £15 vouchers from their schools to cover the cost of meals during the holiday, Kensington and Chelsea council, which is also Tory-run, said: “No kid should go hungry.”

Other Tory-controlled councils getting on board include Hillingdon, which is in Boris Johnson’s constituency, Medway and Wandsworth, with the latter approving a £10,000 food voucher scheme.

Warwickshire County Council’s Tory chief Izzi Seccombe told Today that money from Whitehall was “tight” and “we are going to be funding it ourselves now”.

“What we don’t want is people within Warwickshire feeling anxious, feeling worried and children going hungry during this half-term period,” she said.

Meanwhile, Sir Keir Starmer has sought to exploit the disarray in the Conservative ranks by confirming Labour will force another Commons vote on the issue if ministers do not relent in time for the Christmas holidays.

Former minister Tobias Ellwood told Today it would be “churlish” not to act, adding: “I would like to see Boris Johnson look at this issue again, recognising the wealth of support across the nation, the fact that we all want the same thing – let’s not forget this generation of children have actually had their lives impacted in ways not seen since the war.

“The pandemic has been tough, difficult winter ahead, let’s make sure we have a programme in place which all parties can agree with.

“If that’s utilisation of the free school meal holiday provision, then so be it.”

Senior Conservative MP Sir Bernard Jenkin has warned the Government had “misunderstood the mood of the country” and would probably have to think again.

Former children’s minister Tim Loughton, who abstained in last week’s vote on the issue, said he would vote against the Government if it came to the Commons again.