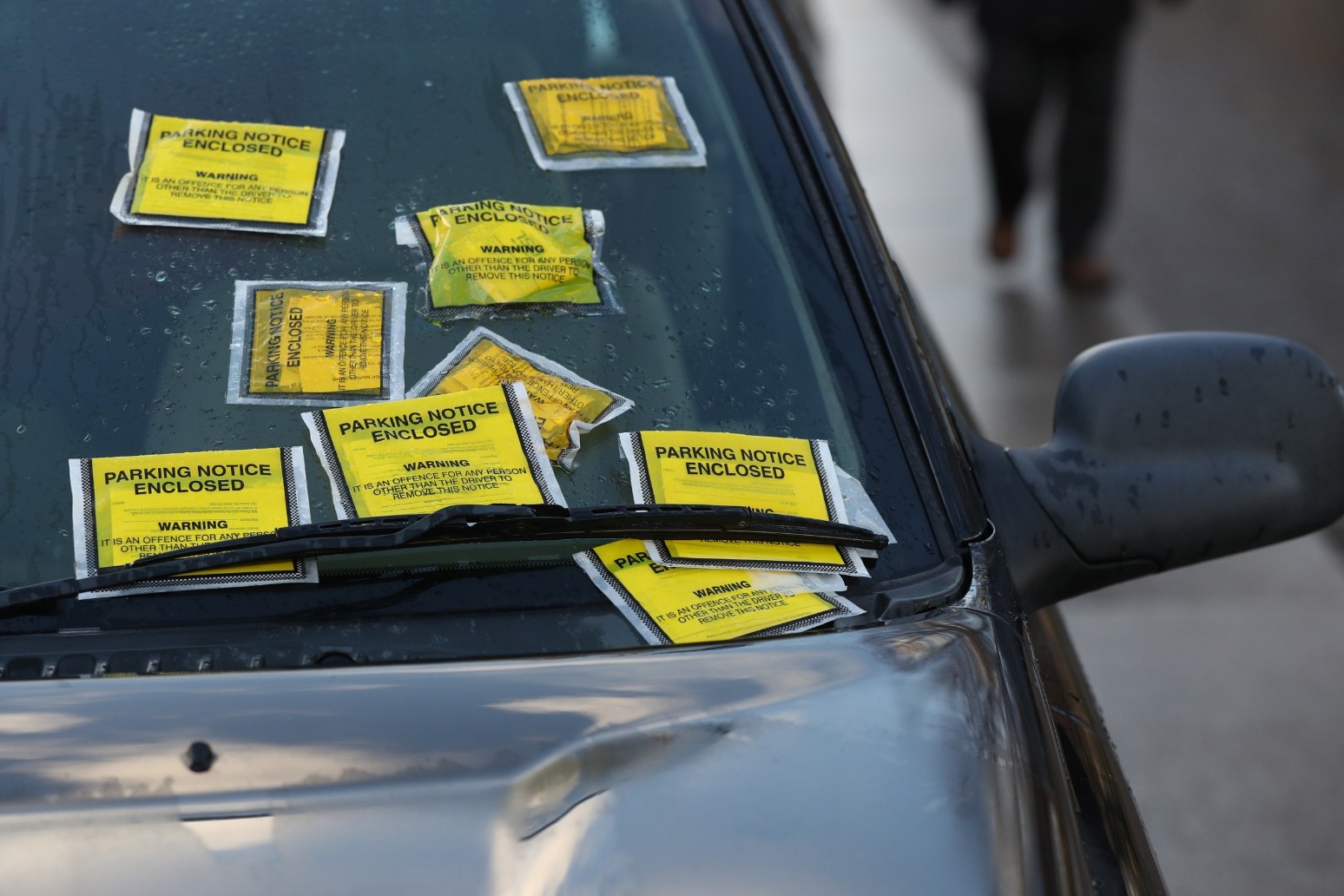 Figures obtained by Churchill Motor Insurance suggest fines were handed out by local authorities at a daily rate of 19,631 in 2022.

That is a 12% rise from the previous year.

The analysis is based on data provided by the 230 UK councils that responded to Freedom of Information requests.

Penalty Charge Notices (PCNs), also known as parking fines, are issued when motorists break parking regulations, such as by parking on double yellow lines or on a single yellow line at a prohibited time.

The penalty is usually halved if a driver pays within 14 days.

Islington Council in north London issued more fines than any other local authority, with a daily average of 1,012.

Nicholas Mantel, head of Churchill Motor Insurance, said: “Motorists across Britain are regularly being caught out by increased and sometimes complicated parking restrictions.

“We would encourage drivers to always check parking signs carefully to ensure they avoid any expensive fines.

“If motorists do receive a parking fine, they have 28 days to pay it or appeal to an independent tribunal.”

Recent analysis by the PA news agency found that the number of parking tickets issued by private companies in Britain reached an average of nearly 30,000 per day between April and June last year, up 50% from the same period in 2021.

Steve Gooding, director of the RAC Foundation, said: “Whichever way they turn and wherever they decide to stop, on-street and off-street, drivers are faced with the threat of parking sanctions.

“Between the 20,000 tickets issued by councils daily and the 30,000 dished out by private parking companies, motorists are seemingly facing a positive flurry of fines and charges – around one every two seconds.

“Parking rules are there for a reason and should be respected but at a time when household budgets are under such pressure these numbers beg the obvious question of whether millions of drivers are really risking a big bill for poor parking, or whether over-enthusiastic parking enforcement is putting other objectives, like revitalising our post-pandemic high streets, at risk.”