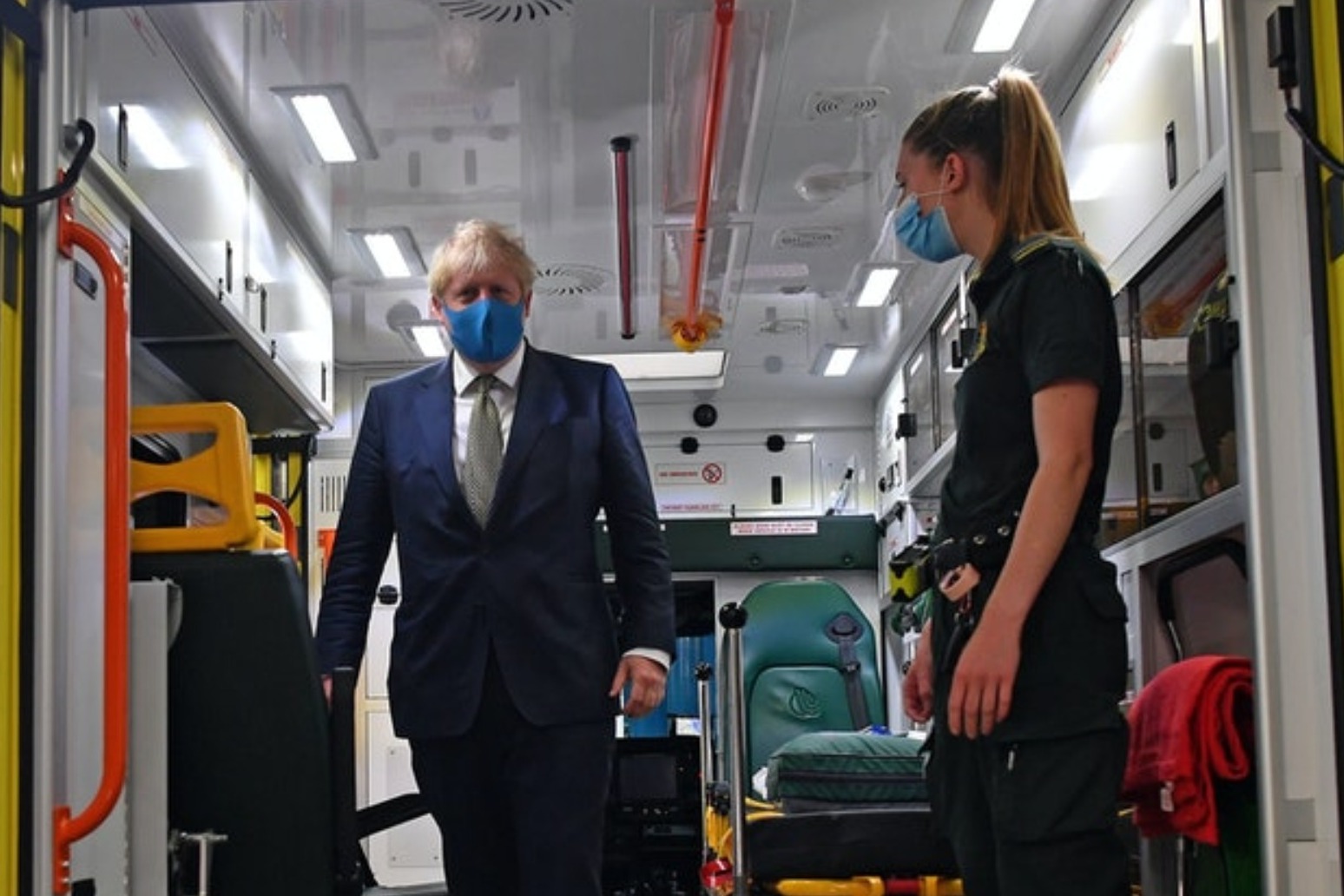 The NHS will get an extra £3 billion in funding to prepare for a possible second wave of the coronavirus pandemic, Boris Johnson is set to announce.

In the wake of a dire warning of the consequences of Covid-19 rebounding, Downing Street said the funding will allow extra hospital capacity while allowing routine treatments and procedures to continue.

The Prime Minister will also use a Downing Street press conference on Friday to commit to a new target of reaching the capacity for 500,000 coronavirus tests a day by November.

The funding for the NHS in England will allow private hospital capacity to be used and for Nightingale hospitals to be maintained until the end of March.

It comes after a report commissioned by the Government’s chief scientific adviser, Sir Patrick Vallance, warned there could be 120,000 hospital deaths in a “reasonable worst-case scenario”.

Winter always places a great strain on the health service, but there are concerns a resurgence of the virus during the annual flu season could be crippling.

A Downing Street spokesman said: “Thanks to the hard work and sacrifices of the British people, the virus is under control and we have eased restrictions in a cautious, phased way.

“But the Prime Minister is clear that now is not the time for complacency, and we must make sure our NHS is battle ready for winter.

“Tomorrow, he will set out a broad package of measures to protect against both a possible second wave, and to ease winter pressures and keep the public safe.”

The spokesman said the immediate funding for England was new and not previously allocated, while expenditure will be set out for the devolved nations in due course.

Mr Johnson is also expected to publish an additional chapter to the Government’s “road map” for recovery from the crisis.

NHS Providers, which represents NHS organisations, welcomed the financial support to prepare with the “triple whammy of pressures” from winter, a possible second surge and trying to recover from the strain of the pandemic so far.

But deputy chief executive Saffron Cordery called for “urgent clarity” over what the funding will cover, saying funding is already in place for the Nightingale hospitals and private beds.

“Trusts need more than that. They have got to recover the lost ground of the last four or five months and put measures in place to manage the additional activity that always happens in winter,” she added.

“Sadly what we do know won’t be included is social care.

“Social care across the country is in a critical condition and the Government has still failed to commit to providing the sector with the funding it needs to be fully sustainable.”

The British Medical Association also called for details on how the money will be used.

Council chairman Dr Chaand Nagpaul said: “The Government talks of winter planning, but we need transparency on this, including how far this money can stretch in tackling a modelled worst-case forecast – including a second peak, additional non-Covid demand and a possible flu outbreak.

“Crucially, the Government must make prevention a priority and take every necessary step to try and avoid a national second spike all together.”

Earlier this week Mr Johnson was warned in the report by the Academy of Medical Sciences that action must be taken now to mitigate the potential for a second peak, including scaling up the Test and Trace system.

The research said capacity for 350,000 tests per day will be needed to test individuals as they show symptoms of either Covid-19 or flu.

The latest Government figures say capacity stood at nearly 338,000, but Mr Johnson will commit to increase this to half a million by the end of October to bolster Test and Trace.

Health Secretary Matt Hancock has already announced plans for the “biggest flu vaccination programme in history”, with eligibility for free injections likely to be extended.

Non-urgent operations were suspended to free up hospital beds as the UK was plunged into a lockdown during the first wave.

But Downing Street says the new plans to be announced by the PM will allow them to go ahead where possible as ministers target efforts on local lockdowns.

Mr Hancock announced a partial easing of the prolonged lockdown measures in Leicester, but said Covid-19 rates in the city remained too high to allow pubs and restaurants to reopen.

But Leicester mayor Sir Peter Soulsby accused the Government of penalising businesses and residents in a city that predominantly votes Labour.

It is not yet clear what the PM’s update to the “road map” will be, but he is eager to get employees back to their workplaces if they are safe.

The official Government advice is still “work from home if you can”, but Mr Johnson has said people should be talking to their bosses about “looking to come back to work in a safe way”.

But Sir Patrick, his top scientific adviser, showed some resistance to the change on Thursday, saying working from home remained a “perfectly good option” and there was “absolutely no reason” to change the advice.