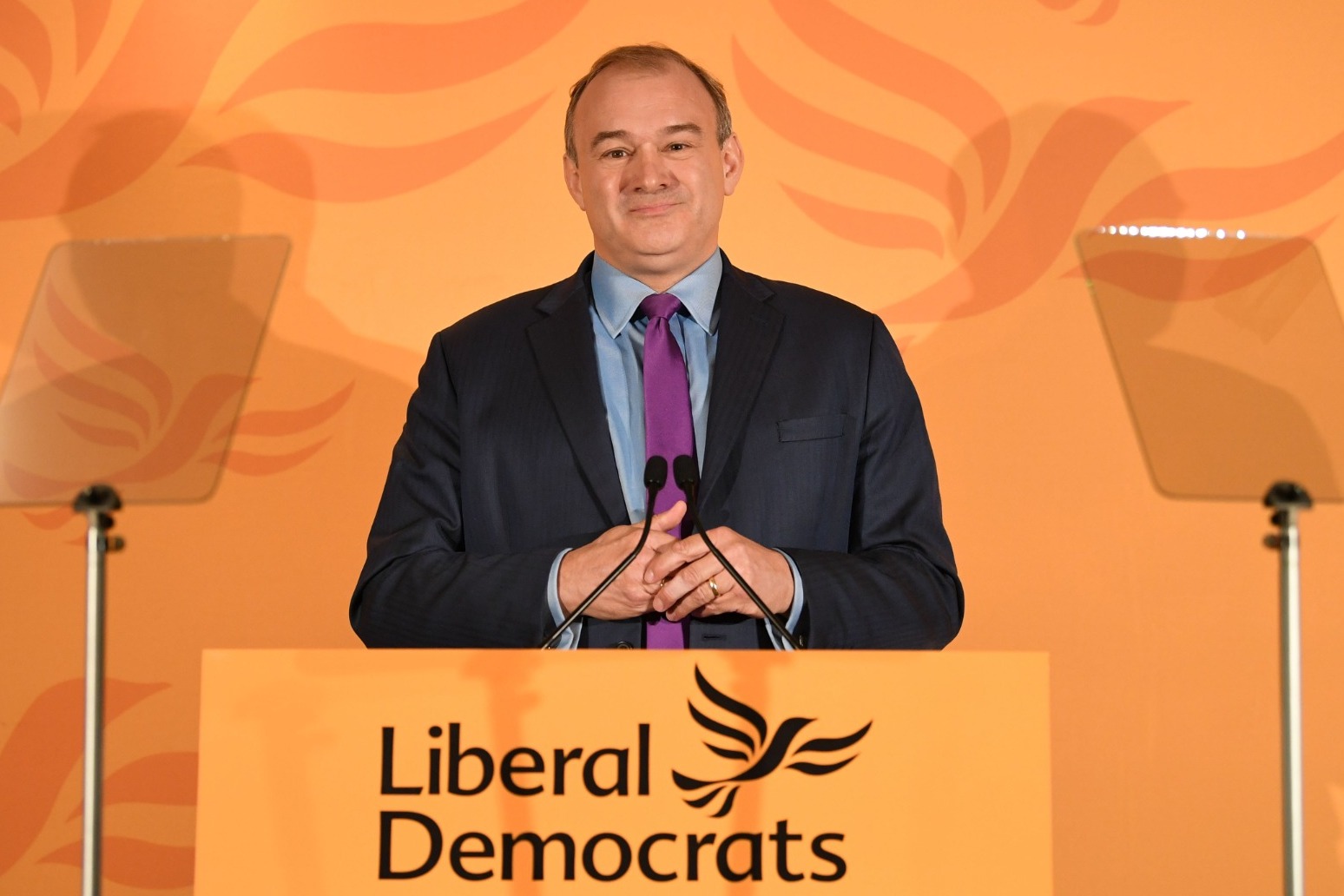 The Liberal Democrats have “lost touch” with voters, Sir Ed Davey admitted as he set himself the goal of turning the party around as its new leader.

The former Cabinet minister said the Lib Dems have to “wake up and smell the coffee” after a series of disappointing general election results.

The Kingston and Surbiton MP, who has been acting leader since Jo Swinson lost her seat in the 2019 general election, defeated Layla Moran to win the leadership by 42,756 votes to 24,564.

But in a sign that the contest had failed to grip even the Lib Dem membership, turnout was just 57.6%.

The new leader promised to travel across the country to hear voters’ concerns and “face up to uncomfortable truths”.

“And none of it is going to be quick or simple to achieve.”

At an event in London to announce the leadership result, Sir Ed said: “We have to wake up and smell the coffee. Nationally our party has lost touch with too many voters.

“Yes, we are powerful advocates locally. Our campaigners listen to local people, work hard for communities and deliver results.

“But at the national level, we have to face the facts of three disappointing general election results.

“The truth is: voters don’t believe the Liberal Democrats want to help ordinary people get on in life.

Since the coalition government, which saw Nick Clegg join forces with David Cameron’s Conservatives in 2010, the party has slumped in Westminster elections.

There has been a revolving door at the party leader’s office – Mr Clegg quit in 2015, his replacement Tim Farron lasted until 2017, Sir Vince Cable took over but was gone by July 2019, and Ms Swinson only lasted until she lost her seat in the December 2019 election.

The position of Labour under Sir Keir Starmer and the fact that Brexit has now happened also present difficulties for a party which had defined itself as a centre-ground, unashamedly pro-European Union force.

Sir Ed said: “Voters have been sending us a message but we have not been listening. It is time for us to start listening.

“As leader I am telling you: I have got that message. I am listening now.”

Ms Moran, who lost by more than 18,000 votes, congratulated the new leader and said: “I look forward to working with him to campaign for a better future for Britain.”