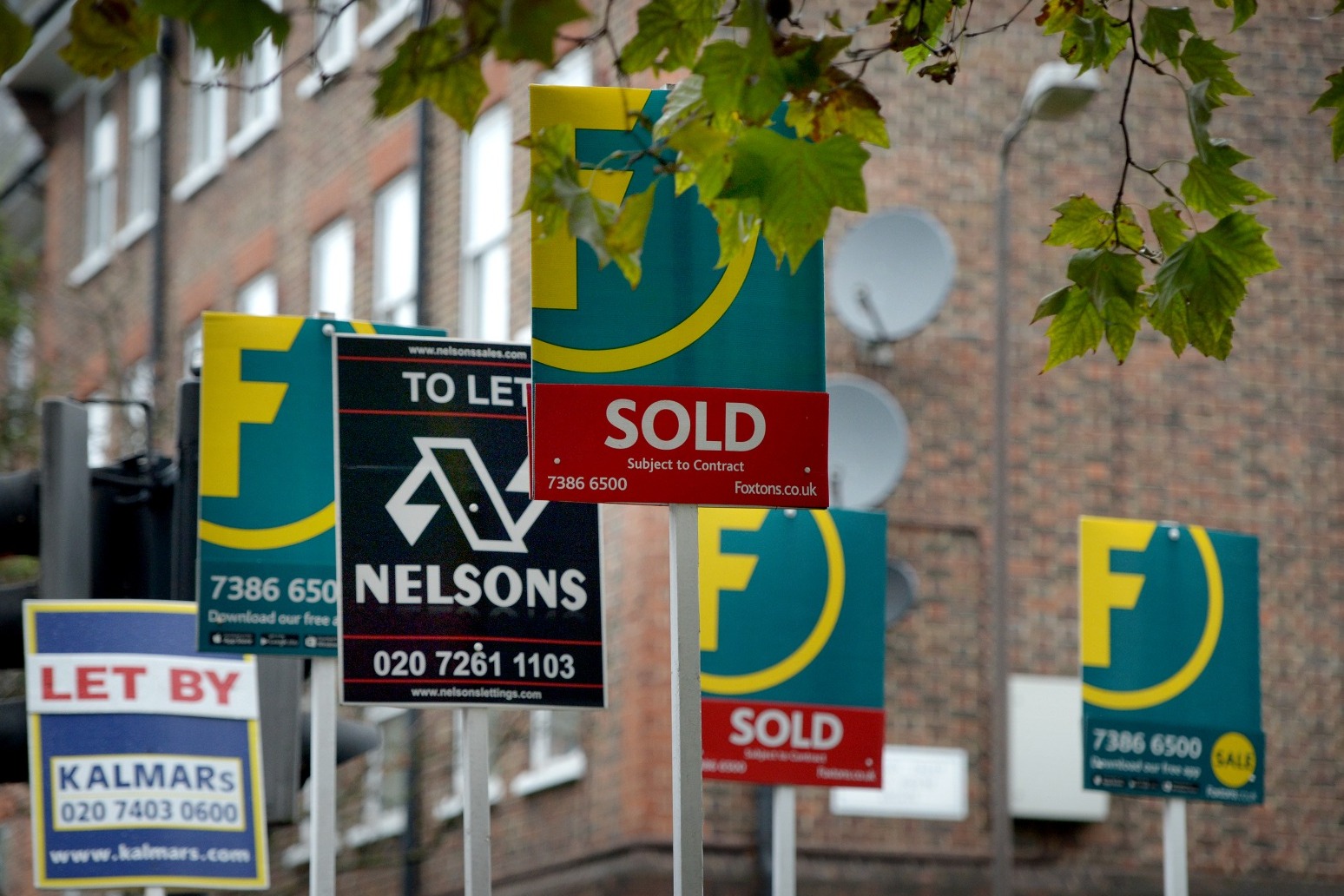 First-time buyer mortgage payments are close to levels seen around the run-up to the financial crisis, in terms of the proportion of take-home pay being swallowed up by the home loan, according to a building society.

Nationwide Building Society said that, based on first-time buyers having a 20% deposit, mortgage payments take up around 39% of their take-home pay typically, compared with a long-run average of 29% seen over the past 40 years.

A previous peak was seen towards the end of 2007, when the proportion was 46%, according to the society’s analysis.

Andrew Harvey, a senior economist at Nationwide, said the trend of rising mortgage rates started towards the end of 2021.

Market interest rates that underpin mortgage pricing rose steadily, he said, reflecting expectations that the Bank of England would have to raise rates significantly in the years ahead to help bring surging inflation back to its target rate of 2%.

He continued: “But mortgage rates surged after the mini-budget in late September, reaching their highest levels since 2010, over four times higher than the lows prevailing in 2021.

“While wider financial market conditions had stabilised by the end of 2022, with market interest rates falling back towards the levels prevailing before the mini-budget, mortgage rates are taking longer to normalise.”

Mr Harvey said the proportion of first-time buyer pay going towards mortgage payments “is now well above the long run average, at 39% of take-home (net) pay, and close to the levels seen in the run-up to the financial crisis”.

Raising a deposit is also a major hurdle for first-time buyers, he added.

He said: “Between the start of the pandemic and the end of 2022, house prices increased by 19%, while incomes rose by a much more modest 9%.”

Mr Harvey continued: “A 20% deposit on a typical first-time buyer home is now equivalent to 112% of the pre-tax income of a typical full-time employee, a similar level to a year ago, and only modestly below the all-time high of 117% recorded earlier in 2022.”

He added that while UK households generally were able to save some money during the coronavirus lockdowns, much of this was accrued by older, wealthier households.

Looking ahead, there is some scope for mortgage affordability to improve, he said.

Mr Harvey said longer-term interest rates underpinning mortgage pricing have fallen back towards the levels prevailing before the mini-budget.

He continued: “If sustained, this should feed through to mortgage rates and improve the affordability position for potential buyers, albeit modestly, as will solid rates of income growth, especially if combined with weak or negative house price growth.

“Nevertheless, the overall affordability situation looks set to remain challenging in the near-term. Saving for a deposit will still be a struggle for many.

“The cost of living is set to outpace earnings growth by a significant margin again this year, while labour market conditions are widely expected to weaken.”

He said rising rents will also cause issues for those currently renting who are looking to buy a home.

Tom Bill, head of UK residential research at estate agent Knight Frank, said: “After 13 years of ultra-low borrowing costs, monthly outgoings will rise by hundreds of pounds at a time when cost-of-living pressures are already biting.

“However, rates are falling as the shock of the mini-budget works its way through the system, though any decline will not take us back in time much beyond last September. The message in 2023 is stay close to your mortgage broker.

“The pandemic changed the affordability map of the UK to some extent as prices rose outside London more quickly but the rebalancing between the capital and the rest of the country still has some way to run.”