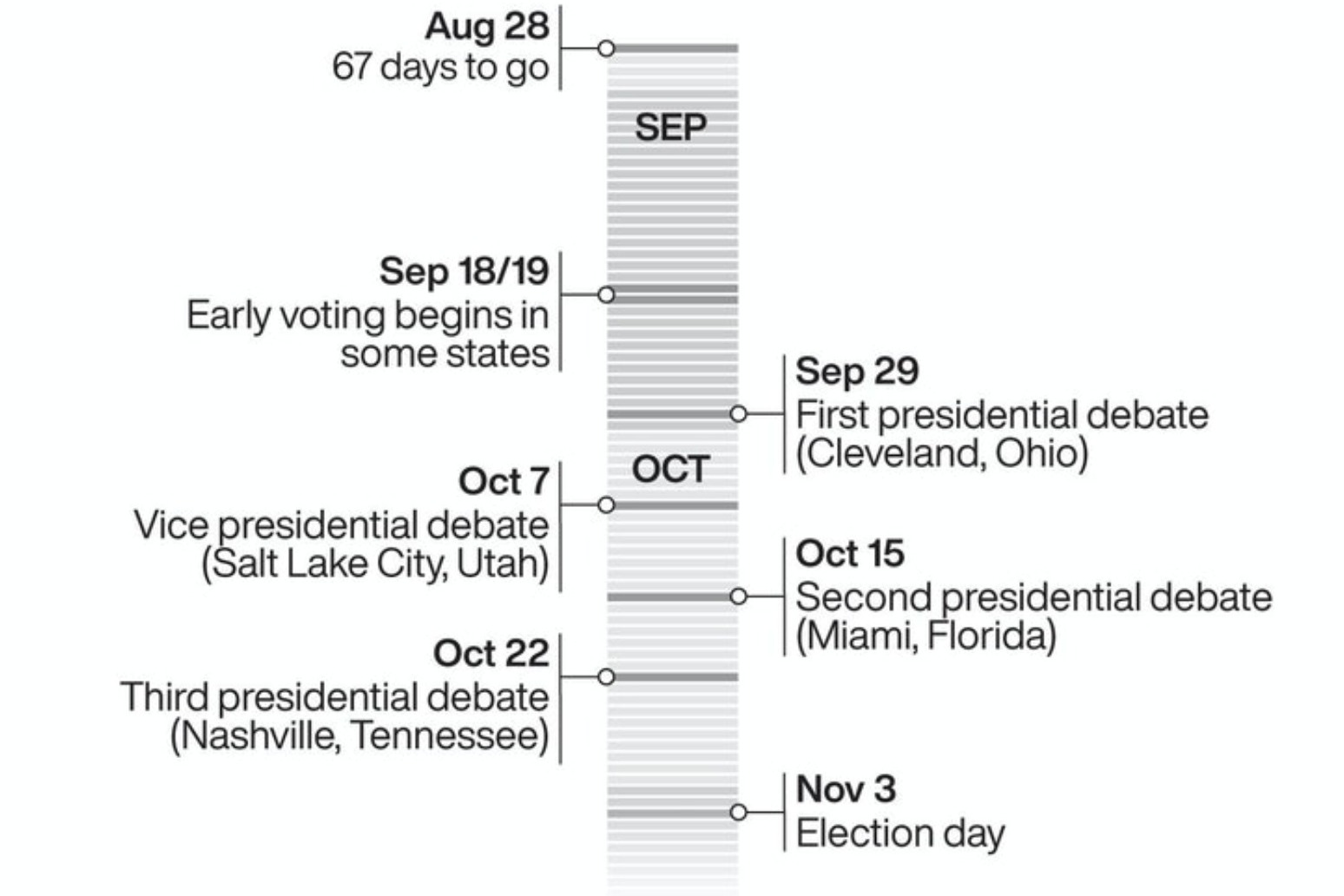 Donald Trump has warned Americans about the “damage” of Joe Biden while formally accepting his party’s nomination to take on the Democrat in November.

The 74-year-old, speaking at the Republican National Convention, broke with tradition by using the White House’s executive mansion as a political backdrop and defying pandemic guidelines to address a tightly packed, largely maskless crowd.

“We have spent the last four years reversing the damage Joe Biden inflicted over the last 47 years,” Mr Trump said.

“At no time before have voters faced a clearer choice between two parties, two visions, two philosophies or two agendas.”

Mr Trump previously complained that the Democrats’ message was too dark and pessimistic when they held their own scaled-back convention last week.

He was introduced by his daughter Ivanka, an influential White House adviser, who portrayed the famously bombastic president as someone who empathises with those who have suffered through the pandemic.

She said: “I’ve been with my father and seen the pain in his eyes when he receives updates on the lives that have been stolen by this plague.”

As his speech brought the scaled-back convention to a close, Mr Trump risked inflaming a divided nation reeling from the pandemic, a major hurricane that slammed into the Gulf Coast and nights of racial unrest and violence after Jacob Blake, a Black man, was shot by a white Wisconsin police officer.