Duke of Cambridge hails trailblazing England Women ahead of Euros 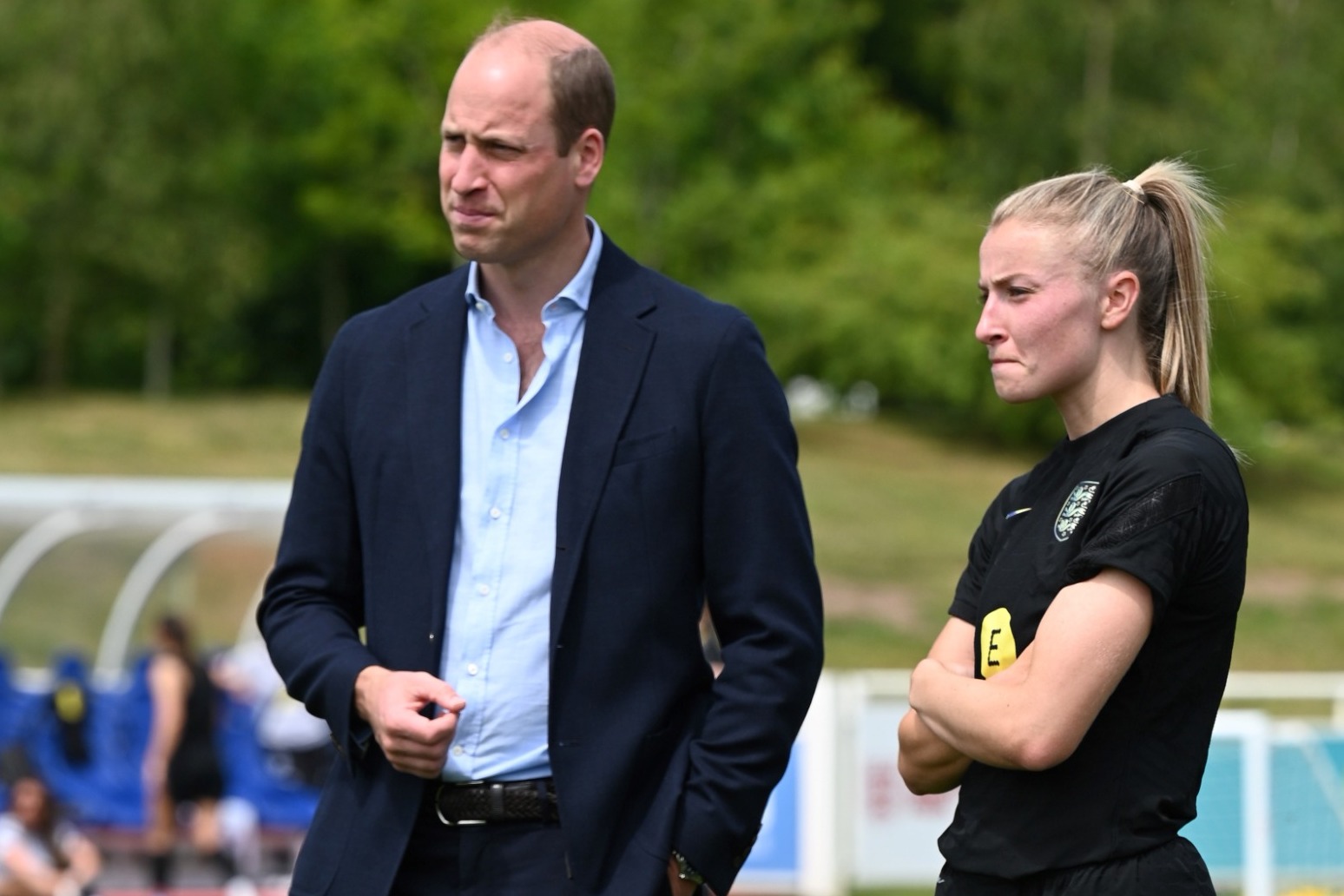 The Duke of Cambridge hailed England Women as “trailblazers” as he wished them luck for this summer’s home Euros during a visit to St George’s Park.

Having dropped in on a Lionesses training session at the Burton-upon-Trent base on Wednesday afternoon, Prince William observed some drills – and briefly took part in shooting practice – before speaking to the players as a group.

And he said: “It’s a big tournament coming up for you, it’s exciting and everyone’s looking forward to it. You are all trailblazers for women’s sport and women’s football.

“The best of luck. You’re going to have big crowds, good TV (coverage) – it’s going to be an awesome summer, it really is.

“I will be keeping an eye on what you’re doing and be watching the games with the children, and I’ll try to come along where I can to give my support.

“We’re all so proud of you, and you should be really proud of yourselves, where you’ve got yourselves. This is the pinnacle coming right up, the next few weeks for you, and I know you’ll do us all proud.”

During the address, skipper Leah Williamson presented the Duke with three England shirts bearing the names of each of his children, George, Charlotte and Louis.

And as he thanked the players, he said: “Charlotte wanted me to tell you that she’s really good in goal! She said please tell them that. Budding star for the future!”

Williamson, who also spent time talking one-on-one with the Duke, said afterwards: “It (the visit) means a lot to us.

“We’re all very proud to represent England, and therefore representing the Prince and his family. It’s very important to us that we do everybody proud.

“(He) just (has a) a genuine interest in us and our well-being, and how we cope with everything.

“How somebody so important can make you feel so comfortable and has a genuine interest in how you are, it says a lot about him I think.”

The Duke, who is president of the FA, was subsequently shown around some of the other facilities being used by the players, and spoke to recreational officers based in the Euro 2022 host cities about legacy plans.

Campbell said the visit was “a great boost before we head into the tournament”.

She said: “It’s great for the players, great for us. He was very engaged and really wanted to understand much more about the women’s game.

“I think he’s really aware of how much the women’s game is growing and developing, and it’s terrific for all of us to have him here.”

The visit came on the squad’s final day as a provisional 28-player group, ahead of the announcement of the final 23 for the Euros later in the afternoon.