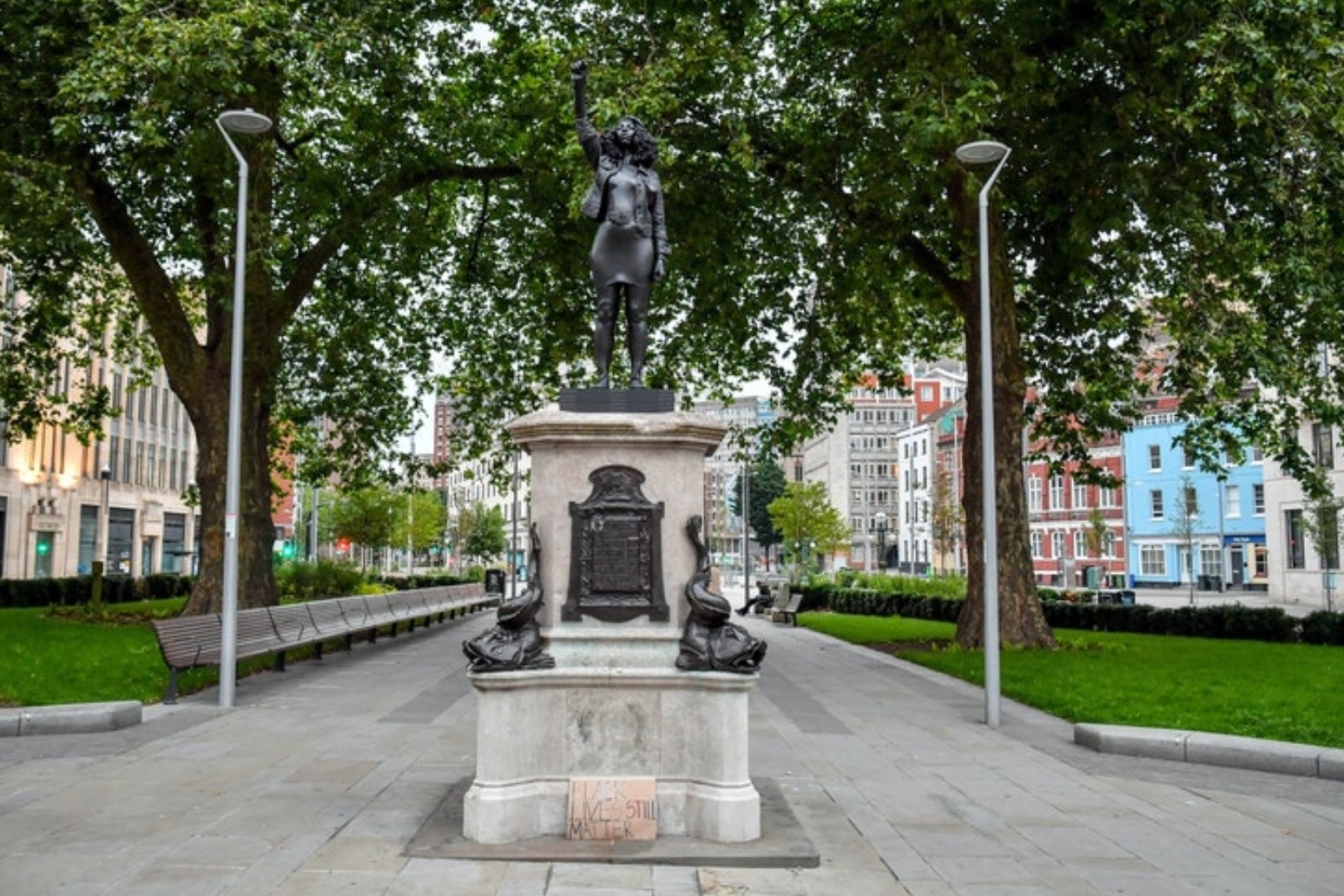 A sculpture of a black woman who took part in a Black Lives Matter protest in Bristol has been erected on the plinth where a statue of slave trader Edward Colston used to stand.

Artist Marc Quinn created the black and resin steel piece of protester Jen Reid, who was photographed standing on the empty plinth after the Colston statue was toppled during the march.

The sculpture, entitled A Surge of Power (Jen Reid), was erected shortly before 5am on Tuesday by Quinn’s team without the prior knowledge of Bristol City Council.

Mayor Marvin Rees previously said any decision on how the plinth should be used would be decided democratically through consultation.

After the sculpture was installed, Mrs Reid stood in front of it with her fist in the air.

“This is going to continue the conversation. I can’t see it coming down in a hurry.”

On June 7, protesters used ropes to pull the Colston statue, which was erected in 1895, from its plinth in Bristol city centre.

It was dragged to the harbourside, where it was thrown into the water at Pero’s Bridge – named in honour of enslaved man Pero Jones who lived and died in the city.

Bristol City Council retrieved the statue, which will be displayed in a museum along with placards from the Black Lives Matter protest, from the water on June 11.

Quinn’s previous works include self-portrait Self and a sculpture entitled Alison Lapper Pregnant, for the fourth plinth in Trafalgar Square.

“Jen created the sculpture when she stood on the plinth and raised her arm in the air. Now we’re crystallising it,” he told the Guardian.

He said his team had carried out surveys, as well as health and safety checks and installed the sculpture in a way that made it “extremely difficult to move”.