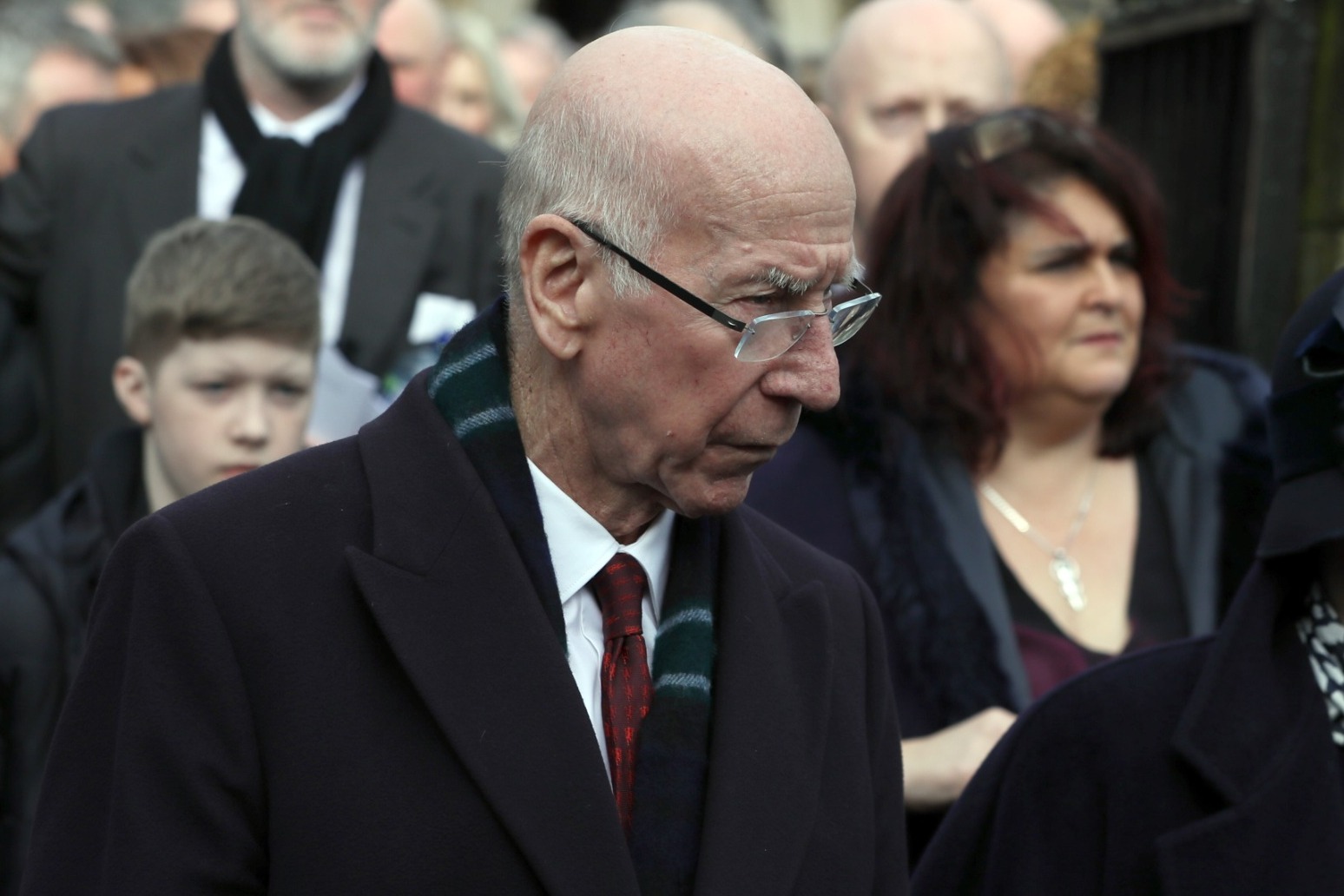 Sir Bobby Charlton has been diagnosed with dementia.

The Telegraph said that the 83-year-old’s wife, Lady Norma, was happy for the Manchester United and England great’s condition to be reported.

The newspaper said Lady Norma had given the breaking of the news her “blessing”, with the announcement coming two days after his club and country team-mate Nobby Stiles died after his own battle with the illness.

In July, Sir Bobby’s brother Jack also died, himself having previously being diagnosed with dementia.

Sir Bobby is regarded as one of England’s best ever, if not the best, footballers.

A 1966 World Cup winner, he held England’s goalscoring record of 49 for close to 50 years until it was broken by Wayne Rooney. The same man would take his Manchester United record when he passed the 249 goals he scored for his beloved Red Devils.

“Yet another hero of our 1966 World Cup winning team has been diagnosed with dementia. Perhaps the greatest of them all, @SirBobby. This is both very sad and deeply concerning, ” said Gary Lineker, himself a scorer of 48 England goals, on Twitter.

Sir Bobby’s 249 Manchester United goals came across 758 games for the club, with his England goals coming in 106 appearance and nearly all were from midfield.

A survivor of the Munich Air Disaster in 1958, he helped the rebuilding of the club in the wake of the tragedy and scored two goals as they beat Benfica to win the European Cup in 1968.

A statement from the club read: “Everyone at Manchester United is saddened that this terrible disease has afflicted Sir Bobby Charlton and we continue to offer our love and support to Sir Bobby and his family.” The Football Association also tweeted its best wishes.

A study, led by consultant neuropathologist Dr Willie Stewart of Glasgow University and published in 2019, revealed that former footballers are approximately three and a half times more likely to die from neurodegenerative disease than the general population.

The report, commissioned by the Football Association and the Professional Footballers’ Association, assessed the medical records of 7,676 men who played professional football between 1900 and 1976. Their records were matched against more than 23,000 individuals from the general population.

The study’s findings came 17 years after former England and West Brom striker Jeff Astle died at the age of 59 with what a coroner described as an “industrial injury”.

Astle’s daughter Dawn responded to the study’s findings by saying “these players who have suffered dementia must not be a statistic – they must never be forgotten”.