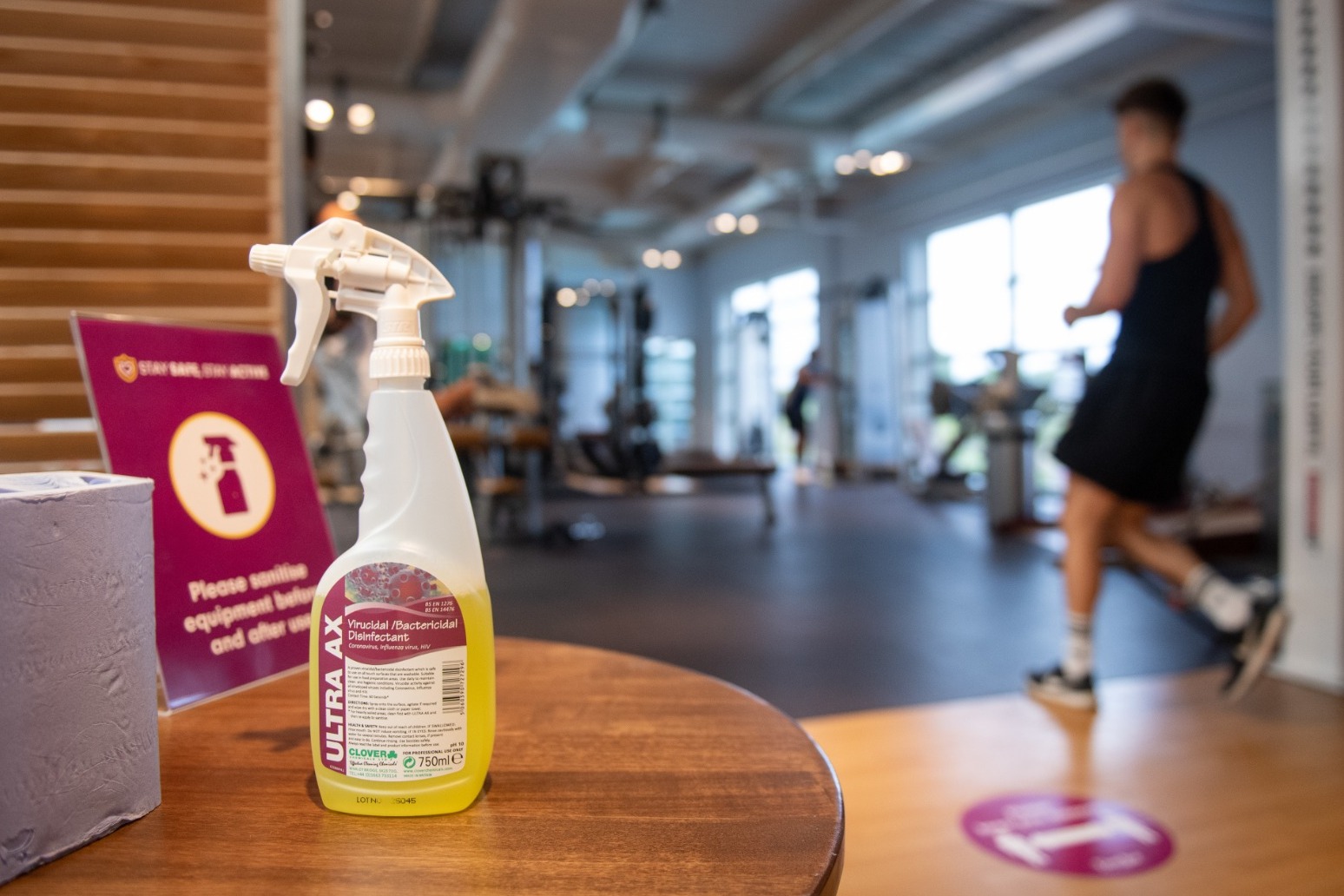 People who are overweight or obese are being urged to shed the pounds after a new Public Health England (PHE) review found a dramatic rise in the risk of hospitalisation and death from Covid-19.

The public has been snacking more in lockdown and, despite increases in sales of bikes and exercise equipment, overall activity levels appear to have dropped compared to before the pandemic, it said.

The PHE report comes as the Government prepares to reveal its own obesity strategy “very soon”, with junk food adverts expected to be banned on television before the 9pm watershed and outlawed entirely online.

Promotions on snacks will be curbed in an attempt to tackle the nation’s waistlines and, according to a Daily Mail report, restaurant and takeaway chains will have to publish the number of calories in the meals they serve – while shops will have to do the same with any alcohol they sell.

The report has been revealed as gyms and indoor pools are reopening around the country in the latest easing of lockdown measures to allow people to focus on their fitness.

Boris Johnson’s plans come only a year after he vowed to review “sin taxes”, such as proposals to extend the sugar tax to milkshakes.

The Prime Minister also confirmed his own brush with Covid-19, which led to him being admitted to intensive care in April, convinced him of the need to tackle obesity in Britain.

The study concluded that people who are overweight, with a body mass index (BMI) of 25 to 29.9, have a higher risk of hospitalisation and poor outcomes if they catch coronavirus.

Experts also discovered that having a BMI of 35 to 40 increases the risk of death from coronavirus by 40%, while a BMI over 40 almost doubles the risk compared to people who are a healthy weight.

Speaking on Friday, the Prime Minister said he had lost more than a stone since his health scare, and reiterated that being obese is a risk factor when it comes to coronavirus.

The Conservative Party leader also admitted, in a marked change of tone, that the Government could have handled the early stages of the outbreak “differently”.

Dr Alison Tedstone, chief nutritionist at PHE, said: “The current evidence is clear that being overweight or obese puts you at greater risk of serious illness or death from Covid-19, as well as from many other life-threatening diseases.

“It can be hard to lose weight and even harder to sustain it, which is why people cannot easily do it on their own.

“Losing weight can bring huge benefits for health – and may also help protect against the health risks of Covid-19.

“The case for action on obesity has never been stronger.”

The study pointed out that snack food and alcohol supermarket sales have risen, possibly reflecting the fact shops, pubs and cafes were closed during lockdown and people turned to snacking and drinking at home.

During the first six months of this year, alcohol sales were up 30% on the same period last year, while confectionery sales were up 20% and foods for sweet home cooking rose 22%, the PHE report said.

Meanwhile, a survey of more than 2,000 people for the Food Standards Agency in May found that people were cooking more from scratch – but were also snacking on cakes, biscuits, confectionery and savoury snacks more often.

It comes as gyms and leisure centres will be allowed to reopen in England on Saturday for the first time in four months – but at least a third of public facilities are expected to remain shut due to financial hardship.

Earlier this month, Culture Secretary Oliver Dowden announced that gyms and leisure centres will be able to reopen from July 25, with strict hygiene and social-distancing measures.

But Community Leisure UK, the members’ association that specialises in representing charitable leisure and culture trusts across England, Scotland and Wales, estimated that 48% of all public leisure facilities face closure, meaning as many as 1,300 could disappear by the end of the year, along with more than 58,000 jobs.

The organisation said many will not be able to reopen this weekend due to the increased costs resulting from lost income during lockdown and due to operating at reduced capacity.

“The main reason is financial viability, because as with all of the high streets and services – zero income since the end of March.”