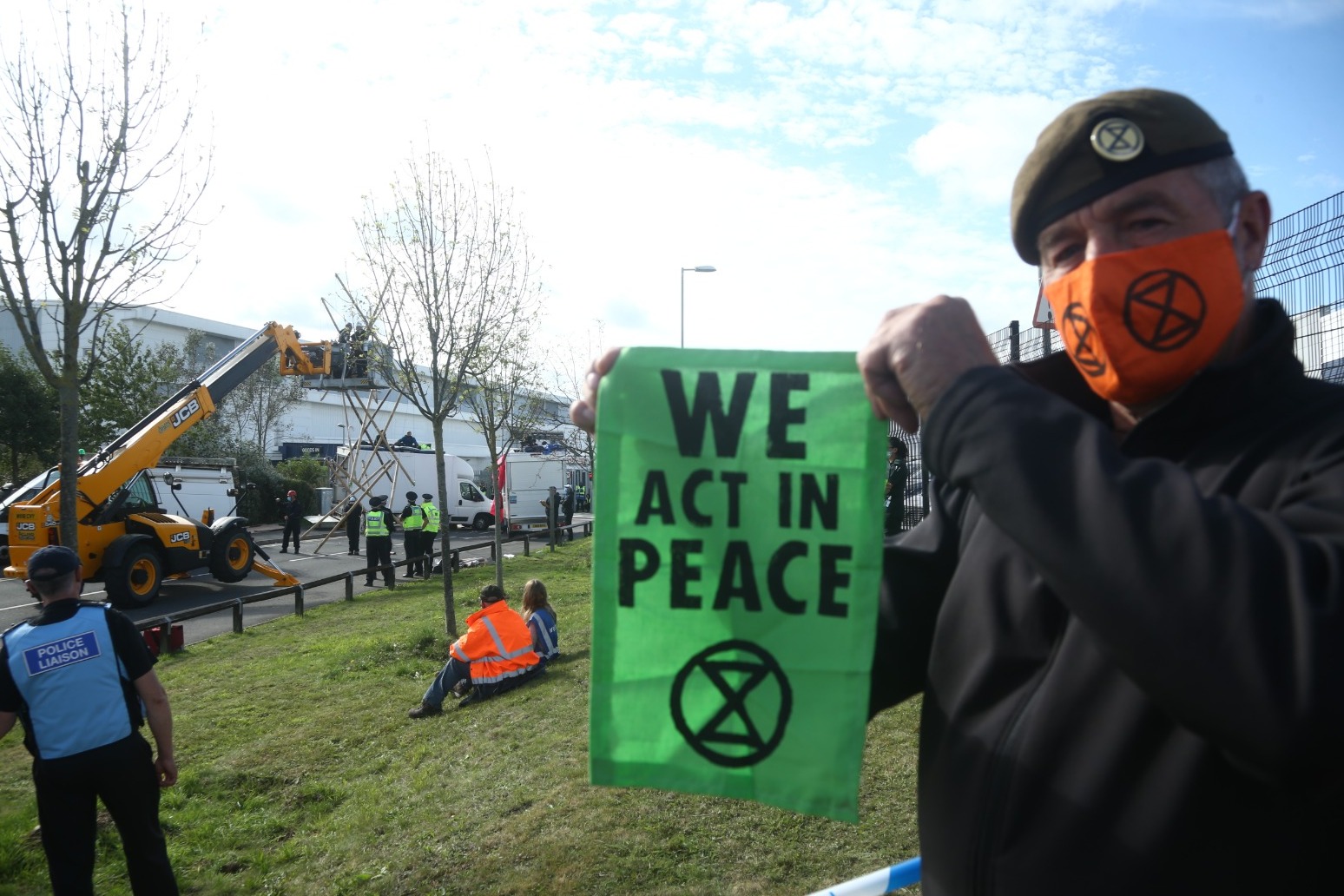 More than 100 Extinction Rebellion (XR) protesters used vehicles and bamboo lock-ons to block roads outside the Newsprinters printing works at Broxbourne, Hertfordshire, and Knowsley, near Liverpool on Friday night.

By Saturday morning, police said some 63 people had been arrested.

The Newsprinters presses publish the Rupert Murdoch-owned News Corp’s titles including The Sun, The Times, The Sun on Sunday and The Sunday Times, as well as The Daily Telegraph and Sunday Telegraph, the Daily Mail and Mail on Sunday, and the London Evening Standard.

Readers of The Sun and The Times were told on Twitter that the protest action could mean delayed deliveries of papers to newsagents on Saturday morning.

Reacting on Twitter, Home Secretary Priti Patel said: “This morning people across the country will be prevented from reading their newspaper because of the actions of Extinction Rebellion.

“This attack on our free press, society and democracy is completely unacceptable.”

Communities Secretary Robert Jenrick tweeted: “A good day to #buyanewspaper. A free press matters to all of us who value a free society. They mustn’t be silenced by an intolerant minority.”

Meanwhile, Labour’s shadow international trade secretary Emily Thornberry told Times Radio on Saturday morning: “This is very worrying and I don’t really know what it is that is expected to be achieved and I know that for many older listeners it’s very much part of their daily life, getting their paper delivered in the morning, and I just think it’s wrong.”

Speaking to the same radio station, Conservative MP Tobias Ellwood claimed XR had “lost sight … of how to campaign” on a “very important issue”.

“The Government has done much itself but obviously could do more and we need to work with the people to get that message across so we all can be more aware of the carbon footprint that we create,” Mr Ellwood added.

“But what they’re doing here is to alienate more people. I fear the organisation itself has been hijacked.”

Hertfordshire Police earlier said delivery lorries had not left the Broxbourne site as of 6am on Saturday.

Shortly before 10am, it said 42 people had been arrested, with more expected.

The force previously said officers were called to Great Eastern Road near the Broxbourne plant around 10pm, where they found around 100 protesters who had “secured themselves to structures and one another”.

Newsprinters condemned the protests as an “attack on all of the free press” which had affected workers going about their jobs, and others such as newsagents who face a “financial penalty”.

The company said it had transferred printing to other sites, but that delays would occur in some deliveries of The Sun, The Times, the Daily Mail, the Daily Telegraph and the Financial Times.

Under a banner reading “Free the truth”, XR tweeted that it was using the disruption to expose the newspapers’ “failure to report on the climate & ecological emergency, and their consistent manipulation of truth to suit their own agendas”.

“Coverage in many of the newspapers printed here is polluting national debate on climate change, immigration policy, the rights and treatment of minority groups, and on dozens of other issues,” the group said.

“The inconsiderate actions of a few people have prevented businesses from operating,” he said.

“Protesters ignored our requests to move location, so we have taken robust action to enable the roads to be reopened and to remove the protesters causing obstructions.”

Merseyside Police tweeted on Saturday morning that 21 people had been arrested at the Knowsley plant and officers were still in attendance.

Meanwhile, climate change protesters have been warned they risk a large fine if they fail to comply with coronavirus rules banning gatherings of more than 30 people.

The Met Police said risk assessments explaining how XR activists were minimising the possibility of Covid-19 transmission at a planned march in Westminster “did not meet the required standard”.

The force said XR’s latest round of demonstrations “pose a risk, not only to those involved, but to the wider public and communities of London”.

On Saturday, a procession of activists that set off from Brighton on foot a week ago is due to march the final stretch to Parliament.

They have been banned from taking a 20ft model boat named after teenage activist Greta Thunberg to the streets of Westminster.