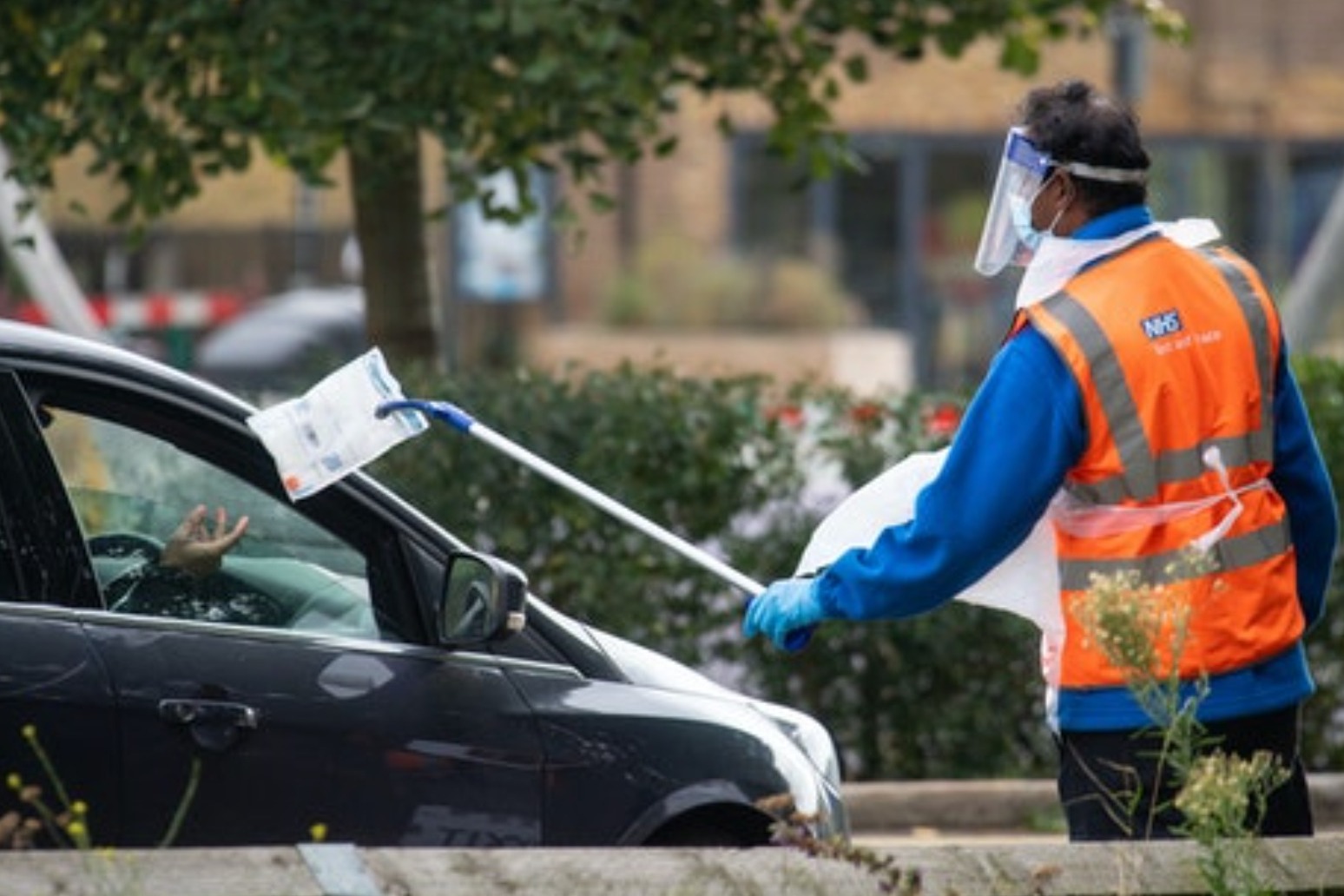 A technical glitch which meant almost 16,000 Covid-19 cases went unreported has led to a delay in efforts to trace contacts of people who tested positive for the virus.

Public Health England (PHE) said a technical issue resulted in 15,841 cases between September 25 and October 2 being left out of the reported daily coronavirus cases.

Senior officials said the outstanding cases were transferred to NHS Test and Trace “immediately” after the issue was resolved and thanked contact tracers for their “additional efforts” over the weekend to clear the backlog.

All cases were passed on to tracers by 1am on Saturday, meaning potential delays of more than a week in contacting thousands of people who were exposed to the virus and telling them to self-isolate.

PHE said every single person who was tested initially had received their test result as normal, with all those testing positive told to self-isolate.

The technical issue – caused by some data files reporting positive test results exceeding the maximum file size – also means that daily totals reported on the Government’s coronavirus dashboard over the last week have been lower than the true number.

For example, 4,786 cases which were due to be reported on October 2 were not included in the daily total on the dashboard that day, when the figure was given as 6,968.

The Government’s dashboard said that, as of 9am on Sunday, there had been a further 22,961 lab-confirmed cases of coronavirus in the UK, taking the total number of cases in the UK to 502,978.

A note on the dashboard said: “The cases by publish date for 3 and 4 October include 15,841 additional cases with specimen dates between 25 September and 2 October – they are therefore artificially high for England and the UK.”

PHE said NHS Test and Trace have made sure that there are more than enough contact tracers working, and are working with local health protection teams to ensure they also have sufficient resources to be urgently able to contact all cases.

The number of call attempts is being increased from 10 to 15 over 96 hours.

Shadow health secretary Jonathan Ashworth said: “This is shambolic and people across the country will be understandably alarmed.

“Matt Hancock should come to the House of Commons on Monday to explain what on earth has happened, what impact it has had on our ability to contain this virus and what he plans to do to fix test and trace.”

On Monday morning, Work and Pensions Secretary Therese Coffey was asked if she knew how many potential close contacts have not been traced.

She told BBC Breakfast: “I’m afraid I just don’t have that information”, but said PHE had resolved the issue quickly.

On Saturday, Professor Graham Medley, an attendee of the Scientific Advisory Group for Emergencies, tweeted: “Reporting delays play havoc with data streams and make them very difficult to analyse in real time.

“If the delays change or vary by group then they can distort a lot. Wonder what these will do to the R estimates next week”.

– Chancellor Rishi Sunak is set to give a speech to the virtual Conservative Party Conference on Monday morning.

– The Association of School and College Leaders said exams could be pared down next year as students continue to be affected by the pandemic.

Meanwhile, the head of the country’s vaccine taskforce, Kate Bingham, told the Financial Times that less than half of the UK population could be vaccinated against Covid-19.

The head of the immunisation programme told the newspaper: “People keep talking about ‘time to vaccinate the whole population’ but that is misguided.

“There is going to be no vaccination of people under 18.

“It’s an adult-only vaccine for people over 50, focusing on health workers and care home workers and the vulnerable.”

Elsewhere, Tim Spector, professor of genetic epidemiology at King’s College London, said the effects of long Covid could turn out to be a bigger public health problem than excess deaths.

A report from the Tony Blair Institute for Global Change is recommending that the Government highlight the issue in awareness campaigns.

In relation to future restrictions, the Guardian reported that a three-tier lockdown is planned for England which may include the closure of pubs and a ban on all social contact outside household groups.

A Government spokesman said: “We are seeing coronavirus cases rise at a rapid rate across the country and, given how serious this virus is, it is vital everyone plays their part by following the rule of six, washing their hands, practising social distancing and wearing a mask in enclosed spaces.

“As we have shown, we are prepared to take action decisively when it is necessary, and it is of course right to look how we make sure everyone understands and complies with the restrictions that will keep us all safe.”