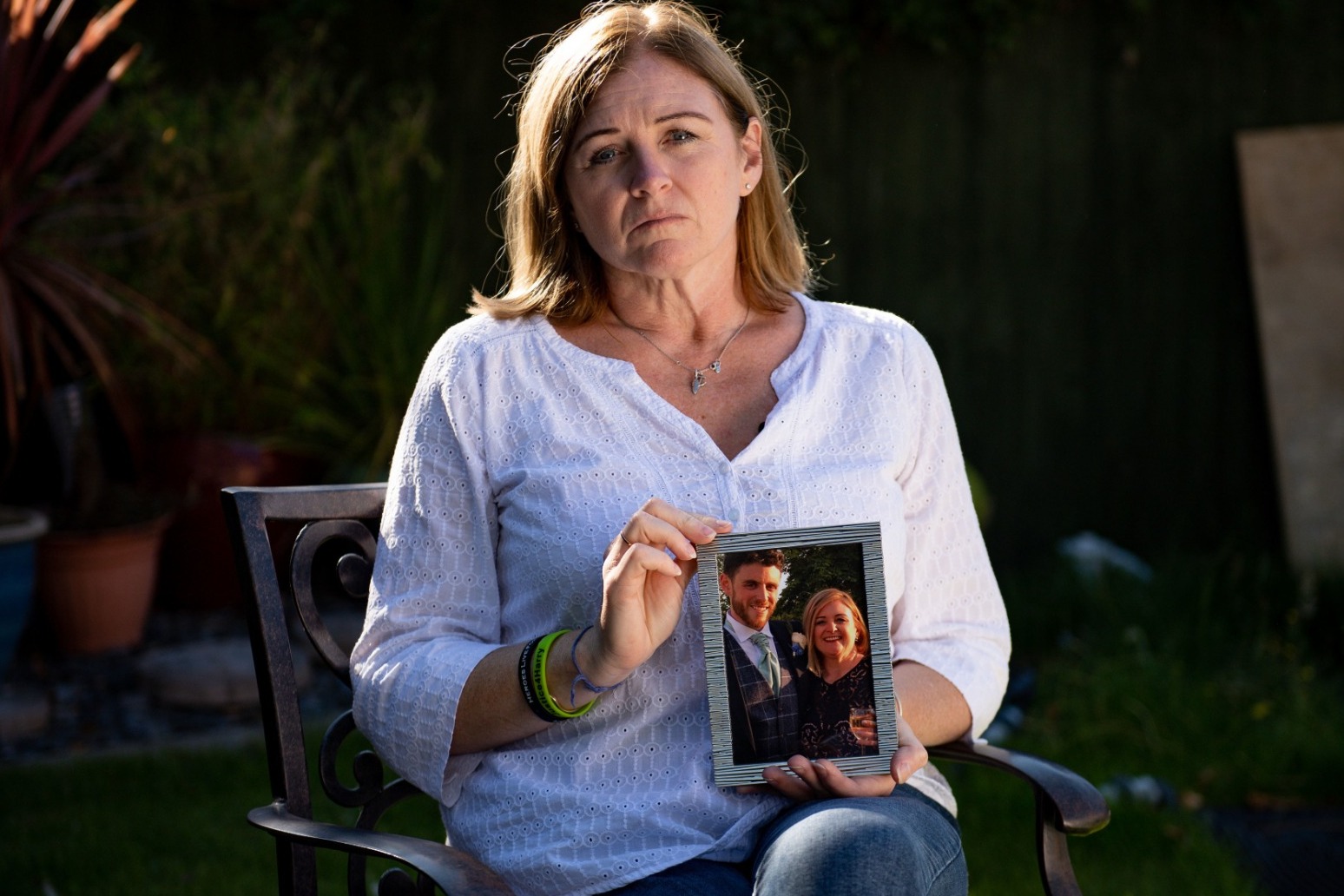 The mother and widow of PC Andrew Harper have launched campaigns for tougher punishments for those who kill police officers.

Debbie Adlam told the PA news agency that “something needs to change” after those responsible for her son’s death were handed 16-year and 13-year sentences at the Old Bailey on Friday.

She is calling for a minimum term of 20 years for anyone who takes an officer’s life, with no chance of parole during that time.

Pc Harper’s widow, Lissie Harper, has launched her own campaign, backed by the Police Federation of England and Wales, for full-life prison terms for those who kill emergency services workers.

The 28-year-old Thames Valley Police officer died as he tried to stop three thieves fleeing after they stole a quad bike in Stanford Dingley, Berkshire, on August 15 last year.

Henry Long, 19, and 18-year-olds Jessie Cole and Albert Bowers were sentenced for the newlywed’s manslaughter.

Pc Harper was caught in a crane strap dangling from the back of a Seat Toledo driven by Long, and dragged to his death.

Launching her campaign on Wednesday, Mrs Adlam told PA: “We’ve come to realise that, with the outcome of the trial as it stands, something needs to change.

“He is worth much more than this and we’ve been thinking for some time that something needs to be brought in to protect our police officers.

“There’s nobody looking out for them and we aim to change that.”

Mrs Adlam added: “We’re looking to bring in a minimum term – 20 years. No parole, no reductions.”

On Tuesday, the Attorney General’s Office confirmed that it has been asked to consider if the jail terms handed to Pc Harper’s killers are too lenient.

Long, of College Piece in Mortimer, was sentenced to 16 years, while Cole, from Paices Hill, Aldermaston, Reading, and Bowers, of Windmill Corner, Mortimer Common, Reading, were each handed 13-year terms.

Currently defendants under the age of 21 receive lower sentences, but Mrs Adlam believes this should end.

“As far as their age and the reductions go, my personal thoughts are there is no sense whatsoever in being 18 or 19 and getting time off your sentence.

“My gut turns when I think about that because you can change your gender, you can get a mortgage, you can serve in the Army, and the thing that really bugs me is you can be on a jury – yet you are not treated as an adult until you’re 21 in the judicial system.

Mrs Harper is also campaigning for tougher penalties in a move backed by the Police Federation, which represents more than 120,000 officers up to the rank of chief inspector.

She said: “As a widow of a police officer – a title which I would give everything to not have – I have witnessed first-hand the lenient and insufficient way in which the justice system deals with criminals who take the lives of our emergency workers.

“The people responsible for wreaking utter despair and grief in all of our lives will spend an inadequate amount of time behind bars.

“These men who showed no remorse, no guilt or sorrow for taking such an innocent and heroic life away will find themselves able to live out the rest of their lives free and able to commit more crimes and continue to put people in danger when they are released in a very small number of years.”

Mrs Harper is due to meet Prime Minister Boris Johnson and Home Secretary Priti Patel in the coming weeks.

Since 2015, the starting point for a judge sentencing an adult over the age of 21 who has been convicted of murdering a police or prison officer is a whole life sentence.

The judge then takes aggravating and mitigating factors into account before either passing a life sentence with a minimum jail term, or a whole life order.

A Ministry of Justice source said that the Justice Secretary will set out his proposals for sentencing reform later this year, adding: “No stone will be left unturned and we will look at everything from community orders up to sentences for serious violent crime.”