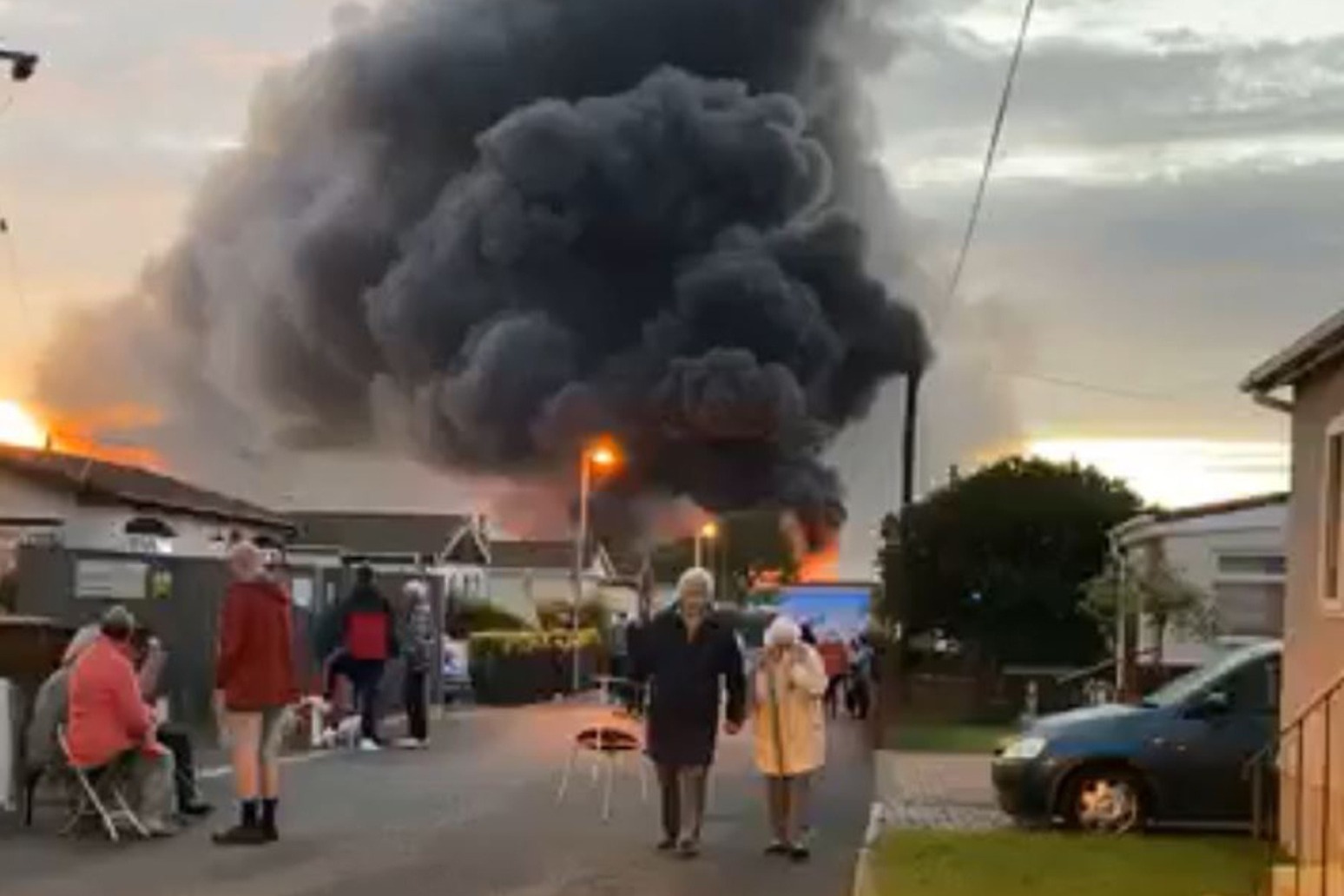 Teams of firefighters have been battling a huge blaze at an industrial building in Kent after reports of an explosion.

Flames and a plume of black smoke could be seen rising from the site in Hoo, near Rochester, on Friday.

Members of the public are being asked to avoid the area as firefighters continue to tackle the incident.

Video on social media shows huge flames from the blaze in Vicarage Lane lighting up the night sky, while people posting online have talked of an explosion.

The fire has continued to burn and at one point on Friday morning a billowing mushroom of fire was seen rising up into the sky.

Joe Discipline, an onlooker from Rochester in Kent, told the PA news agency: “Around 4/4.30am a huge explosion shook the house and windows. I jumped out of bed to see the sky was orange.

“There was then a second explosion just as big and that’s when I started to record.”

As the blaze burned a huge plume of thick black smoke issued hundreds of feet into the air, prompting the fire service to tell nearby members of the public to close windows and doors.

Gas cylinders were involved in the blaze.

No casualties have yet been reported, the fire service said.

Ten fire engines have been sent to the scene as firefighters continue to tackle the blaze.

“Ten fire engines and a height vehicle are in attendance, and crews are working to tackle the blaze.

“Firefighters are advising the public to avoid the area while the emergency services deal with the incident.”