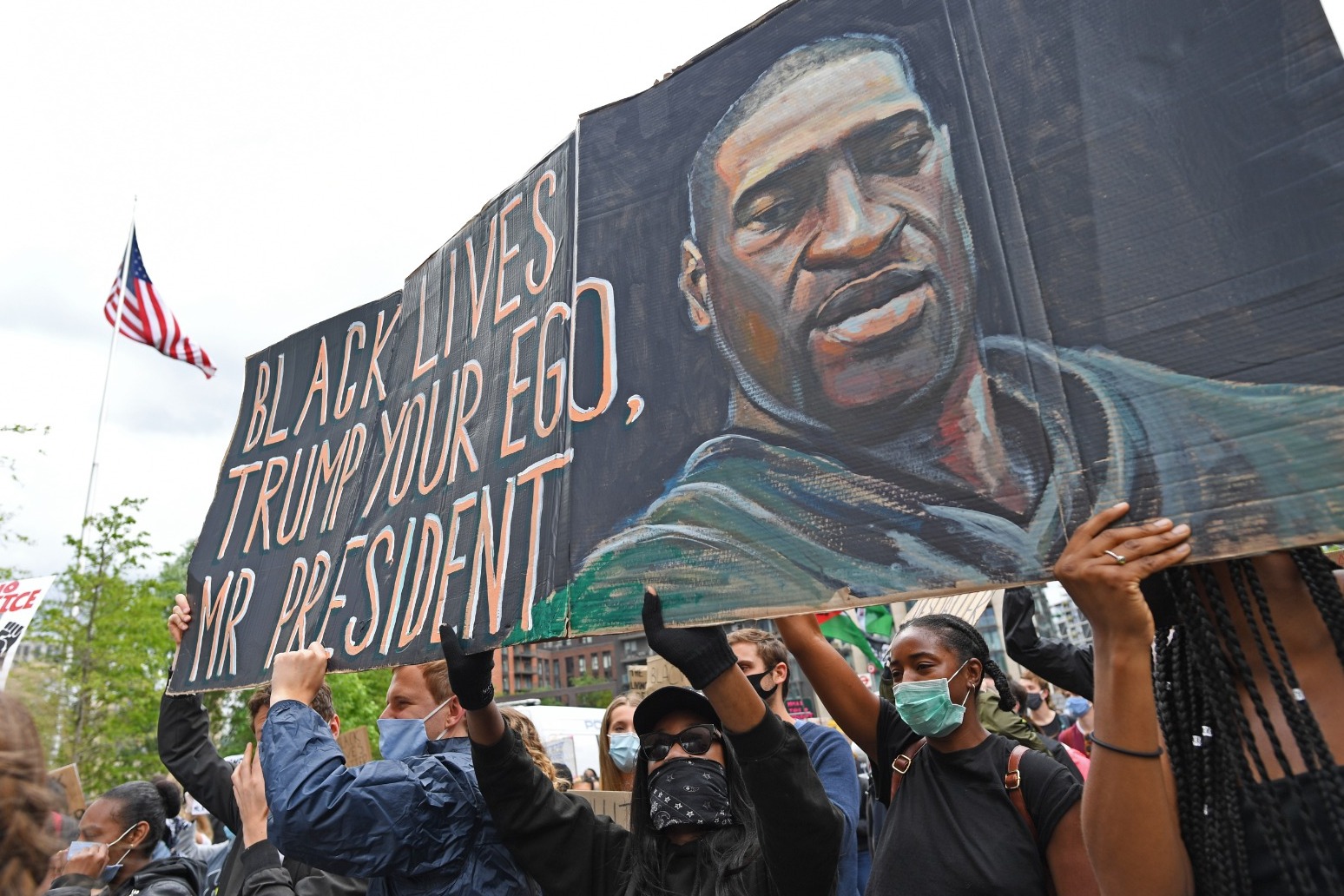 George Floyd has been lovingly remembered as Big Floyd — a “gentle giant”, a father and brother, athlete and mentor, and now a force for change — at a funeral for the black man whose death has sparked a global reckoning over police brutality and racial prejudice.

Hundreds of mourners wearing masks against coronavirus packed a Houston church a little more than two weeks after Mr Floyd was pinned to the pavement by a white Minneapolis police officer who put a knee on his neck for what prosecutors said was eight minutes and 46 seconds.

Video of the encounter, including Mr Floyd’s pleas of “I can’t breathe”, ignited protests and scattered violence across the US and around the world, turning the 46-year-old into a worldwide symbol of injustice.

The Rev William Lawson, who once marched with the Rev Martin Luther King Jr, said of Mr Floyd: “Out of his death has come a movement, a worldwide movement. But that movement is not going to stop after two weeks, three weeks, a month. That movement is going to change the world.”

“George Floyd was not expendable. This is why we’re here,” Democratic representative Al Green told the crowd at the Fountain of Praise church.

“His crime was that he was born black. That was his only crime. George Floyd deserved the dignity and respect that we accord all people just because they are children of a common God.”

While the service was private, at least 50 people gathered outside to pay their respects. Some held signs with messages including “Black Lives Matter” and “Together because of George Floyd”.

Dozens of Mr Floyd’s family members, most dressed in white, were led into the sanctuary by the Rev Al Sharpton, the civil rights activist.

“The president talks about bringing in the military, but he did not say one word about eight minutes and 46 seconds of police murder of George Floyd,” he said.

“He challenged China on human rights. But what about the human right of George Floyd?”

Mr Lawson added: “Obviously the first thing we have to do is clean out the White House.”

Democratic presidential candidate Joe Biden said in a video eulogy played at the service: “No child should have to ask questions that too many black children have had to ask for generations: Why? Now is the time for racial justice. That is the answer we must give to our children when they ask why.”

The funeral came a day after about 6,000 people attended a public memorial in Houston, waiting for hours under baking sun to pay their respects to Mr Floyd, whose body lay in an open gold-coloured coffin.

Over the past six days, memorials for Mr Floyd have also been held in Minneapolis, where he lived in recent years, and Raeford, North Carolina, near where he was born.

After the service, Mr Floyd’s coffin was taken by hearse towards the cemetery in the Houston suburb of Pearland where he was to be buried next to his mother, for whom he cried out as he lay dying. A mile from the graveyard, the coffin was transferred to a glass-sided carriage drawn by a pair of white horses.

Hundreds gathered along the procession route and outside the cemetery entrance in the mid-90s heat.